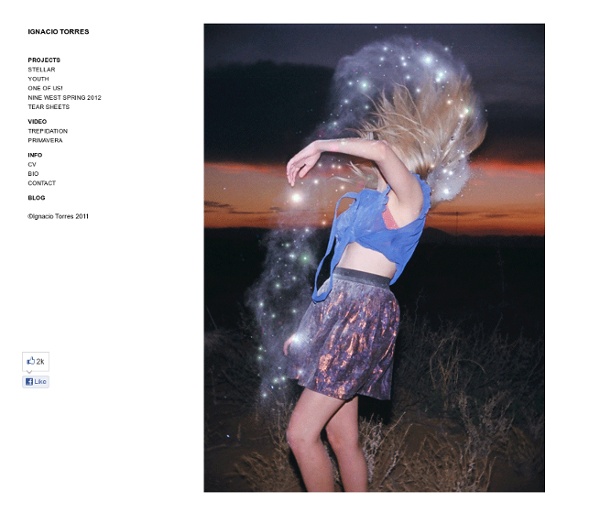 Pencil Vs Camera by Ben Heine Ben Heine (born June 12, 1983 in Abidjan, Ivory coast) is a Belgian multidisciplinary visual artist. He is best known for his original series “Pencil Vs Camera”, “Digital Circlism” and “Flesh and Acrylic”. “Pencil Vs Camera” mixes drawing and photography, imagination and reality. Michał Dziekan Illustrator and character designer Michal Dziekan was born and raised in small town in south-western Poland. He moved to city Wroclaw where he attended Architecture on University of Technology. After three years he left school and moved to Warsaw to work in post production studio Platige Image as a concept artist and matte painter. He stayed in Platige Image from 2007 to 2011, where working on animated commercials and films he got opportunity to gain experience in such fields as vfx compositing, motion graphics animation, animation direction and directing. During that time he was developing as an illustrator and character designer.

Is this Atlantis?: Photographer creates magnificent underwater world for exhibition that can only be viewed 145 feet under the sea By Daily Mail Reporter Published: 00:04 GMT, 1 August 2012 | Updated: 00:57 GMT, 1 August 2012 Greek philosopher Plato wrote of the legendary city of Atlantis, that sunk to the bottom of the ocean. davidcopithorne 2013 Demo Reel Motion Graphics Seascapes photos by Linda McCartney Paul, Stella and James, Scotland, 1982 Stallion, Scotland, 1993 The Beatles, London, 1968

Plog â World, National Photos, Photography and Reportage â The Denver Post Posted Oct 21, 2009 Share This Gallery inShare58 The photographs of Russian chemist and photographer, Sergei Mikhailovich Prokudin-Gorskii, show Russia on the eve of World War I and the coming of the revolution. From 1909-1912 and again in 1915, Prokudin-Gorskii travelled across the Russian Empire, documenting life, landscapes and the work of Russain people. His images were to be a photographic survey of the time. Kaisik Wong In 2002 Kaisik Wong was rescued from the pits of obscurity that almost all California based American designers find themselves in at the end of or beyond their careers. Balenciaga’s Nicholas Ghesquire used the San Franciscan’s work as a key reference for his spring 2002 collection. Wong’s ornate use of patchwork and collage was so inspiring the esteemed wunderkind was even suggested to have copied the late designer. Wong’s designs have come to embody a fiercely avant-garde strain of American fashion that has for the most part kept to the west coast. If American fashion is continuously mocked for producing drab and and boring sportswear it is a lack of demand and not supply that is to blame. Wong worked strictly in his own fantastic realm, reimagining the lives of Atlanteans, Lemurians, and other mythic civilizations, all through the lens of the pacific rim and its multi-cultural synergy with the far east (which is ironically occidental to California).

Human Nature : Debbie Carlos Human Nature , 2004 - 2006 The first time I took pictures of the animal displays at Chicago’s Field Museum, I did so purely out of interest in animals. Framing my photos so as to imitate nature photography seemed natural in an environment where the animals, long dead, are themselves placed and positioned in scenes that recreate their habitats.

Experiment with Nature Definition: Refraction : re·frac·tion – [ri-frak-shuhn] The change of direction of a ray of light in passing obliquely from one medium into another in which its wave velocity is different Markus Reugels of Deutschland uses the properties of refraction to create beautiful miniature worlds inside drops of water.