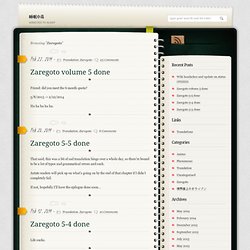 On a side note, as like an official word on Phenomeno, I’m thinking about it. Starting with the previous work, whatever it was called. I don’t want to commit to it because I’m slow enough with Zaregoto, which has a long ways to go, but I have been pondering buying the books and working on them on the side. If someone else wants to translate them instead though, by all means, I’m not exactly clawing over people for dibs :p. Re:Monster ToC. Re:Monster [Japanese Light Novel] Tomokui Kanata has been re-incarnated into the weakest race, goblin, and get a new name Rou, after having undergone an unfortunate death.

However goblin Rou has retained his previous life’s memories, gained an unusual evolution, and kept his ability to gain skills from eating its foes. In this alternate world of survival of the fittest, events unfold. Will a goblin party become the heroes of this world, in a delightful twist from your usual scenario? Baka-Tsuki ePUB Generator. Mirror moon. The Visual Novel Database. 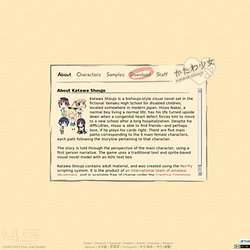 Hisao Nakai, a normal boy living a normal life, has his life turned upside down when a congenital heart defect forces him to move to a new school after a long hospitalization. Despite his difficulties, Hisao is able to find friends—and perhaps love, if he plays his cards right. There are five main paths corresponding to the 5 main female characters, each path following the storyline pertaining to that character. The story is told through the perspective of the main character, using a first person narrative. The game uses a traditional text and sprite-based visual novel model with an ADV text box. 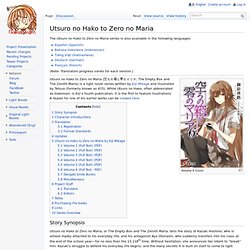 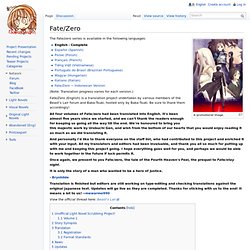 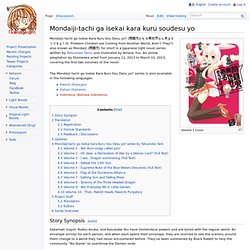 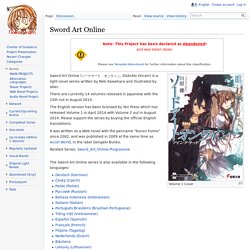 There are currently 14 volumes released in Japanese with the 15th out in August 2014. The English version has been licensed by Yen Press which has released Volume 1 in April 2014 with Volume 2 out in August 2014. Please support the series by buying the official English translations. It was written as a Web novel with the penname "Kunori Fumio" since 2002, and was published in 2009 at the same time as Accel World, in the label Dengeki Bunko.

Zero no Tsukaima. Vol.One Cover The Zero no Tsukaima series is also available in the following languages: (Note: Translation progress varies for each version.) 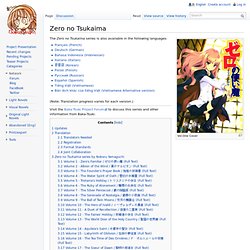 Visit the Baka-Tsuki Project Forum to discuss this series and other information from Baka-Tsuki. Updates It is with sadness that we report that Noboru Yamaguchi, the author of Zero no Tsukaima passed away from cancer on April 4, 2013. January 13, 2014: Volume 20 Chapter 2 + Volume 20 Chapter 3 completed. Silver Cross and Draculea. Volume 1 cover Silver Cross and Draculea is a light novel series written by Totsuki Yuu (十月ユウ) and illustrated by Yasaka Minato (八坂 ミナト). 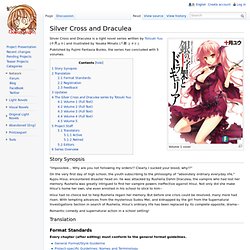 Published by Fujimi Fantasia Bunko, the series has concluded with 5 volumes. Story Synopsis "Impossible... Why are you not following my orders!? On the very first day of high school, the youth subscribing to the philosophy of "absolutely ordinary everyday life," Kujou Hisui, encountered disaster head on: he was attacked by Rushella Dahm Draculea, the vampire who had lost her memory. Hisui had no choice but to help Rushella regain her memory. Romantic comedy and supernatural action in a school setting! Hidan no Aria. The english version of this project has been shut down, as the novel is being worked on in English by Digital Manga. 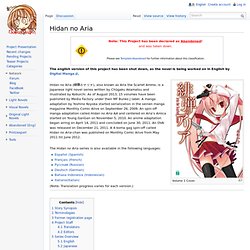 Volume 1 Cover. Hidan no Aria (緋弾のアリア), also known as Aria the Scarlet Ammo, is a Japanese light novel series written by Chūgaku Akamatsu and illustrated by Kobuichi. As of August 2013, 15 volumes have been published by Media Factory under their MF Bunko J label. A manga adaptation by Yoshino Koyoka started serialization in the seinen manga magazine Monthly Comic Alive on September 26, 2009. Chrome Shelled Regios. Cover for Vol 1 Chrome Shelled Regios (鋼殻のレギオス Kōkaku no Regiosu) is a Japanese light novel series by Shūsuke Amagi, with illustrations by Miyū.

The series is completed with 25 volumes and two spin-off trilogies Legend of Regios and Regios Crusade which are chronologically before the main series. The Chrome Shelled Regios series is also available in the following languages: Story Synopsis Regios are moving cities, sheltering humanity on the barren and polluted Earth that is populated by Filth Monsters. Once again, Layfon was forced back into the world of Filth Monsters and defending the city he lived in. Densetsu no Yūsha no Densetsu. Cover for DaiDen Vol 1. Mahouka Koukou no Rettousei. Cover for Mahouka Koukou no Rettousei Vol 1 Mahouka Koukou no Rettousei (魔法科高校の劣等生), literally "The Poor Performing Student of a Magic High School", and also known officially as "The Irregular at Magic High School", is a Japanese light novel series written by Satou Tsutomu (佐島勤), with illustrations by Ishida Kana (石田可奈), published by ASCII Media Works under their Dengeki Bunko label.

The novel began as a web novel serialization in "Let's Become a Novelist" on October 12, 2008. It then became the second web novel after "Sword Art Online", to be commercialized and published by Dengeki in July 2011. An anime adaptation by Madhouse Studios was announced on October 6, 2013, and the anime aired from April 5 to September 27, 2014, for a total of 26 episodes.