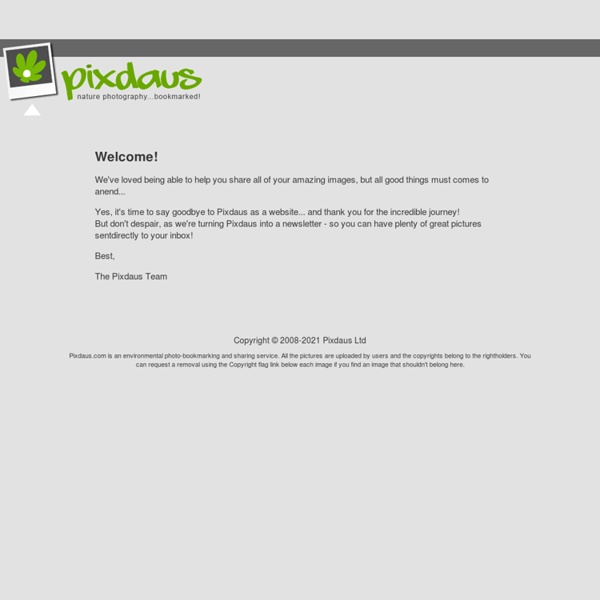 Main You don't need to sign in to browse photoSIG, but you will need to sign in if you want to submit your own photos, enter critiques, or participate in discussions. Don't have an account? You can create an account online. Forgot your password? Top 50 Most Unbelievable – Yet Not Photoshopped Photographs It is hard to be amazed by anything you see on the internet these days, when you know for a fact that any teenager with a computer and a copy of Adobe Photoshop or other photo manipulation software can put together a fake photograph in a couple of minutes. Which would make you completely right to believe that these photographs have been tempered with! Unfortunately, this means there’s a bunch of jaw-dropping images that the internet declared “FAKE!” the moment they appeared! But, you need to be broad minded and always mind that real life is, sometimes, stranger than Photoshopped imagery and some of the most unbelievable, jaw-dropping of those photographs are, in fact, REAL.

Highlights from the 2011 Wikimedia Commons Picture of the Year Contest The winners of the Sixth Annual Wikimedia Commons Picture of the Year Contest were recently announced and the final round gallery is a sight to behold. Since 2006, the contest has featured the best photographs available on Wikimedia Commons. To be eligible, a photograph must first have been featured on the site in 2011. There were a total of 600 pictures featured last year. There are multiple rounds with winners determined by voting by the community. Only eligible users may vote. Smoke Giulia Muraglia Lauren Peralta 13thWitness bree Copyright-Free Photo Archive: Public Domain Photos and Images The photo archive at Gimp-Savvy.com has more than 27,000 free photos and images saved on our own dedicated server, consisting of over 2.5 Gbytes of data. The goal is to make this archive a resource for collage and photo-montage using digital image editing techniques such as those described in Chapter 7 of Grokking the GIMP. To improve the archive's usefulness, full indexing of the images is planned.

Amazing And Unbelievable Photos Beautiful set of unique photos that you have probably never seen before in unique settings such as the migration of sting rays to the thousand hand buddha performance. Lovely photos that would intrigue anyone if they would take a more detailed look. Check out more of amazing and unbelievable photos with 24 more pics after the jump. Top 50 Pictures of the Day for 2011 Every day at 5pm the Sifter posts the Picture of the Day. Below you will find a collection of the Sifter’s Top 50 from 2011. It’s hard to imagine the year is almost over, time seems to fly faster each successive year so it’s fun to take a moment and look back at the year that was. Click any of the pictures below to be taken to the individual post to learn more about the photographer and picture taken. Enjoy and stay sifty my friends!