A blog about drawing, painting, illustration, comics, concept art and other visual arts 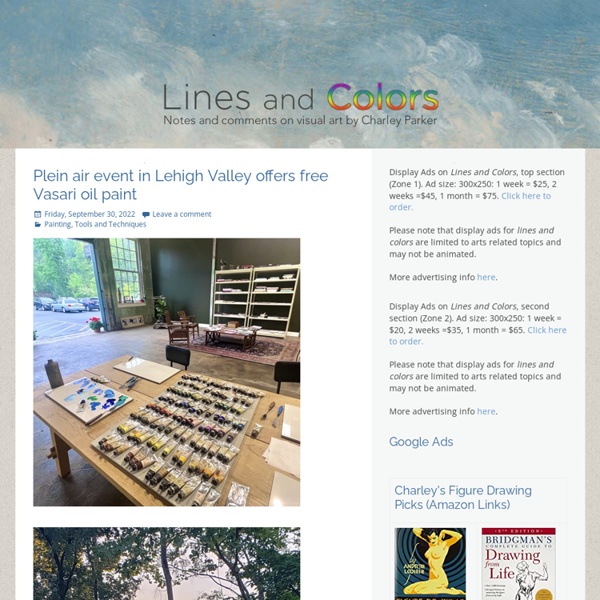 After working for a time in a more traditional style, and through a period in which he experimented with Symboism, French painter Henri-Jean Guillaume Martin eventually settled on a style that is generally considered Divisionism, an offshoot of French Impressionism associated with Pointillism. Like Pointillism, Divisionism was concerned, even more than Impressionism, with the placement of pure dabs of color (or dots, in the case of Pointillism) in arrangements that would optically mix in the viewer’s eye, as opposed to intermediate colors being mixed on the palette. Divisionism was based on color theory popular at the time and was concerned with the scientific basis of human color vision, however inaccurate some of the prevailing assumptions may have been. In Martin’s hands, however, the results were richly poetic, lushly colored and fascinatingly textural canvases, most of which depict the small village of La Bastide du Vert, where Martin eventually settled.

Learn How To Draw Live Figures in Craftsy's: Figure Drawing Atelier Class Description Master figure drawing as you learn classical techniques for rendering from live models! With Watwood’s guidance, you’ll progress from a simple block-in sketch to a gestural drawing to a polished piece with depth and dimension. Chibi drawing tutorials and gallery Chibi and Anatomy Tutorial Chibi Tutorial Draw a chibi bunny tutorial Chibi Tutorial of DOOM 2 Chibi LineArt Tutorial Tutorial :: Chibi Heads Red Nose Studio - 3D Illustrations Chris Sickels is the mastermind behind Red Nose Studio, an ingenious mix of 2D and 3D illustration that create an eccentric world with endearing characters and intricate sets. Chris Sickels grew up on a farm in Winchester IN. He graduated from the Art Academy of Cincinnati 1992-1996 and he was trained as a painter. In 2000, he officially started Red Nose Studio and since then his illustrations have appeared in many magazines worldwide, books, newspapers, adverts and animations, all leading to the increasing popularity he deserves. And in case this looks familiar, you’re right, this is one of the default wallpapers in your Windows 7 desktop files. Enjoy!

How to dry brush. FAQ. Drawing materials For what purpose do you use a scalpel? - Interesting drawing tool. Certainly using a scalpel in portraiture seems strange, nevertheless it's purpose is simple and it is somewhat like the role of an eraser. The only difference is, a scalpel is necessary to create a bright glare, such as on the eyes, teeth, earrings, rings, etc., where an eraser would not manage to create a bright enough highlight.

PSG Art tutorial Foreword I believe there is logic behind why a picture works or not. I also believe that humans are meat machines, and that one day computers will be able to emulate humans and what we do. Since logic can be formulated into rules, guidelines and theories, these can be shared. I will attempt to do so here. Note that I have just empirically deduced the theories I present here, and that I'm a highly fallible meat machine.

A Guide to the Web's Growing Set of Free Image Collections - Robinson Meyer On Monday, the J. Paul Getty Trust launched their Open Content Program, making more than 4,600 high-quality images of artwork available for free online. The digital images -- of paintings by Van Gogh, drawings by Rembrandt, and watercolors by Dürer -- had already fallen into the public domain, but the Getty's program makes their digital reproductions much easier to use on the web. They're not the first museum to put so many images online this year. Drawing blog - Make Awesome Art Travel journal pages It feels like ages ago, but just a few weeks ago I went for a quick family visit to Switzerland. Between catching up with family, I got some drawing done, too: A Live Workshop! This Monday, May 23 I will be teaching a workshop at The Open Draw in Amsterdam. It’ll be all about drawing food, so my mouth is already watering!