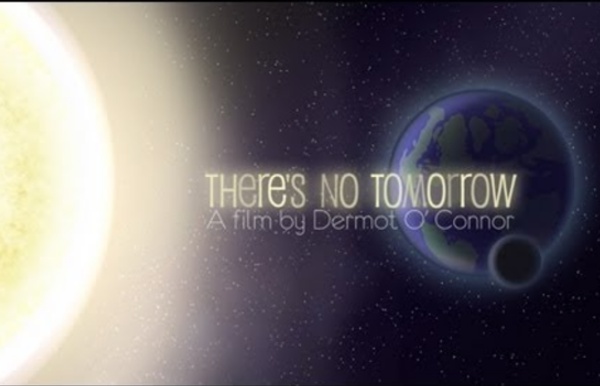 Against climate change disaster porn - Frontpage - e-flux conversations In Jacobin magazine, Daniel Aldana Cohen offers a strident critique112 of a widely read piece on climate change recently published in NY Magazine: "The Uninhabitable Earth" by David Wallace-Wells. Subtitled "What climate change could wreak—sooner than you think," the NY Magazine article explores how dramatic changes to climate patterns, and the corresponding impacts on human life, are not far-off possibilities but rather right around the corner. Cohen doesn't dispute the scientific reality of this. Instead, he argues that sensationalist portrayals of climate disaster divert attention away from the more mundane social inequalities that climate changes exposes and exacerbates.

Nate Hagens: The End of Growth Nate Hagens: The End of Growth length: 50:49 credit: ontheearthproduction Energy Hub, WUD Society and Politics Committee, and Madison Peak Oil Group host energy/finance expert Nate Hagens for a presentation that weaves together economics, anthropology, psychology, finance, trade, energy and human behavior into a coherent story about our human social system. In a visual synthesis using pictures and paintings instead of charts and graphs, Nate uses biophysical first principles to explain how our human economy really works, and how we achieved enormous success over the past two hundred years.

Massive Sargassum Seaweed Bloom is Choking The Caribbean — Climate Change a Likely Culprit According to Caribbean leaders, it’s a disaster that will take at least 100,000 people and 120 million dollars to clean up. And disaster may not be the best word to describe it — for an enormous Caribbean beach and water choking bloom of sargassum algae may be a new abnormal ocean condition. Yet one more dangerous upshot of a warming world. (Great, sulfur-stinking mats of sargassum algae are now choking the beaches and near-shore waters of the Caribbean. In some places the mats are 10 feet deep.

8 Books For a Higher Existence Books are magical inventions. By carrying meaning, they gives us glimpses of experience and knowledge from a different world. Phonetic language, being cut-off from time and place, the Now, helps both to encapsulate the ego more, but also to offer guidance to make it poriferous, letting Eros free. Without books we would lose this guidance.

Recycling is suffering from system failure; it's time for a system redesign We are sacrificing our oceans and filling our landfills in the name of convenience. It's time to pay the bill. According to the Wall Street Journal, “The U.S. recycling industry is breaking down.” Bob Tita writes: Nowtopia: A new politics of work Nowtopia is a book about a new politics of work. It profiles tinkerers, inventors, and improvisational spirits who bring an artistic approach to important tasks that are ignored or undervalued by market society. Rooted in practices that have been emerging over the past few decades, Nowtopia’s exploration of work locates an important thread of self-emancipatory class politics beyond the traditional arena of wage-labor. Outlaw bicycling, urban permaculture, biofuels, free software, even the Burning Man festival, are windows into a scarcely visible social transformation that challenges politics as we know it.

Blog: The power of effective activism The power of persuasion for making a difference is often underappreciated. If you can convince just one other person to care about a cause as much as you, then you’ve easily doubled your impact. But peoples’ efforts at influencing others often aren’t as efficient as they could be. Just as people tend to give to the charity that resonates with them most personally, they often spend years trying to convince friends or family of a cause they care about. What many people don’t realise is that by stepping outside your circle of personal contacts and choosing a strategic approach, your time and influence can go ten or even a hundred times further. Triple your impact in an hour

Propaganda 2.0 and the rise of 'narrative networks' DARPA, the Pentagon's advanced concepts think-tank, is looking to take propaganda to the next level and they're hoping to do so by controlling the very way their targets perceive and interpret the flow of incoming information. The Pentagon believes that by engaging in 'narrative control' they can alter an individual's grasp on reality and the way in which they evaluate current events. Simply put, DARPA is looking to shape minds with stories. Now, this isn't an entirely new concept. The notion of narrative control, or narrative networks, has been bunted around for a few years now. It's been said that history books are written by the victors.