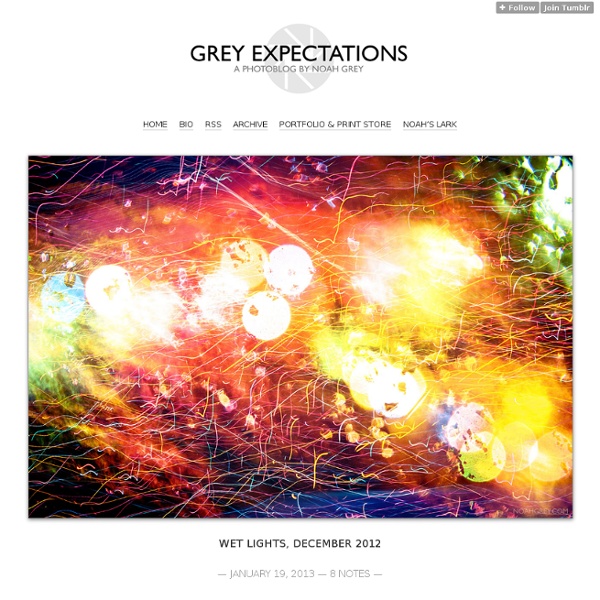 Pictures No Sleep | The Most Amazing Pictures Ever Taken part 2/2 Photographer's Girlfriend Leads Him Around the World My Modern Metropolis Photographer's Girlfriend Leads Him Around the World Photographer Murad Osmann creatively documents his travels around the world with his girlfriend leading the way in his ongoing series known as Follow Me To. Chronicling his adventures on Instagram, the Russian photographer composes each shot in a similar fashion. With her back turned, never revealing her face to the camera, Osmann's girlfriend guides us all on a journey across the globe to some of the most beautiful, exotic, and radiant environments. Murad Osmann on Instagram via [Big Picture] You might like: More Revealing Portraits of Everyday Foods Sliced in Half Sweet and Sexually Charged Photography Sexy Ballpoint Pen Art (13 pieces) 19-Year-Old Holds Nothing Back with Her Mysteriously Beautiful Portraits Recommended by Views: 977315 Tags: Follow Me To, Murad Osmann, photo Share Twitter Facebook Facebook Add a Comment You need to be a member of My Modern Metropolis to add comments! Join My Modern Metropolis cool

Underwater Dog Photographer Helping Shelter Pets Pet photographer Seth Casteel enjoys the unexpected. And that’s a good thing, since his photos of dogs—taken as he plays underwater with them—have become a viral overnight success. Casteel’s underwater photos reveal surprising emotions: a Labrador Retriever menacingly bares his teeth, a Bulldog looks wide-eyed in astonishment, and a Border Collie appears slightly goofy as she dives after a tennis ball. “My whole thing is that I do what the pets like to do. Casteel first dove into a pool with a dog when he was taking photos of Buster, a Cavalier King Charles Spaniel. Casteel started shooting more underwater photos of dogs and eventually splurged to buy an underwater housing for his camera. Fast forward to this past February when his underwater dog photos suddenly exploded online. Since then, Casteel has been running with the big dogs. He’s had to turn down private clients through his pet photography company, Little Friends Photo.

23 of the world’s most insane caves that you can explore [PICs] For some of the caves listed below, you’ll need some pretty gnarly climbing / spelunking equipment and a support crew. For others, all you’ll need is a pair of sneakers and a few dollars. In any case, after checking out these pics you may want to read up on how to become a good caver. Crystal Cave - Mexico Giant Crystal Cave, in Naica, Chihuahua, Mexico, contains some of the largest crystals ever discovered. The crystals - the largest one being 39' long and weighing 55 tons - were formed over 500,000 years when a magma chamber under the cave heated and filled the ground water with minerals. Stephen's Gap - Alabama This vertical cave in Alabama can be entered either by repelling the 143' drop through a keyhole, or scrambling down some rocks through a second entrance. Blue Grotto - Capri Callao Cave - Philippines Calloa Cave, in the Cagayan Valley, consists of seven chambers, each with natural crevices that provide light. Majlis al Jinn - Oman Minnehaha Falls - Minnesota Sea Lion Cave - Oregon

Winter in the Carpathian Mountains [20 Pics Winter in the Carpathian Mountains [20 Pics] Jan 9 2014 The Carpathian range spans 1,500km and holds one third of all the plant species in Europe. It's a home to many animal species such as brown bears, wolves, chamois and lynxes. Photos by Alexander Kotenko. The Carpathian chain consists of mountain ranges that stretch in an arc from the Czech Republic (3%) in the northwest through Slovakia (17%), Poland (10%), Hungary (4%) and Ukraine (11%) to Romania (53%) in the east and on to the Iron Gates on the River Danube between Romania and Serbia (2%) in the south. The Carpathians and their piedmont also concentrate many thermal and mineral waters, with Romania having over one-third of the European total. See more photo posts Like our Facebook page & receive daily updates on your wall: The Beauty of Carpathian Mountains, Ukraine [16 Pics] Oct 21 2012 Ever since my brother and I were young, our parents would always take us to Carpathian Mountains for short vacations. View Post

On a Rainy Day...Gregory Thielker's Paintings (Not Photos) - 8 Total Under the Unminding Sky We love Gregory Thielker's art, not only because we can't believe they're actually paintings and not photographs, but also because he can transport us into another time and place. When we look at his paintings, Thielker wants us to experience those moments when we're driving in our car on a cold and rainy day. He wants us to remember the thoughts that go through our heads, how on one hand we feel safe and warm but on the other we're trying to navigate through an uncertain environment. Gregory Thielker on his art: "My most recent paintings and drawings explore the sensation of seeing from a car while driving through the rain. The paintings themselves are compiled from hundreds of photographs taken while driving in rainstorms with the windshield wipers turned off. Route 7 Cash Only Mass Pike Toll McGrath Highway Coming to a Complete Stop Harrison Avenue Study Vortex Gregory Thielker

Explore Middle-earth Map legend Lonely Planet - Recommended Destination Lonely Planet Recommended destination The Hobbit - Cast Videos The Hobbit Cast videos Lonely Planet - Day Trip Lonely Planet Day Trip Explore New Zealand Bay of Islands Turquoise waters lapping in pretty bays, dolphins frolicking at the bows of boats, pods of orcas gliding gracefully by: chances are these are the kind of images that drew you to New Zealand in the first place, and these are exactly the kind of experiences that the Bay of Islands delivers so well. A perfect day in... Auckland, Wellington & Queenstown A perfect day in… Auckland Start by acquainting yourself with the inner city. Waitomo Caves Waitomo is a must-see: an astonishing maze of subterranean caves, canyons and rivers perforating the northern King Country limestone. Hobbiton (Matamata) Rotorua Order breakfast at Third Place Café, then stroll the lakeside at Ohinemutu, continuing back into town via steamy Kuirau Park. Lake Taupo Tongariro National Park Abel Tasman National Park