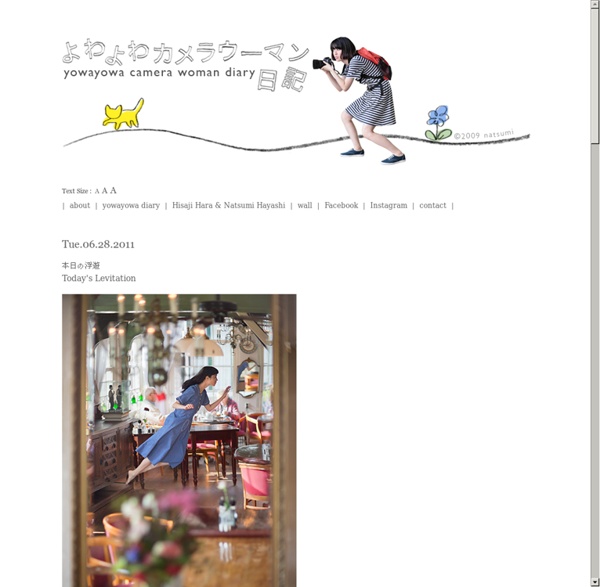 Amy's FAQs - Matt Moyer & Amy Toensing As a kid, I was obsessed with this book “The Family of Woman”. It’s a compilation of black and white photographs that tells the story of womanhood. It’s the feminine story of humanity; it has no borders in terms of race, politics or geography. I could never get enough of it and eventually the cover fell off and pages slipped out. The reason I was so drawn to it was it made me feel connected to the world.

City Reflection Series Andrea and Rob Stone are two American photographers who have recently made a series called “City Reflection” in which they take buildings’ facades in differents cities. A mix of moving mirrors, metals, frozen surfaces, waves and colors, to discover in the next part of the article. Interview: Magical Insect Photographer When we first came across Nadav Bagim's macro insect photography, we were taken aback by just how magical he could make their miniature world look. His photos seemed like they came out of a storybook or a Disney/Pixar movie. Filled with beautiful colors and a generous helping of bokeh, they seemed almost out of this world. After we found out that he only uses Photoshop for slight tweaks, we were even more impressed. So much so that we got in touch with the photographer to ask him a few questions about his creative process and to see if he might share with us some of his tips.

Kento Mizuno Kento Mizuno’s keen eye, skill, and passion for capturing nature are far beyond his years. A senior at The Bay School of San Francisco, Mizuno has already interned with a National Geographic photographer and won several nature photography awards including a high school scholarship sponsored by the North American Nature Photography Association (NANPA). His photographs are featured in private collections in Paris, New York, and San Francisco. In this interview with Photoshop.com, he shares feelings about photography and his creative process. Photoshop.com: What piece of equipment can’t you live without and why? Kento Mizuno: Besides my Nikon D300 and my computer, I wouldn't be able to live without any of my f1.4 lenses.

Edmund and Sophie's Photo Page: Holga Tips A few things absolute beginners should know about Holga So you've never used a Holga before, but you vaguely heard about this toy camera or you just saw it at the local photo store and were charmed by the sheer bubble-gum quality of it. Maybe you've worked with 35mm or digital photo before, but you've never shot anything like this plastic box. Water Wigs on the Behance Network We just finished shooting a new project we call Water Wigs. The concept is simple and it is another visual exploration of something new and totally different. We found a bunch of awesome bald men and hurled water balloons at their heads, to capture the explosion of water at various intervals. The result a new head of of water hair! We used a laser and sound trigger to capture the right moments for each subject to create just the head of hair that fit best with the face. We chose to work with triads of colors to create images that are arresting and amusing at the same time.