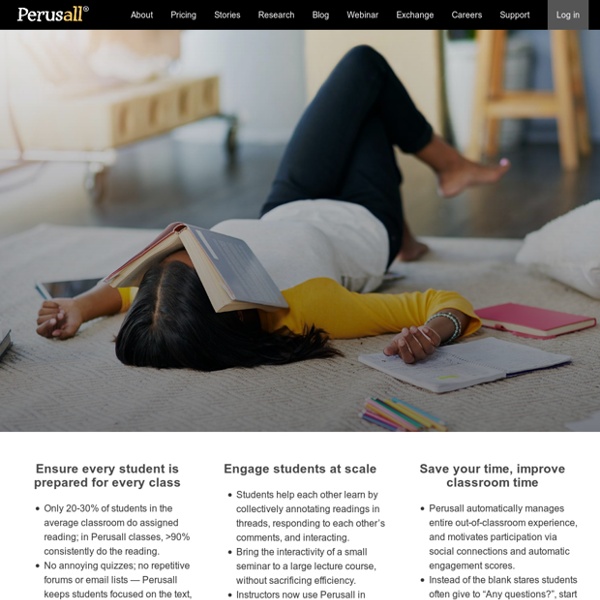 European Press and the Presidential Election The outcome of the US presidential election affects the lives of millions of people around the world. So it's probably not surprising that many Europeans are resentful that only Americans will have a say in it. European media are saturated with election coverage that is heavily biased in favor of the Democrats. And, as in past elections, European elites are also demanding the right to help choose the next occupant of the White House. What follows is a brief survey of what some Europeans are saying about the American way of democracy. An editorial in the Brussels-based, center-right De Standaard articulates a view shared by many Europeans:

Spanish Verbs Find topics in left sidebar in top menu.Anyone who has studied Spanish knows that one of the biggest challenges is to learn all of the verb conjugations. That’s why we created this section. Spanish Verb Quizzes When combined with Camino del éxito, these Spanish verb drills will finally allow you to master the verb tenses so that you start to use them automatically in your speech. For each topic you can generate quiz after quiz after quiz, giving you the practice you need to succeed. Election Issues Of 2016: Education College affordability, the Common Core and teacher evaluations are shaping up to be major issues in the 2016 presidential election. Election Issues Of 2016: Education. (Video via U.S. Project Outcomes Video Results Policy Guide Training Materials Calendario de 12 lados Download a 12 sided calendar Download a dodecahedral calendar. You may choose between PostScript and PDF format. Choose PostScript format if you want to mark holidays and birthdays.

Donald Trump vs Hillary Clinton on List of political stances Immigration issues Should the government increase or decrease the amount of temporary work visas given to high-skilled immigrant workers? stats discuss Donald Trump’s answer: Decrease, companies are currently taking advantage of this program to decrease wages Because it is a mess. I think for a period of a year to two years we have to look back and we have to see, just to answer the second part of your question, where we are, where we stand, what's going...Source

Calendario: cree calendarios mensuales a partir de sus fotografías. Home · Turn off Ads · Product Info · Forum · Twitter · Facebook · Education · Help/Contact · FAQ Register or sign in · Cart · Order status First time here? Welcome! We have a lot of fun stuff to play with like ourMotivational Poster maker, Magazine Cover maker, Pop Art poster, and much more! Play as much as you likeâ€”everything is free. Trump Vs. Clinton: Where The Candidates Fall On The Most Important Issues It's finally down to two. The people have voted and they've chosen Hillary Clinton and Donald Trump as the Democratic and Republican nominees for the presidency. To mark the beginning of the general election season, here's a primer on where the candidates stand on the essential issues of the 2016 presidential election. Gun Control Donald Trump Fewer Restrictions On Guns

Compare the Candidates: Where Do Clinton and Trump Stand on Education Issues? July 15, 2016 | Updated: August 2, 2016 The Democratic nominee for president, Hillary Clinton, and Republican nominee Donald Trump have yet to release comprehensive K-12 policy plans. To give a sense of where they stand, Education Week reviewed their statements, proposals, and positions on a dozen education policy issues, from school choice to school safety. Some material is drawn from their 2016 presidential campaigns, some from before they began their current quests for the White House. For a review of the education records and statements from other parties' presidential candidates, including the Green Party’s presumptive nominee Jill Stein and Libertarian Party nominee Gary Johnson, click here. Select a Topic

Where They Stand on Economic Issues Jobs and Income Many Americans have grown anxious that the economy hasn’t lived up to its promise over the past 15 years of creating job growth that provides upward mobility and broadly shared prosperity. Instead, the nation has gone through two recessions marked by bubbles—one in the stock market and the other in housing—that were followed by recoveries in which economic growth returned but job growth lagged. Laying out a vision for how to restore widespread job and income gains is shaping up to be the top priority of the incoming president. Compare the candidates: Clinton vs. Trump on immigration Editor's note: This is the first in a series of stories comparing the candidates' positions on major policy issues. Presidential candidates Donald Trump and Hillary Clinton have taken opposite roads on their quest for immigration reform. Trump calls for mass deportations, migrant bans and a wall to keep away people from coming into the country, while Clinton wants a pathway to citizenship, immigrant integration and protection from deportation. Trump and Clinton both say they favor secure borders, but in every other respect they are at odds over how they’d tackle key immigrant issues. Experts on both sides of the debate cast the candidates’ proposals as radical, arguing Trump is overtly anti-immigrant while Clinton is too lax on policies. Frank Sharry, executive director of America’s Voice, which supports immigrant rights and comprehensive immigration reform, calls Trump "the most hardcore anti-immigrant" presidential candidate in modern American history.

What’s at Stake CLINTON favors raising the federal minimum wage to $12 an hour and providing more tax breaks for working families. She wants the wealthiest Americans to pay higher taxes. She also wants the government to spend more on infrastructure projects like roads and bridges to provide jobs and grow the economy. TRUMP says the U.S. needs to renegotiate its trade deals to make them more beneficial to American companies and workers. He’s also proposed a 45 percent tariff on goods coming into the U.S. from China.

What it is: Collaborative annotation and commenting eReader tool. Learners log into a class (using a class code) and have assignments to collectively read. These assignments can be PDFs, EPUBS, videos, podcasts, websites, etc. Learners click to open threaded annotations. They can tag each other in threads, create hashtags, and engage in real time with each other over a reading. Perusall has an expansive bookstore for textbooks selection and use in a course. Pros: Free. Turns learning and assigned material into a collaborative process. LMS integration (where possible) allows for syncing of grades of annotations to LMS gradebook. Automatic grading off annotations on several customizable dimensions. Cons: Auto grading is sometimes not up to what I would award a student's post. Small learning curve to acclimate to the software. by jamesnb1 Jun 18