Electing a US President in Plain English 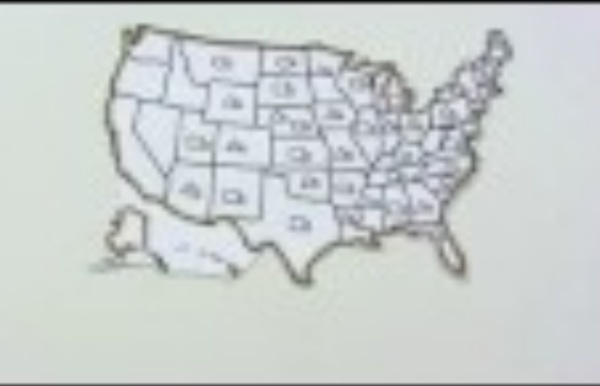 Boris Johnson: UK must not return to status quo after Covid-19 pandemic Boris Johnson has said the UK must not return to the status quo after the coronavirus pandemic, promising a transformation akin to the “new Jerusalem” the postwar cabinet pledged in 1945. The prime minister also mounted a robust defence of the private sector, saying “free enterprise” must lead the recovery and that that he intended to significantly roll back the extraordinary state intervention the crisis had necessitated. In a markedly upbeat speech, Johnson said the UK was and would be “the greatest place on Earth”, and that it was “the measure of the greatness of this country that we are simply not going to let [the pandemic] hold us back or slow us down”. Speaking at the Conservative party’s virtual conference, the prime minister said the “ructions” caused by the pandemic would lead to a transformation of the UK by 2030, with mass home ownership, electric vehicles, better broadband and blue passports. “After all we have been through, it is not enough just to go back to before.

Introduction of United States presidential election, 2016 (Wikipedia) The 2016 election for President of the United States will take place on Tuesday, November 8. Voters will elect the next President and the next Vice President of the United States. Background[change | change source] English Reading Practice – Australia Australia Australia is a country in the south Pacific Ocean. It is also one of the seven continents of the world. A "continent" is a very large piece of land. Clinton, Trump Are a Study in Contrasts American businessman Donald Trump and former Secretary of State Hillary Clinton are likely to face each other in the U.S. presidential election this year. Both candidates call New York State their home. But that might be the only thing they have in common. Donald Trump came from a wealthy family. He is known for building hotels and casinos around the world. The businessman says that the U.S. political system is broken and it will take a non-politician like himself to fix it.

Election Day is held on the Tuesday after the first Monday in November. Grades 3 – 5 | Lesson Plan | Unit Voting! What's It All About? Students explore a variety of sources for information about voting. They evaluate the information to determine if it is fact or opinion, and then create a graffiti wall about voting. Grades 4 – 5 | Lesson Plan | Standard Lesson Diana Rigg, Avengers and Game of Thrones star, dies aged 82 The actor Diana Rigg, known for her roles on stage and in film and television – including The Avengers and On Her Majesty’s Secret Service – has died at the age of 82. Rigg, who rose to prominence in the 1960s through her starring role as Emma Peel in The Avengers alongside Patrick Macnee, enjoyed a long and varied career, playing Lady Olenna Tyrell in HBO’s smash hit Game of Thrones, a show she admitted in 2019 that she had never watched. She also played Countess Teresa di Vicenzo, or Tracy Bond, James Bond’s first and only wife to date, in the 1969 film On Her Majesty’s Secret Service. Confirming her death, her agent said that Rigg had died “peacefully” on Thursday morning, adding that she had been “at home with her family who have asked for privacy at this difficult time”. The pair appeared together in the Doctor Who episode The Crimson Horror in 2013.

Election Issues Of 2016: Education College affordability, the Common Core and teacher evaluations are shaping up to be major issues in the 2016 presidential election. Election Issues Of 2016: Education. (Video via U.S. Department of Education) College affordability is shaping up to be a major campaign issue, and it’s not hard to see why. Approximately 40 million Americans are saddled with a collective $1.2 trillion in student loan debt. Election Printables Ask the Candidate Have students complete a graphic organizer. Download this Printable (PDF) Branches of Government Students read about the three branches of U.S. government, then answer questions.

Election 2016: Lesson Plans and Digital Resources for Educators This election has been unlike any in modern history. According to a survey of educators by Teaching Tolerance, the campaign’s contentious tone has spilled over into classrooms. Presidential elections are exciting for students and provide an opportunity to discuss and debate a range of issues in the classroom. But this year, that excitement is more likely to turn into conflict. Setting ground rules and promoting civility in debates can help students avoid conflicts and encourage fruitful debates. How?

Related:  US elections
Related:  English: History and Culture   -  news updates   -  Understanding the American Presidential Election   -  Around the world   -  civilisation   -  ELECTIONS USA   -  documents British civilisation   -  British civilisation   -  Alberta Election   -  presidential pm   -  Election Resources   -  US presidential elections   -  US Presidential Election   -  presidential debates   -  Presidential election in the USA 2016   -  US Presidential Debate   -  The US election system   -  The 2016 US presidential elections   -  Famous Biographies & TV Shows   -  DAVID HOCKNEY   -  Teaching With Documents   -  Home - They Draw & Travel   -  From the creators of SparkNotes, something better.   -  How the Electoral College Works - YouTube   -  The Trouble with the Electoral College - YouTube   -  videos   -  The Science of “Intuition” | Brain Pickings   -  How To Design a Lucky Life   -  Do we live in a computer simulation? UW researchers say idea can be tested   -  PsyBlog’s 10 Most Popular Psychological Insights From 2012 — PsyBlog   -  How to Identify Your Passions   -  Why Focus Makes Us Smarter--and 8 Ways to Sharpen Yours | Big Think   -  Michel Bauwens: Four Scenarios for the Collaborative Economy - YouTube   -  Founders Online: Home   -  Food in Jars - A blog dedicated to canning, preserving, and pantry staples made from scratch.   -  Founding Fathers of the United States - Wikipedia, the free encyclopedia   -  9 questions about Syria you were too embarrassed to ask   -  25 Spiritual Lessons   -  How Chris McCandless Died : The New Yorker