Of prime ministers and presidents: Thatcher's forgotten legacy. By Tony Hudson It all started with Maggie. 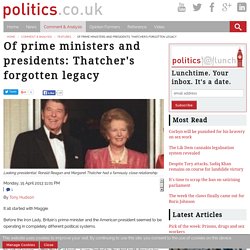 Before the Iron Lady, Britain's prime minister and the American president seemed to be operating in completely different political systems. While the US president is often referred to as 'the most powerful man in the world', it may be more accurate to say the president is 'the most influential man in the world' as his actual power – within the US at least – is very limited by the strict institutional rules created by the US constitution.

In the UK, the prime minister was a man operating from a position of potential weakness: everything about his ability to govern depended on the size of his majority in the Commons. Then came Thatcher. Dr James Boys, a senior visiting research fellow at King's College, London, says the media often likes to talk about the American system being "broken" when a president struggles to get legislation passed. "What they fail to take into account is that the system is designed that way – it's an invitation to struggle. Our British democracy is a presidential system - minus the President. The intense frenzy that has engulfed David Cameron in recent days is nothing new. 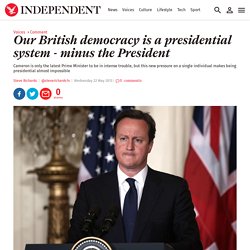 Most of the elements would be familiar to all recent Prime Ministers. Read the vivid diaries of Alastair Campbell and they take you back to the crazy days when Tony Blair seemed to leap from one nerve-shredding crisis to the next, the media speculating whether Blair would survive the week. Go back to the Prime Minister before Blair and recall that John Major was on the edge of a cliff for most of the time. Go further back and even the deified Margaret Thatcher lurched from one seemingly terminal emergency to another for much of her reign.

Move on from Blair, and Gordon Brown was in a permanent crisis. There are specific and substantial reasons for this in each case. But he is a talented politician and an intelligent student of politics. Again, I stress that in Cameron’s case there is good cause for the headlines of recent days. Is the Prime Minister Becoming More Presidential? In an election that Britain's political commentators have called the closest in decades, one thing that seems certain, if opinion polls are any guide, is that only one party leader, Mr. 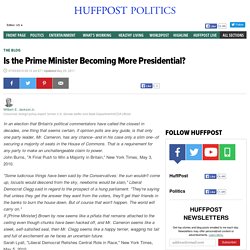 Cameron, has any chance--and in his case only a slim one--of securing a majority of seats in the House of Commons. That is a requirement for any party to make an unchallengeable claim to power. John Burns, "A Final Push to Win a Majority in Britain," New York Times, May 3, 2010. "Some ludicrous things have been said by the Conservatives: the sun wouldn't come up, locusts would descend from the sky, newborns would be slain," Liberal Democrat Clegg said in regard to the prospect of a hung parliament. The British prime minister has become more prime ministerial and less like a president – Ballots & Bullets. The July issue of Parliamentary Affairs is now online and this issue’s Editor’s Choice is The Prime Ministerialisation of the British Prime Minister by Keith Dowding. 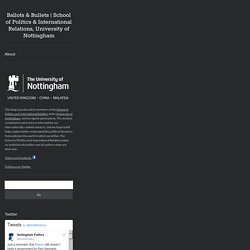 The full article is free to download from the Oxford Journals website. For forty years or more commentators have suggested that the British prime minister is becoming presidential. Whilst the recent coalition government has given some pause to that claim it shows little sign of permanently abating. There are two issues here. EU debate raises questions over power at the top of government. One of the odder things about the wrangle over Britain’s EU membership is that very few people seem at all worried about who exactly is a member of the cabinet. 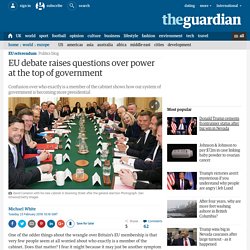 Does that matter? I fear it might because it may just be another symptom of the decay of cabinet government in favour of a more presidential system, one adjusted to the needs of TV like major sports now are. Are there six cabinet ministers supporting the Brexit campaign, as is routinely asserted? No, there are five: Priti Patel is usually included alongside IDS, Gove, Whittingdale, Grayling and Villiers because she ticks a couple of obvious boxes and attends cabinet, one of seven ministers of state thus favoured.

But Patel is not a member of the cabinet. I could go on here. There was a joke doing the rounds in the 80s that then US president Ronald Reagan had addressed a visitor as “Mr Mayor” only to be told he was actually his cabinet member for housing and urban development. But we don’t often think of it, do we?