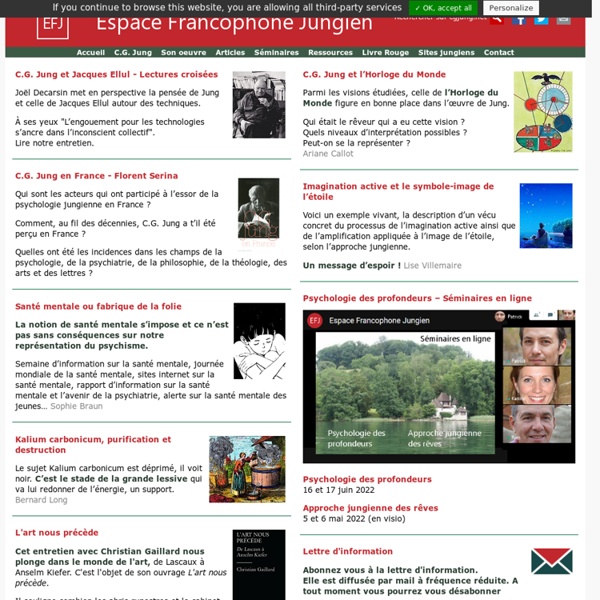 Perception . . . Something To Think About. . . Washington, DC Metro Station on a cold January morning in 2007. The man with a violin played six Bach pieces for about 45 minutes. During that time approx. 2 thousand people went through the station, most of them on their way to work. After 3 minutes a middle aged man noticed there was a musician playing.

The Secret Language of Symbols A Guide to The Structure of Spiritual Emblems There is a secret language we all recognize, but few are fluent in- the language of symbols. Symbols surround us in myriad forms and form an inextricable part of our daily lives, yet unlike our spoken languages, schooling in symbolism is left to the individual initiative. Even in religious teaching, symbols are presented as emblems of belonging, mere historical artifacts one wears to identify with one’s faith. Many of the symbols we take for granted today as static signs of religious or secular life were created long ago, representations of the movements of earth and heaven, symbols of the seasons, and representations of cosmic and earthly deities.

70 Reminders to Help You Break Any Barrier I am pleased to introduce this guest article by a new friend John, the creator of HiLife2B, where he hopes to inspire people and to help them achieve their dreams. Follow him on Twitter: @janyasor 1. Believe that even the smallest compliment can save someone’s life Ram Dass Biography[edit] Youth and education[edit] Richard Alpert was born to a Jewish family in Newton, Massachusetts. Progress of the Soul Contemplation Visit the CoSM Shop Praying Praying is a portrait revealing a sun in the heart and mind. From the inner light in the center of brain, a halo emanates and surrounds the head. The halo is inscribed with signs of contemplation from six different paths: The symbols of Yin and Yang f...

The Heroes of Myth and Folklore: Part One – Defining a Hero Herakles battling the Hydra There is a special genre of tales in the texts of Hellenic mythology that recounts the deeds of extraordinary men and women such as Herakles, Perseus, Jason and Medeia to name but a few. These larger-than-life people are called the Heroes. Their stories derive from the most ancient form of the oral tradition and have evolved through the ages into the symbolic and historical mythology of mortals who were granted immortality through their destinies and the homage and remembrance of their descendants.

Personality Subtypes Summary The following is a series of figures that summarize the several subtypes of each of the personalities. It is Millon's view that there are few pure variants of any personality prototype. Rather, most persons evidence a mixed picture, that is, a personality that tends to blend a major variant with one or more subsidiary or secondary variants. Thus, as can be seen below, where there is a box listing several Schizoid subtypes, the reader will note four varieties, the affectless schizoid subtype, the remote, the languid and the depersonalized.

The Top 10 Psychology Studies of 2010 The end of 2010 fast approaches, and I'm thrilled to have been asked by the editors of Psychology Today to write about the Top 10 psychology studies of the year. I've focused on studies that I personally feel stand out, not only as examples of great science, but even more importantly, as examples of how the science of psychology can improve our lives. Each study has a clear "take home" message, offering the reader an insight or a simple strategy they can use to reach their goals , strengthen their relationships, make better decisions, or become happier. If you extract the wisdom from these ten studies and apply them in your own life, 2011 just might be a very good year.

Aldous Huxley Aldous Leonard Huxley /ˈhʌksli/ (26 July 1894 – 22 November 1963) was an English writer, philosopher and a prominent member of the Huxley family. He was best known for his novels including Brave New World, set in a dystopian London, and for non-fiction books, such as The Doors of Perception, which recalls experiences when taking a psychedelic drug, and a wide-ranging output of essays. Early in his career Huxley edited the magazine Oxford Poetry, and published short stories and poetry. Mid career and later, he published travel writing, film stories and scripts. He spent the later part of his life in the US, living in Los Angeles from 1937 until his death.

Art by George AthertonArt by George Atherton Geo made this piece while he was traveling in India, immersed in asana, pranayama, meditation and lucid dreaming. His studies and resulting experiences gave him a clearer image of the relationships between the Chakras, the nervous & endocrine systems, diet, Prana & Chi, and heightened spiritual experiences. He wanted to embed these teachings of inner balance into the symbolism of the piece. From Joseph Cambell’s Myths of Light: ‘The two spinal nerves at either side of the sushumna (central spinal channel), left and right, are, respectively, the channels of the female and the male energies (ida & pingala), which the ordered breathing of the yogi is to bring together. Moreover, the kundalini itself, the coiled serpent power, is conceived as female.’

How to Detect Lies - body language, reactions, speech patterns Interesting Info -> Lying Index -> How to Detect Lies Become a Human Lie Detector (Part 1) Warning: sometimes ignorance is bliss. After gaining this knowledge, you may be hurt when it is obvious that someone is lying to you. The following deception detection techniques are used by police, forensic psychologists, security experts and other investigators. Introduction to Detecting Lies: