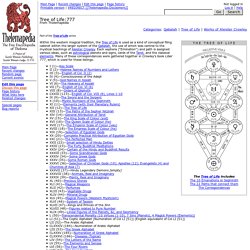 Tree of Life. From Thelemapedia Categories: Qabalah | Tree of Life The Tree of Life is a tool used to categorize and organize various mystical concepts, and is central to the teachings of Aleister Crowley and the Qabalah. 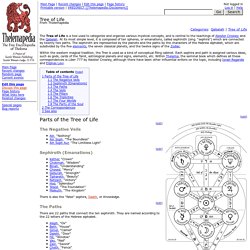 At its most simple level, it is composed of ten spheres, or emanations, called sephiroth (sing. "sephira") which are connected by twenty two paths. The sephiroth are represented by the planets and the paths by the characters of the Hebrew alphabet, which are subdivided by the five elements, the seven classical planets, and the twelve signs of the Zodiac. Tree of Life - Ten Sephirot of Kabbalah - Etz Chaim - Kabbalah Tree of Life. The Tree of Life, called the Etz Chaim in Hebrew, is a common visual depiction of the ten sephirot of Kabbalah. 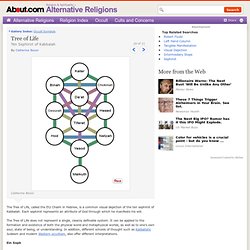 Each sephirot represents an attribute of God through which he manifests his will. The Tree of Life does not represent a single, cleanly definable system.