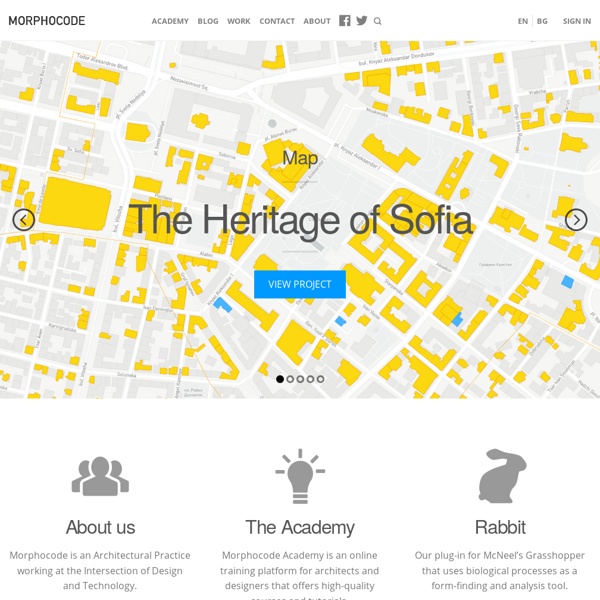 Identifying emotions based on brain activity and machine-learning techniques The image shows the average positions of brain regions used to identify emotional states (credit: Karim S. Kassam et al./Carnegie Mellon University) Scientists at Carnegie Mellon University have identified which emotion a person is experiencing based on brain activity. The study, published in the June 19 issue of PLOS ONE (open access), combines functional magnetic resonance imaging (fMRI) and machine learning to measure brain signals to accurately read emotions in individuals. Led by researchers in CMU’s Dietrich College of Humanities and Social Sciences, the findings illustrate how the brain categorizes feelings, giving researchers the first reliable process to analyze emotions. Until now, research on emotions has been long stymied by the lack of reliable methods to evaluate them, mostly because people are often reluctant to honestly report their feelings. Identifying emotions based on neural activity builds on previous discoveries by CMU’s Marcel Just and Tom M. Just, the D.O.

o---FANCYWIRES--{>} An Introduction to Deep Learning (in Java): From Perceptrons to Deep Networks In recent years, there’s been a resurgence in the field of Artificial Intelligence. It’s spread beyond the academic world with major players like Google, Microsoft, and Facebook creating their own research teams and making some impressive acquisitions. Some this can be attributed to the abundance of raw data generated by social network users, much of which needs to be analyzed, the rise of advanced data science solutions, as well as to the cheap computational power available via GPGPUs. But beyond these phenomena, this resurgence has been powered in no small part by a new trend in AI, specifically in machine learning, known as “Deep Learning”. (For full disclosure: I’m also the author of a Java deep learning library, available here, and the examples in this article are implemented using the above library. A Thirty Second Tutorial on Machine Learning In case you’re not familiar, check out this introduction to machine learning: The general procedure is as follows: Training the Perceptron

PET_LAB — open source design research laboratory After a semester of intense work the students of Marc Fornes’, Stephan Henrich’s and Francois Roche’s (n)certainties studio presented their final work today at usc. The studio opened a new territory for usc by venturing deeply into a speculative realm of materiality, technology and ultimately architecture. Subversively leaving the bounds of what at usc is called a ‘comprehensive building design’, the studio allowed for the in depth investigation of designs schemes on the level of proto architecture. Forays into materials and conceptual designs of robots provided the pre text for developing liberating narratives for speculations on architectural fictions. Critics were: Volkan Alkanoglu, Benjamin Ball, David Gerber, Alvin Huang, Neil Leach, David C. Here is a brief studio outline ‘The studio is targeted by the hypothesis of transforming the ’social contract’, confronted to the mass media culture biotope and to define the morphologies of (n)certainties (biotopes) 4.0.

Top 10 Algorithms for Coding Interview PDF: Update History, Latest version (8/1/2016) The following are the common subjects in coding interviews. As understanding those concepts requires much more effort, this tutorial only serves as an introduction. The subjects that are covered include: 1) String/Array/Matrix, 2) Linked List, 3) Tree, 4) Heap, 5) Graph, 6) Sorting, 7) Dynamic Programming, 8) Bit Manipulation, 9) Combinations and Permutations, and 10) Math Problems. I highly recommend you to read "Simple Java" first, if you need a brief review of Java basics. 1. An algorithm problem's input is often a string or array. 2. Common methods to solve matrix related problem include DFS, BFS, dynamic programming, etc. 3. The implementation of a linked list is pretty simple in Java. Two popular applications of linked list are stack and queue. Stack Queue The Java standard library contains a class called "Stack". 4. A tree normally refers to a binary tree. Here are some concepts related with trees: 4.1 Tree 4.2 Heap 4.3 Trie 4.4 Segment Tree

flower_Window Pattern(rhinoScript + grasshopper + weaverbird + pointReconstruction) 很簡單的運用三種基本的Rhino外掛加上RhinoScript Grasshopper, WeaverBird, pointReconstruction 所形成的變化形牆壁 有點像中國的花窗形式 Simply using the three basic Rhino Plug-in Grasshopper, WeaverBird, pointReconstruction, and RhinoScript to create the pattern wall which is familiar with traditional Chinese windows. 首先 先使用RhinoScript在平面上產生亂數的點 生成2D的Voronoi線段 將這些線段利用"surface from planar curve"的指令 產生面之後 再透過Mesh from Surface/Polygon的指令 將Surface變成Mesh 最後再送到grasshopper裡面 進行WeaverBird的處理部分 First, using the rhinoScript to populate random points on plan. to get the outlines. Third, we use these outlines to make the surface with "surface from planar curve" and transfer them into mesh by "Mesh from Surface/Polygon." After All, we send these meshes to the grasshopper and use the weaver bird to get the pattern. 先試著用長形的來操作 調整第一個D前面的Slider可以調整開口大小 Changing the slider of the first "D", we can control the size of the opening Render 再來試著在同一塊平面Voronoi上 將其分割並給訂不同開口大小 亦會產生有趣的紋理 Then we try to divide the Voronoi into separate parts to create interesting Pattern.

Quantum Machine Learning Singularity from Google, Kurzweil and Dwave ? Dwave's 512 qubit system can speedup the solution of Google's machine learning algorithms by 50,000 times in 25% of the problem cases. This could make it the fastest system for solving Google's problems. Google and Dwave have been working on sparse coding, deep learning and unattended machine learning with Dwave's quantum computer helping to get better and faster results in some cases. Google research discusses the use of quantum computers for AI and machine learning. [Google has ] already developed some quantum machine learning algorithms. Can we move these ideas from theory to practice, building real solutions on quantum hardware? Nextbigfuture covered an earlier article about Sparse Coding at Dwave Hartmut Neven, Google Director of Engineering on Quantum Machine Learning Machine learning is highly difficult. Classical computers aren’t well suited to these types of creative problems. That’s where quantum computing comes in. Dwave is on track to eight thousand qubits by about 2017.

Metacademy A new digital ecology is evolving, and humans are being left behind This is an excellent point. You mean something similar to Valve's fee on steam's marketplace? They take 10% cut out of every transaction, no matter how big or small. Unfortunately, it (the Tobin tax mentioned in the article ) is being resisted by some very powerful people. Not really, that's more akin to the capital gains tax already in place. The problem is that because these taxes are based on percentage, its fairly easy for the algorithms to overcome the higher tax rate with small margins and massive trade volume. For the algorithms, however, this is a major roadblock. The added overhead of the fee means that this method will not work as well if at all.

Autopoietic Computing | DarkAI Blog Proposed by: darklight@darkai.org on 12/30/2013 Reality augmented autopoietic social structures A self replicating machine is a machine which can make a copy of itself. Just as biological entities have DNA which operates on the same principle of self replication, the same fundamental process which takes place in biological organisms can take place in artificial lifeforms. This fundamental phenomena allows robots to essentially create clones of themselves. Computing software protocols like Bitcoin rely on decentralized self replicating nodes to create a unified shared blockchain which acts as the public ledger for the network. Self replication of a reality augmented autopoietic social machine can be facilitated by many different methods. The protochain could just as easily have been called a seedchain. The 3d printer could be considered a replicating machine but it is not a self replicating machine until the 3d printer can print another 3d printer. References Ackley, D. Eder, D.

As Machines Get Smarter, Evidence They Learn Like Us The brain performs its canonical task — learning — by tweaking its myriad connections according to a secret set of rules. To unlock these secrets, scientists 30 years ago began developing computer models that try to replicate the learning process. Now, a growing number of experiments are revealing that these models behave strikingly similar to actual brains when performing certain tasks. Researchers say the similarities suggest a basic correspondence between the brains’ and computers’ underlying learning algorithms. The algorithm used by a computer model called the Boltzmann machine, invented by Geoffrey Hinton and Terry Sejnowski in 1983, appears particularly promising as a simple theoretical explanation of a number of brain processes, including development, memory formation, object and sound recognition, and the sleep-wake cycle. Multilayer neural networks consist of layers of artificial neurons with weighted connections between them. Brain Machines Keith Penner Build-a-Brain

Visualizing Algorithms The power of the unaided mind is highly overrated… The real powers come from devising external aids that enhance cognitive abilities. —Donald Norman Algorithms are a fascinating use case for visualization. To visualize an algorithm, we don’t merely fit data to a chart; there is no primary dataset. Instead there are logical rules that describe behavior. But algorithms are also a reminder that visualization is more than a tool for finding patterns in data. #Sampling Before I can explain the first algorithm, I first need to explain the problem it addresses. Light — electromagnetic radiation — the light emanating from this screen, traveling through the air, focused by your lens and projected onto the retina — is a continuous signal. This reduction process is called sampling, and it is essential to vision. Sampling is made difficult by competing goals. Unfortunately, creating a Poisson-disc distribution is hard. Here’s how it works: Now here’s the code: The distance function is simple geometry:

Gestalten Looking through an atlas has always been a fascinating way to explore the world. Around the World is a contemporary evolution of an atlas tailored to our information age that takes its readers around the globe in 272 pages. In this book, compelling information graphics illustrate how natural and man-made phenomena impact our lives. Alongside classic facts about nature, history, population, culture, and politics, Around the World’s eye-catching information graphics clearly explain complex processes such as global trade and evolving demographics. Around the World alternates between providing information on general subjects such as families, languages, life expectancies, natural disasters, eating habits, economies, prosperity gaps, or religions and providing more specific details about hobbies, coffee consumption, overfishing, soccer, and internet providers. Like any other atlas, Around the World cannot claim to be a complete record. Around The World–The Atlas for Today from Gestalten.tv