The girl who silenced the world for 5 minutes 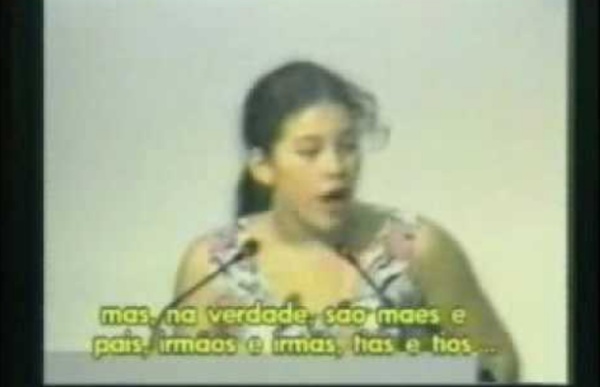 7 Basic Things You Won't Believe You're All Doing Wrong If you're like us, you might sometimes have a problem with complex tasks, like trying to drive an ambulance and send a text message at the same time. But hey, at least most of us have figured out the simplest things that get us through the day, right? Except, you know, some of the simple things we've done every day of our lives, like ... What could be simpler than taking a good crap? Even babies are good at it. A Social Enterprise dedicated to protecting and enhancing the Mental Health and Wellbeing of Young People and their Community Generation Next Blog ← Man Dies After Three-Day Internet Gaming Binge • Are Wellbeing Programmes Making Any Difference? →

Europe Climate Change Protests: Teenage Girls Organize Mass School Walkouts And Protests Eric Lalmand / AFP / Getty Images LONDON — A huge student protest movement led almost exclusively by teenage girls and young women is sweeping Europe, and it's on the brink of breaking through in the US. So far this year, tens of thousands of high school–age students in Belgium, Germany, and Sweden have boycotted class and protested against climate change. The loose movement’s inspiration, a 16-year-old girl who began a solitary picket last year outside the Swedish Parliament in Stockholm, has compared the protests to the March for Our Lives movement organized by the Parkland teens in the wake of a shooting at their school that left 17 dead. In the latest mass climate strikes, large crowds took to the streets in The Hague on Thursday, in the largest such protest in the Netherlands so far.

A Urine Powered Generator : Maker Faire Africa Posted on Tuesday, November 6, 2012 · 168 Comments Possibly one of the more unexpected products at Maker Faire Africa this year in Lagos is a urine powered generator, created by four girls. The girls are Duro-Aina Adebola (14), Akindele Abiola (14), Faleke Oluwatoyin (14) and Bello Eniola (15). 1 Liter of urine gives you 6 hours of electricity. 50 Life Secrets and Tips Memorize something everyday.Not only will this leave your brain sharp and your memory functioning, you will also have a huge library of quotes to bust out at any moment. Poetry, sayings and philosophies are your best options.Constantly try to reduce your attachment to possessions.Those who are heavy-set with material desires will have a lot of trouble when their things are taken away from them or lost. Possessions do end up owning you, not the other way around. Become a person of minimal needs and you will be much more content.Develop an endless curiosity about this world.Become an explorer and view the world as your jungle. Stop and observe all of the little things as completely unique events. Try new things.

Search for "random acts of kindness" - Who Arted? Random Acts of Kindness Tree Did you know there is a Random Acts of Kindness Day? It’s celebrated every year on February 17th… But why limit yourself to one day a year? David Suzuki Biography David Suzuki, Co-Founder of the David Suzuki Foundation, is an award-winning scientist, environmentalist and broadcaster. He is renowned for his radio and television programs that explain the complexities of the natural sciences in a compelling, easily understood way. Dr.

Time to Panic. - Mr. Wallace-Wells is the author of the forthcoming “The Uninhabitable Earth: Life After Warming.” And unfortunately, as climate change has been dawning more fully into view over the past several decades, all the cognitive biases that push us toward complacency have been abetted by our storytelling about warming — by journalism defined by caution in describing the scale and speed of the threat. So what can we do? And by the way, who’s “we”? The size of the threat from climate change means that organization is necessary at every level — communities, states, nations and international agreements that coordinate action among them.

15-Year-Old Develops Hollow Flashlight Powered by Body Heat From a sleeping bag that charges your gadgets to entire buildings warmed by body heat, scientists are harvesting the heat emitted by humans as a source of renewable energy. But the latest development in thermoelectric energy generation doesn’t come from a high-tech lab at MIT; it comes from Ann Makosinski, a 15-year-old Canadian girl who developed a flashlight that is powered by the heat from a human hand. With the aim of reducing the number of single-use batteries that are thrown in landfills, Makosinski developed the innovative flashlight, which can be developed cheaply and deployed to populations that can’t afford electricity to light their homes. To create the thermoelectric flashlight, Makosinski used Peltier tiles, which produce electricity when heated on one side and cooled on the other. Makosinski fashioned the flashlight out of an aluminum tube housed in a PVC tube with an opening to allow a person’s hand to come into contact with the Peltier tiles.

10 simple habits to improve self-esteem Low self-esteem is like driving through life with your handbreak on. – Maxwell Maltz There are tons of articles out there claiming capability to change your life for the better, but the truth is that it’s completely up to you. Or not. Let me paraphrase that. In order to change anything in your life you need to look up for your old limiting habits first. Henderson Rubin Creative Design Studio: Freebie Friday~Let's Celebrate Kindness Printables Hi all! Happy Friday! Today I am sharing my favorite quotes on KINDNESS. I keep a collection of quotes on KINDNESS and wanted to share them in a different way other then simply just retyping the quote.

John Muir In his later life, Muir devoted most of his time to the preservation of the Western forests. He petitioned the U.S. Congress for the National Park bill that was passed in 1890, establishing Yosemite and Sequoia National Parks. The spiritual quality and enthusiasm toward nature expressed in his writings inspired readers, including presidents and congressmen, to take action to help preserve large nature areas.[3] He is today referred to as the "Father of the National Parks"[4] and the National Park Service has produced a short documentary about his life.[5] Muir's biographer, Steven J. Holmes, believes that Muir has become "one of the patron saints of twentieth-century American environmental activity," both political and recreational.

(2) International Rebellion Our leaders have failed us. This twisted system is killing us. It has us headed for extinction.