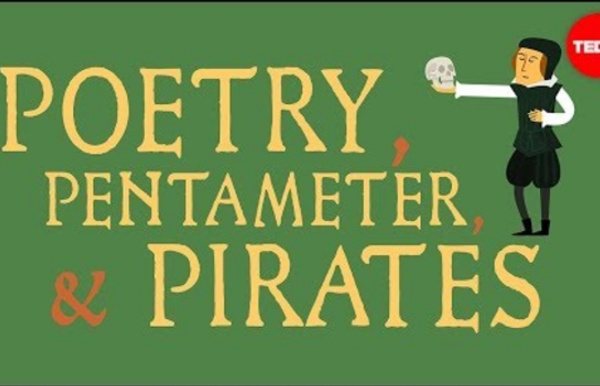 Spraktrollet - Grammar Search this site Grammar Links to sites with various grammar exercises. For links to specific areas of grammar, please see subpages to this page! Grammar. Renaissance for Kids: Elizabethan Era History >> Renaissance for Kids The Elizabethan Era took place from 1558 to 1603 and is considered by many historians to be the golden age in English History. During this era England experienced peace and prosperity while the arts flourished. The time period is named after Queen Elizabeth I who ruled England during this time.

How the English Language Is Shakespeare's Language Almost all students of English, native and non-native speakers alike, have to study the works of William Shakespeare. Most do so begrudgingly. Part of this reaction is because, despite reassurances from teachers that Shakespeare was one of the most influential writers in the English language (and in the world), many students don’t understand exactly how profound Shakespeare’s influence was on the development of the English language. Here’s some food for thought:

Romeo and Juliet Balcony Scene Act 2 with Explanatory Notes Romeo and Juliet: Annotated Balcony Scene, Act 2, Scene 2 Please see the bottom of the main scene page for more explanatory notes. Scene II. Capulet's Garden. [Enter Romeo.] What’s a smartphone made of? - Kim Preshoff While recycling electronic waste, also known as recycling e-waste, is the right thing to do, it still has repercussions on the people who are working to provide the service. This article explains a bit about some of those issues: E-Waste Offers an Economic Opportunity as Well as Toxicity. Curious about what exactly is in your smartphone? The Secret Life of a Smart Phone from the Environmental Protection Agency in the United States is a great resource! Shakespeare's Coined Words in Depth Words Shakespeare Coined From The Shakespeare Key. Charles and Mary Cowden Clarke. Shakespeare, with the right and might of a true poet, and with his peculiar royal privilege as king of all poets, has minted several words that deserve to become current in our language.

Plato's "Ladder of Love" The "ladder of love" is a metaphor that occurs in Plato’s Symposium. Socrates, making a speech in praise of Eros, recounts the teachings of a priestess, Diotima. The “ladder” represents the ascent a lover might make from purely physical attraction to a beautiful body, the lowest rung, to contemplation of the Form of Beauty itself. How many verb tenses are there in English? - Anna Ananichuk While the categories of tense and aspect are commonly thought of as verb properties, there are examples of nominal (meaning noun) tenses. In languages like Guarani, widely spoken in South Africa, or Tundra Nenets, used in Siberia, Russia, nouns have suffixes that give them past or future meaning. For example, ‘a broken vase’ is vase + past tense modifier, literally “what used to be a vase”, a ‘law student’ is lawyer + future tense suffix, and tea is nothing more than past tense leaves. Another wonderful verbal category closely related to tense is evidentiality, or indication of the nature of evidence for a given statement. In English we usually specify the source of information using special words ("reportedly") or phrases ("from what he told me"). However, other languages have whole systems of adverbial suffixes meant to show where the knowledge came from.

'Anonymous' and the great Shakespeare debate Conspiracy theories about large, global events get thrown up time and again. True, it’s easy to be taken in by new evidence, but usually flaws are eventually exposed and these theories then fade away until new ones come along. So in some ways you really have to applaud Roland Emmerich’s new film ‘Anonymous’. In it, William Shakespeare, often thought of as the greatest writer in the English language, is shown not to be the author of his famous plays.

Elizabethan Humours Many of Shakespeare’s characters recognizably represent a specific humour. Falstaff is the most famous sanguine character in literature. Hamlet, of course, is the melancholy Dane. Laertes is obviously choleric, while he associates his sister Ophelia with “too much of water” — suggesting she is phlegmatic. Shakespeare also uses the references to humours for comedic effect. For example, after the play within the play, Guildenstern tells Hamlet that the King “Is in his retirement marvelous distempered.” Will the ocean ever run out of fish? - Ayana Elizabeth Ocean solutions: This article pulls together the full spectrum of solutions to ocean challenges, with a handy graphic. Jacquet et al. 2011. Scanning the Oceans for Solutions. Solutions.New models for sustainable, local seafood: Similar to community supported agriculture (CSAs) on land, community supported fisheries can deliver fresh seafood and ensure fishermen get a fair price – see, for example, Dock to Dish, which supports local fishermen and ensures traceability. There are also ways of farming seafood (aka aquaculture) sustainably – see, for example, Greenwave, which has innovated vertical farming of oyster, mussels, clams, and seaweeds.