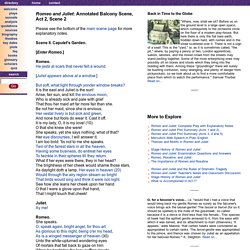 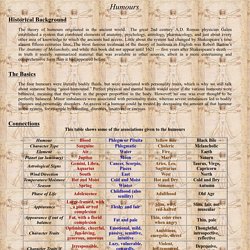 Falstaff is the most famous sanguine character in literature. Hamlet, of course, is the melancholy Dane. Laertes is obviously choleric, while he associates his sister Ophelia with “too much of water” — suggesting she is phlegmatic. Shakespeare also uses the references to humours for comedic effect. Fortuna & The Wheel of Fortune. In The Merchant of Venice, Portia, an affluent and quick-witted heiress from Belmont, aids in rescuing Antonio from his legal plight with Shylock. 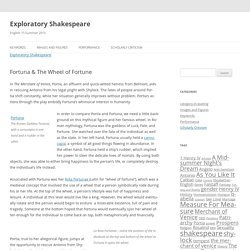 The fates of people around Portia shift constantly, while her situation generally improves without problem. Portia’s actions through the play embody Fortuna’s whimsical interest in humanity. The Roman Goddess Fortuna, with a cornucopia in one hand and a rudder in the other. In order to compare Portia and Fortuna, we need a little background on this mythical figure and her famous wheel. In Roman mythology, Fortuna was the goddess of Luck, Fate, and Fortune. Associated with Fortuna was her Rota Fortunae (Latin for “wheel of fortune”), which was a medieval concept that involved the use of a wheel that a person symbolically rode during his or her life. “A pair of star-cross’d lovers take their life”: Does Fate Control Our Actions or Does Man’s Free Will? During the Elizabethan era, one’s destiny or fate was viewed by most as predetermined. 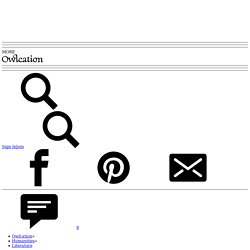 “Most of the people in Shakespeare’s time believed in astrology, the philosophy that a person’s life was partly determined by the stars and the planets” (Bouchard). One important exception was William Shakespeare. While his writings show inferences of destiny through fate, he leaned towards Aristotle’s theory, that one’s fate is determined in part by hamartia, or fatal flaw, or by one’s own errors. Shakespeare: Original pronunciation. Elizabethan Era Social class Hierarchy. Hierarchy in the Elizabethan era in England was very important, so much so that through it, one could understand important elements of history during those days. 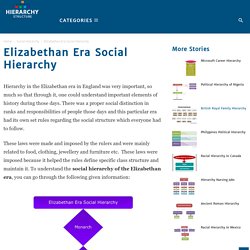 There was a proper social distinction in ranks and responsibilities of people those days and this particular era had its own set rules regarding the social structure which everyone had to follow. These laws were made and imposed by the rulers and were mainly related to food, clothing, jewellery and furniture etc. These laws were imposed because it helped the rules define specific class structure and maintain it. The Influence of the Renaissance in Shakespeare's Time. Key features of Renaissance culture. Andrew Dickson follows the progress of the Renaissance through Europe, and examines the educational, religious, artistic and geographical developments that shaped culture during the period. 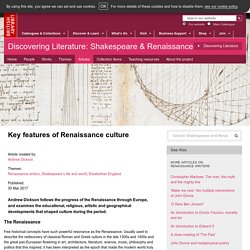 The Renaissance Few historical concepts have such powerful resonance as the Renaissance. Usually used to describe the rediscovery of classical Roman and Greek culture in the late 1300s and 1400s and the great pan-European flowering in art, architecture, literature, science, music, philosophy and politics that this inspired, it has been interpreted as the epoch that made the modern world truly modern. But the term ‘renaissance’ (French for ‘rebirth’) was never used during the period itself – it was invented by 19th-century historians – and its remit is still hotly disputed. 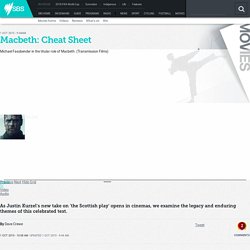 It has been staged and reinterpreted countless times across all corners of the globe. Yet when it comes to cinema, the reigning adaptation remains Roman Polanski’s 1971 Playboy production. Until now. Australian director Justin Kurzel’s classical interpretation of the Scottish Play, flanked by the formidable Michael Fassbender and the exceptional Marion Cotillard, may well usurp Polanski yet. The Opening Lines of Romeo and Juliet Recited in the Original Accent of Shakespeare's Time. Words that Change the World. Susan Schaller believes that the best idea she ever had in her life had to do with an isolated young man she met one day at a community college. 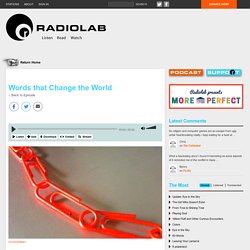 He was 27-years-old at the time, and though he had been born deaf, no one had ever taught him to sign. He had lived his entire life without language--until Susan found a way to reach out to him. Charles Fernyhough doesn't think that very young children think--at least not in a way he'd recognize as thinking. Charles explains what he means by walking us through an experiment in a white room. And Elizabeth Spelke weighs in with research from her baby lab--which suggests a child's brain begins as a series of islands, until it can find the right words and phrases to bridge the gaps.