Theatre - Theater. The Complete Works of William Shakespeare. Bringing Shakespeare to life - Shakespeare for Kids Books. Whether you’re a teacher trying to inspire a love of Shakespeare in your students, or a parent who wants to get your child excited about literature and history, it can be both enjoyable and educational to take Shakespeare from the stage to the home. 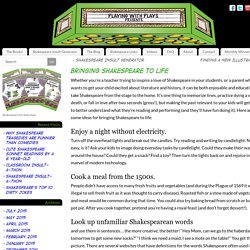 It’s one thing to memorize lines, practice dying a valiant death, or fall in love after two seconds (gross!) , but making the past relevant to your kids will get them to better understand what they’re reading and performing (and they’ll have fun doing it). Bodleian Digitized Books. Creative Classroom / Character Analysis. Character Analysis – Type (or print really neatly) your character analysis. 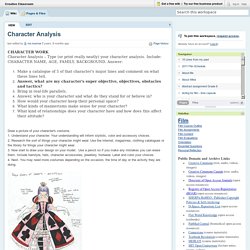 Include: CHARACTER NAME, AGE, FAMILY, BACKGROUND. Answer: Make a catalogue of 5 of that character's major lines and comment on what these lines tell.Answer, what are my character's super objective, objectives, obstacles and tactics? Bring in real-life parallels.Answer, who is your character and what do they stand for or believe in? How would your character keep their personal space? 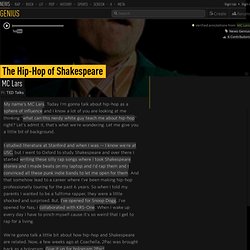 Today I'm gonna talk about hip-hop as a sphere of influence and I know a lot of you are looking at me thinking "what can this nerdy white guy teach me about hip-hop" right? Let's admit it, that's what we're wondering. The hip-hop of Shakespeare: MC Lars at TEDxUSC. A Midsummer Night's Dream. HISTORY OF ENGLISH LANGUAGE 4 This Earth, This Realm, This England doc series. The Show / Globe to Globe. Fry's Planet Word : ABC TV. Stephen Fry travels the globe, taking viewers on a journey through the thousands of years since man first mastered speech to the cyber world of today with its HTML, codes and texting. 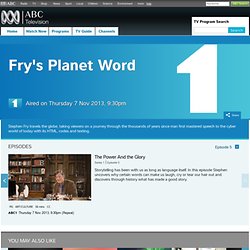 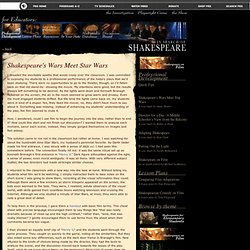 I was committed to exposing my students to a professional performance of the history plays that we'd been studying. There were no opportunities to go to the theater, though, so I'd fallen back on that old stand-by: showing the movie. My intentions were good, but the results always left something to be desired. As the lights went down and Kenneth Branagh flickered on the screen, the air in the room seemed to grow warm and drowsy. William Shakespeare. Richard puts his plan to become king into action, first turning King Edward against his brother Clarence, having him imprisoned and later murdered. 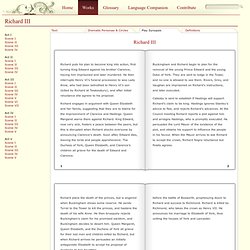 He then interrupts Henry VI’s funeral procession to woo Lady Anne, who had been betrothed to Henry VI’s son (killed by Richard at Tewkesbury), and after initial reluctance she agrees to his proposal. Richard engages in argument with Queen Elizabeth and her family, suggesting that they are to blame for the imprisonment of Clarence and Hastings. Queen Margaret warns them against Richard. King Edward, now very sick, fosters a peace between the peers, but this is disrupted when Richard shocks everyone by announcing Clarence’s death. 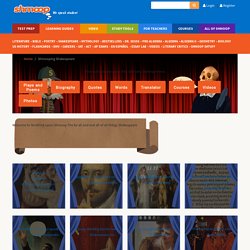 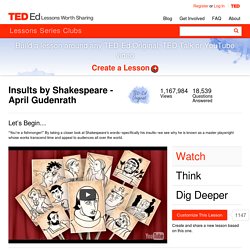 Based in London, THSC offers young people a different view of the arts and ultimately themselves. Through our education programmes, live music events and music theatre productions we engage young people, particularly those who are considered “hard to reach” and push them toward artistic excellence. Remixing Shakespeare. 3D animation: see London as it looked before the Great Fire. A team of six students from De Montfort University in Leicester has won the Off the Map competition for turning historic maps from the British Library into realistic and detailed 3D scenery.

The competition was a joint endeavour between The British Library and video game developers GameCity and Crytek. Participating teams and universities were allowed to choose from three different maps as their inspiration: The Pyramids of Giza, Wiltshire’s Stonehenge, or London around the time of the Great Fire in 1666. The winning team chose the London map and built the set shown in the 3D fly-through, realistically recreating the tightly packed streets and lanes of the capital city. “The haze effect lying over the city is brilliant,” says Tom Harper, panel judge and curator at the British Library.