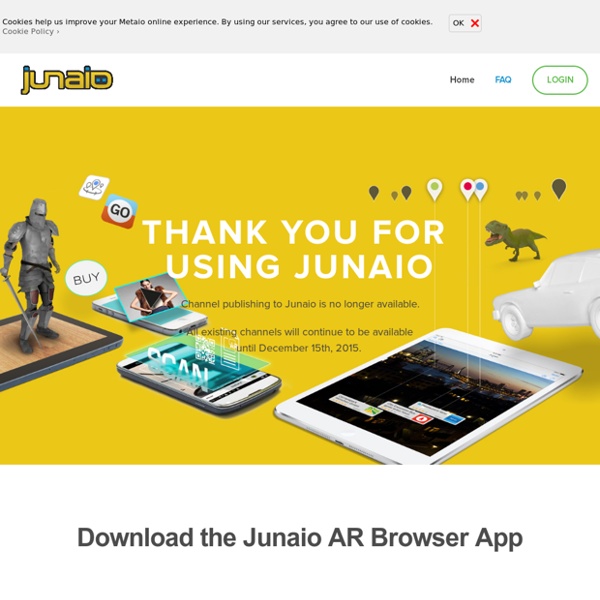 Brightkite/Layar advertising Location-based social network Brightkite announced this morning that it has added what it calls the first mobile Augmented Reality advertising for U.S. markets to its AR layer in the Layar augmented reality browser. Augmented Reality (AR) is a class of technologies that place data from the web on top of a camera view of the physical world. Layar is a browser for a wide variety of AR data layers, from real-estate listings to government data to messages posted to networks like Brightkite. It is available for Android phones and was available on the iPhone until it was withdrawn from the marketplace last week due to excessive crashes.

String launches with ‘fast, powerful’ augmented reality platform for iOS A new augmented reality startup launches today. String Augmented Reality claims to be a fast and powerful augmented reality technology for iOS. String claims to be capable of live two-way broadcast AR capabilities using Kinect, something they developed with Norwegian company Labrat. An application for this might be watching a live concert projected into your living room, in full 3D augmented reality. CEO and founder Alan Maxwell says the company is releasing an SDK for developers today (a developer licence is £79). Examples include 3D real-life motion capture AR, developed in partnership with Brighton-based Digicave.

Yelp Sneaks Augmented Reality Into iPhone App Just a day after we published a feature about smartphones accelerating the development of augmented reality, Yelp sneaked a secret AR feature into an update of its iPhone app. Exclusive to iPhone 3GS owners, the feature is accessible through an Easter egg, which is activated by shaking the handset three times. A message will appear reading, “The Monocle has been activated,” and then a Monocle button will appear in the upper-right corner. Tapping that button will launch your iPhone camera, and digital overlays of business listings, accompanied by star ratings, appear on screen. The app presumably draws its geo-aware powers from the iPhone 3GS’ digital compass and GPS. Layar augmented reality browser now a reality on Android; coming soon to iPhone Ok, seriously… Layar kicks ass. Big time. Sure you look ridiculous swinging your phone around to see which new icons jump onto the screen, but it’s totally worth it.

Augmented reality: it's like real life, but better Don't act too surprised if, some time in the next year, you meet someone who explains that their business card isn't just a card; it's an augmented reality business card. You can see a collection and, at visualcard.me, you can even design your own, by adding a special marker to your card, which, once put in front of a webcam linked to the internet, will show not only your contact details but also a video or sound clip. Or pretty much anything you want. It's not just business cards. London Fashion Week has tried them out too: little symbols that look like barcodes printed onto shirts, which, when viewed through a webcam, come to life. Benetton is using augmented reality for a campaign that kicked off last month, in which it is trying to find models from among the general population.

Brightkite Layar advertising Augmented reality and geo-location really started to gain steam in 2009, and we expect to see even more developments in 2010. Geo-location in particular has really compelling opportunities when it comes to advertising. Already businesses are discovering the benefits they can gain by engaging and promoting services via Foursquare — it was really only a matter of time before bigger companies would start to take notice. 10 Amazing Augmented Reality iPhone Apps While Lawnmower Man may have led us to believe the future was a virtual one, it seems that in fact augmented reality (the overlaying of digital data on the real world) is where we're headed. A buzz technology right now, augmented reality apps are quickly gaining momentum on the iPhone. So to add to the quick overview of six AR apps we brought you earlier, we sort the digital wheat from the pixellated chaff to bring you ten AR apps for the iPhone that vary from functional, to educational, to just plain fun. 1.

Layar 3.0 Is Ready To Add New Layers To Your (Mobile) Reality The whole idea of using your mobile phone’s camera view as a screen on top of which to add geo-specific information (also known as augmented reality) is one of the more exciting areas in the world of mobile apps. Amsterdam-based Layar, one of the companies at pushing the boundaries of this growing movement, just released Layar 3.0, which offers a whole slew of new ways to layer data onto the real world as seen through your phone. The company opened up its augmented reality browser to developers last summer and more recently added 3D capabilities. Rock'em Sock'em Robots Augmented Reality Game Home » Android , Mobile , News Android owners have been able to enjoy natural feature recognition applications for sometime. Recently Zenitum where showing off their Space InvadAR game, but beyond that, for some strange reason despite developers having full access to the camera we haven’t seen a huge number of natural feature recognition games arriving on the platform. I always find that strange since iPhone developers number one gripe at Apple has been the lack of access to the camera API. (which has been granted now). Qualcomm have been working with Mattel to produce a rather nice game based on Rock’em Sock’em Robots.