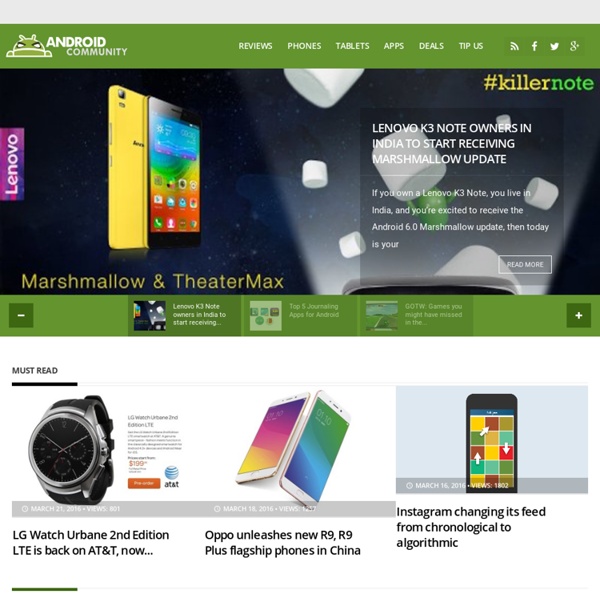 Sony has a few key Xperia devices at the moment. We have recently seen the Xperia Z1S launch with T-Mobile. Not to mention the Z Ultra which surprised everyone when it arrived as a Google Play edition handset. But while these are current handsets, it seems some pieces of a yet to be announced model have recently leaked. The handset in question is the Xperia Z2, which currently sports a codename of Sirius. Acer’s move to tablets has been quite successful.

The rise of mobile apps and the decline of the open web — a threat or an over-reaction? As the use of mobile devices continues to climb, the use of dedicated apps is also increasing — but is this a natural evolution, or should we be worried about apps winning and the open web losing? Chris Dixon, a partner with venture-capital firm Andreessen Horowitz, argues in a recent blog post that we should be concerned, because it is creating a future in which the web becomes a “niche product,” and the dominant environment is one of proprietary walled gardens run by a couple of web giants — and that this is bad for innovation. Dixon’s evidence consists in part of two recent charts: one is from the web analytics company comScore, and shows that mobile usage has overtaken desktop usage — an event that occurred in January of this year. The second chart is from Flurry, which tracks app usage, and it shows that apps account for the vast majority of time spent vs. the mobile web, an amount that Flurry says is still growing. If apps are winning, is the web losing?

Android Updates Sony is beginning to roll out the Android 4.4 KitKat update for several of its Xperia devices, including the Xperia Z1, the Xperia Z1 Compact, and the Xperia Z Ultra. The update includes the latest and greatest from Google’s Android team, as well as some tweaks and updated features from Sony. Aside from updating the guts of the software to Android 4.4, Sony is including a tweaked status bar and quick notification toggles and some interface revamps to make it feel more similar to Sony’s own Playstation 4. The update also updates Sony’s native apps on the devices, including apps like MyXperia, Smart Connect, and Smart Social Camera, and several of Sony’s other media apps are getting cloud integration with Sony Entertainment Network. » Read the rest

DOWNLOAD An Android Guide : These Are The Droids You’re Looking For Learn everything you want to learn about Android, for free! This Android Guide”, by author Matt Smith, is another free manual from MakeUseOf.com. Outlining the ins and outs of Android, this guide covers basic everything from basic usage to rooting your phone, and is a must-have if you use Google’s smartphone OS. Phone Scoop Android Police - Android News, Apps, Games, Phones, Tablets Android Forum Home AndroSym RootzNews