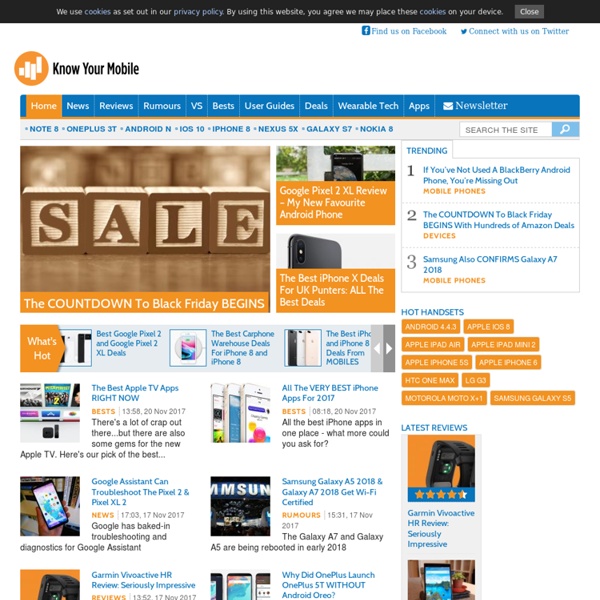 iPad Curriculum Top 200 best iPad apps 2012 If you've got yourself an iPad Air or new iPad mini, you'll want to start downloading the best iPad apps straight away. And if you already have an iPad 4 or older iPad, you might want to update it with some new apps. It's the apps that really set iOS apart from other platforms - there are far more apps available on the App Store for the iPad than any other tablet. So which which ones are worth your cash? And which are the best free apps? Luckily for you we've tested thousands of the best iPad apps so that you don't have to. So read on for our best-in-class apps for each major category, followed by some more specific lists of the best free and paid for apps and games. Best iPad apps: Books App name: KindleDeveloper: AmazonPrice: FreeLink: Get from iTunes The best library of literature to choose from, cross platform support via Whispersync, a great choice of fonts and ways to read… Kindle is the most comprehensive reading app out there, and an essential download. Best iPad apps: Business

Google Apps for iPad Productivity Tips To increase efficiency, it helps to add any commonly-accessed websites, such as the Google eBookstore or Google Docs, to the home screen as a bookmark. This allows the shortcut to show up as an app icon, taking users directly where they need to go. To do this, tap the share button at the top of the screen and choose Add to Home Screen. In addition, many third-party apps and software are available to maximize productivity and make tasks simpler for you and your students. iFiles With iFiles, users can save their Google Apps accounts in a list, locking it behind a password. Printopia 2 for Mac If you have a Mac, use Printopia for submitting work. (Be sure to confirm compatibility with your district's network. Flipboard Flipboard is great for Google Reader!

Transferring your iTunes Library For most users, iTunes does a great job of handling all of the details of managing your media library for you, allowing you to manage your content through iTunes itself and not having to worry too much about the underlying files and folders that make up your iTunes library. Unfortunately, this user-friendly approach has one serious limitation: When it comes time to move your iTunes library, it can often be a bit of a challenge to figure out exactly what pieces you need to move and how to go about doing this. Many iTunes users start out with a basic iTunes library and use the default settings to store all of their media content on their primary internal hard drive. However, as you add new content over time, particularly with the additional video content now supported by iTunes, you may soon find that your library threatens to take over your computer. Another common scenario many users find themselves in is what to do when they upgrade to a new computer. How iTunes Manages Media Content

Five Best Tablet Drawing Apps It seems to impress passers buy when you edit video with your fingers in iMovie on the iPad. It still impresses people when I edit photos on an iPad. I'm not so much out to impress people with what I'm doing, but what the end result may be. Though I do agree that it was skewed away from windows tablets. There are plenty of Android options up there, too. Not just Apple. these were user submitted and voted choices. next time speak up louder during the initial submissions and you'll see your preference listed here. oh, and the windows tablet digitizers are NOT more accurate then the cintiq, not even close. they are built by wacom but only have: 1024 levels of pressure sensitivity no tilt/rotation detection 2540 lines per inch detection resolution no tip/pen type detection the cintiq has: 2048 levels of pressure sensitivity tilt and rotation detection 5080 lines per inch detection resolution tip/pen type detection bahahahahaha, win7 tablet.. no self respecting artist will stray from wacom.

IPOD SANS ITUNES - Gérer iPod iPhone sans iTunes Integrate Dropbox with Pages, Keynote, and Numbers on iPad and iPhone — techinch The iWork apps are some of the best apps on iPad, and each show just how powerful a touchscreen device can be with the most basic of computing functions: creating and editing documents, spreadsheets, and presentations. They each work quite well with their respective Microsoft Office counterparts also. And, the latest updates turned each of the iWork apps into universal apps, so you can use the full apps on your iPhone, iPod Touch, and iPad. In fact, there’s not much to dislike about the iWork apps. Except for one thing: importing and exporting files. However, you don’t need to give up on using Dropbox with iWork apps on iPad. This article only shows the iWork apps on the iPad, as iWork wasn’t available for iPhone when the article was originally published. Add WebDAV to Your Dropbox With DropDAV WebDAV was one of the first standards for file syncing with a server, but it’s not used nearly as much nowadays. Dropbox, meet iWork Uploading Documents to WebDAV from iWork Apps Not Just iWork…

How to Integrate Dropbox with Pages, Keynote, and Numbers on iPad The iWork apps are some of the best apps on the iPad, and each show just how powerful a touchscreen device can be with the most basic of computing functions. In fact, there’s not much to dislike about the iWork apps, except for one thing: importing and exporting files. You can open documents from email attachments, download them from websites, or import them from other apps like Dropbox. Once you’ve opened your file in Pages, Keynote, or Numbers on iPad, though, you can only send it via email, upload it to a WebDAV server or Apple’s iDisk service, or wait to sync it with iTunes on your computer. Most other iOS office apps don’t offer nearly as many features as the iWork apps, but they do offer deep integration with Dropbox which makes it easy to view and edit your documents no matter where you are. However, you don’t need to give up on using Dropbox with iWork apps on iPad. Read more at: Integrate Dropbox with Pages, Keynote, and Numbers on iPad [Techinch]

50 Fantastic Free iPad Apps We all love getting something great for free! However, hunting down the good free iPad apps from the terrible ones in the jungle of the App Store can be a difficult job. Fortunately for you, I’m here to help. Like the article? Flipboard Flipboard is one of the most popular news readers for the iPad due to its fantastic, intuitive interface and its sheer ease of use. Planetary Planetary is a fascinating way to explore your music collection that’s only available on the iPad. We recently reviewed Planetary and found it to be a simply stunning free offering for the iPad. Zite Zite is a great way to consume all kinds of news and articles, that gradually learns your preferences and what you like to read. The Onion If you’re not already a fan of The Onion, you probably should be. IMDb It’s been said many a time before, but if you’re a movie fan you can get no better friend than the IMDb app for iPad. Remote Paper Bamboo Paper Pocket Aweditorium Simplenote Appetites SoundHound Guardian Eyewitness Unstuck