What in the World Are They Spraying? (Full Length) 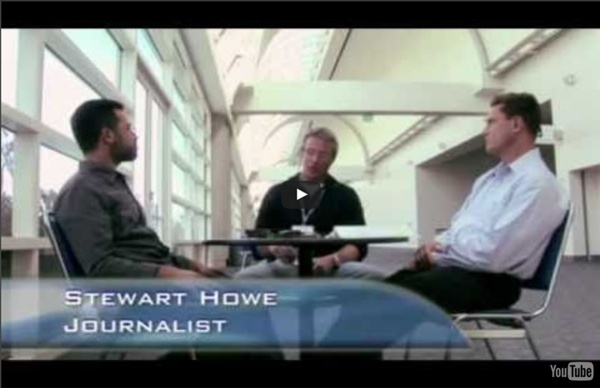 Alex Jones Pierre Carles - Site Officiel Bill Gates backs climate scientists lobbying for large-scale geoengineering A small group of leading climate scientists, financially supported by billionaires including Bill Gates, are lobbying governments and international bodies to back experiments into manipulating the climate on a global scale to avoid catastrophic climate change. The scientists, who advocate geoengineering methods such as spraying millions of tonnes of reflective particles of sulphur dioxide 30 miles above earth, argue that a "plan B" for climate change will be needed if the UN and politicians cannot agree to making the necessary cuts in greenhouse gases, and say the US government and others should pay for a major programme of international research. Solar geoengineering techniques are highly controversial: while some climate scientists believe they may prove a quick and relatively cheap way to slow global warming, others fear that when conducted in the upper atmosphere, they could irrevocably alter rainfall patterns and interfere with the earth's climate.

CIA Influence On Mass Media: How Disinformation Campaigns Work CIA Influence On Mass Media: How Disinformation Campaigns Work In these 3 videos, we have former-CIA officers, and journalists explain, how Disinformation Campaigns work, it gives a good insight on how easy it is, to confuse and Influence world situations, via news agencies, feeding them into ticker tapes of western media, that are all trying to be first to get a good story, and that they only have to feed one news agency (IE: Reuters) with a propaganda piece, and most of the other news agencies, will blindly run with it. John Stockwell ex CIA -Commander, talks about how they would make up story's for the press, of rapes and torture, and murder of woman for talking out about there rapes, and even put out pictures of dead woman, when none of this was true, and was made up to vilified a certain side. He also goes on to say, he left the CIA in the end, because of principles, and he was sick of the US supporting brutal dictatorships, forming and training them.

LaRouchePAC Scop Le Pavé U.S. military to treat PTSD with brain implants - NaturalNews.com Saturday, May 31, 2014 by: J. D. HeyesTags: PTSD, brain implants, US military (NaturalNews) Is it possible to predict a mood swing or control psychological outcomes? The Pentagon is betting that, someday soon, it will possess the technology to do so, and with it develop the ability to treat anxiety, depression, memory loss and all of the other symptoms associated with post-traumatic stress disorder (PTSD), which has become one of its biggest problems following more than a dozen years of war in Iraq and Afghanistan. The industry publication Defense One reports that the Defense Department is working to develop a new brain chip to treat PTSD in soldiers and vets that could eventually work to treat a range of psychological problems among the broader American (and global) public:

FACT CHECK: Presidential debate missteps WASHINGTON (AP) — President Barack Obama and Republican rival Mitt Romney spun one-sided stories in their first presidential debate, not necessarily bogus, but not the whole truth. They made some flat-out flubs, too. The rise in health insurance premiums has not been the slowest in 50 years, as Obama stated. Coluche : Une mort sans réponse - Documentaire complet Morgellons Exposed - Jan Smith Home Page Stratospheric Aerosol Geo-engineering aka "Chemtrails" DEBUNK THIS !!!! The subject of "chemtrails" also known as "stratospheric aerosol geo-engineering" or "persistent contrails" as some might have you believe. Has recently been the topic of some controversy here on ATS. In attempting to discuss this issue during a recent thread www.abovetopsecret.com... that was posted in the "Skunk Works" section. I encountered a small but very extreme group of members who have a very strong conviction and opposition to the idea that "chemtrails" even exist.

geoengineering The Carnicom Institute and its founder have an extensive history of research on geo-engineering topics and aerosol research that is available to the public. This history spans more than a decade and includes scores of papers and hundreds of pages on the topic. This work is available through the research section of this website, located here. If you have an interest in this topic, please consider visiting this portion of the site and investigate the numerous papers that have been written on the topics beginning in 1999. The papers are arranged chronologically on the research page with the more current papers at the top of the page. You may also wish to use the search box at the top of the research paper listing, and specify appropriate keywords or topics to bring up the relevant pages.

The Battle for Your Mind: Brainwashing Techniques Being Used On The Public By Dick Sutphen Authoritarian followers Mind Control Subliminals By Dick Sutphen Summary of Contents The Birth of Conversion The Three Brain Phases How Revivalist Preachers Work Voice Roll Technique Six Conversion Techniques 1. keeping agreements 2.physical and mental fatigue 3. increase the tension 4. Propaganda 2.0 and the rise of ‘narrative networks’ George Dvorsky November 16, 2011 DARPA, the Pentagon's advanced concepts think-tank, is looking to take propaganda to the next level and they're hoping to do so by controlling the very way their targets perceive and interpret the flow of incoming information. The Pentagon believes that by engaging in 'narrative control' they can alter an individual's grasp on reality and the way in which they evaluate current events. Simply put, DARPA is looking to shape minds with stories.