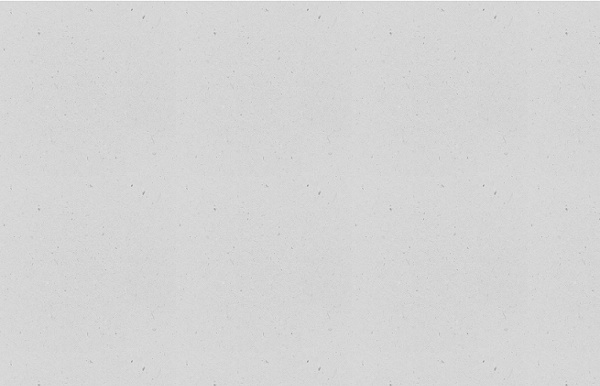 Who is benefiting from suppressing scientific research? Whose power and wealth is threatened by access to clean and free energy? Who has the desire to create a system where so few have so much, and so many have so little? It’s become extremely obvious, especially within the past few years, that Earth’s dependence on fossil fuels is not needed at all. Yet we continue to create war, destroy the environment and harm mother Earth so we can continue using the same old techniques that generate trillions of dollars for those at the top of the energy industry. Corporate media continues to push the idea that we are in an energy crisis, that we are approaching a severe problem due to a lack of resources. These concepts have been proven in hundreds of laboratories all over the world, yet never see the light of day. The Research These concepts are currently being discussed at The Breakthrough Energy Movement Conference. The Casimir Effect is a proven example of free energy that cannot be debunked.

Eugene Mallove's Open Letter to the World New Energy Foundation, Inc. (A nonprofit 501(c)(3) corporation) P.O. Box 2816, Concord, NH 03302-2816 Phone: 603-485-4700 Fax: 603-485-4710 www.infinite-energy.com The Rodin Coil: Is It The Greatest Discovery of All Time? Free energy is easily one of the hottest topics in the world within alternative news. While mainstream news continues to ignore the growing interest around the subject, alternative news outlets are providing new information about the inventions, science, mathematics and suppression of free energy technologies. We even covered the subject in our new documentary The Collective Evolution III: The Shift The trouble with the advancement of free energy as it stands now lies in a couple clear areas. 1. The current corporate powers and systems of our world would lose mass amounts of profit and control over people if they no longer required them for their energy needs.

Scientific Proof of a Potential Alternative Energy Source Dates Back 25,000 Years New Era Times Presents Free Webinar Oct. 8thActivist Post Radiocarbon dating that proves the Bosnian Pyramid Complex dates back at least 25,000 years has been revealed by an international team of scientists led by Dr. Sam Osmanagich. Discovered in 2005, the Bosnian Pyramid of the Sun Archaeological Park, which houses the largest pyramid in the world, is now the most active archaeological site on the planet.

Free Energy: Searl Effect Generator On December 4th, we released an article that began to explore the realness behind Free Energy devices. For those of you who haven’t yet read the article and the videos associated with it you can do so by clicking HERE. In this article however, we are going to take a closer look at a particular free energy device known as the Searl Effect Generator -which from this point onwards I will refer to as the SEG. The SEG like all supposed free energy devices carries the capability to run on its own without any external input. Originally discovered in 1946 by John Roy Robert Searl the SEG captures kinetic energy that is generated by natural changes in ambient temperature. Science Lingo Breakdown (just incase you needed it as a reminder like I did) Kinetic Energy – The energy that comes as a result of motion Ambient Temperature – Temperature in a room or surrounding an object

… proving how technology can live in harmony with nature. Neri OXMAN By JOHN ORTVED | Photography TOM ALLEN Courtesy Imagine a chair that moves when you move, that adjusts to every muscle in your body, that responds like a living organism . . . a chair kind of like a really excellent lover. Neri Oxman imagined such a chair. Eugene Mallove Killed Eminent New Energy Scientist Dr. Eugene Mallove Killed Dear friends, This email brings some sad news. One of the world's foremost proponents of new energy was killed on May 14, 2004. The perovskite lightbulb moment for solar power The worst part of my job as a materials scientist is going to conferences. They are often turgid affairs conducted in the ballrooms of hotels so identical to one another that you can't tell whether you are in Singapore or Manchester. The same speakers are there, for the most part droning on about the same thing they droned on about at the last conference. I should know, I am one of them. But occasionally, just occasionally, someone says something so radically new that it causes you sit up and actually listen.

Suppressed Energy Segment 3 (40 min): Lecture and principles with Andrew Michrowski and Tom Bearden. Andru Michrowski and Tom E. Bearden discuss how these AntiGravity effects are achieved People that were associated with John Hutchison have been ridiculed, had objects stolen, and have lost jobs. All because they do not want to believe the truth - We have been lied to by our own Government!!! A good friend of John Hutchisons that has come forward is Tom Bearden. Free Energy Reality - The SEG Last updated on March 1, 2012 at 4:11 am EDT by in5d Alternative News * Visit in5D Connection where you can find your soul mate or join one of our amazing groups. EVERYONE is welcome! by Gregg Prescott, M.S.www.in5d.comwww.BodyMindSoulSpirit.comwww.HolisticCancerResearch.com

Where Art Meets Gif: The Hypnotic Animated Gifs of David Szakaly Since 2008 Hungarian/German graphic designer David Szakaly has been churning out some of the most dizzying, hypnotic and wholly original gifs on the web under the name Davidope. His blend of twisting organic forms, flashes of black and white, and forays into pulsing technicolor shapes have inspired legions of others to experiment with the medium, many of whom have been featured here on Colossal. It’s hard to determine the scale of Szakaly’s influence online, but a simple Google image search for “animated gif” brings up dozens of his images that have been shared around Tumblr hundreds of thousands of times.

www.cheniere.org/correspondence/021109.htm Hi John, It's even worse than that. There has been a very deliberate suppression of overunity systems (i.e., COP>1.0, using excess free energy taken from the vacuum) since 1892, when J. P. Wilson Solar Grill for outdoor cooking - National Green Living A group of MIT students have been working on a solar grill that uses a Fresnel lens and solar energy to melt down a container of Lithium Nitrate, which is like a battery storing thermal energy for 25 hours. The heat created at temperatures above 450 degrees Fahrenheit is used for convection cooking outdoors. The MIT students are Derek Allen Ham, Eric Uva, and Theodora Vardouli. The project is part of their Innovation Teams, or iTeams, multi-disciplinary course taught by Fiona Murray at Sloan School in May 2011. The study is to do an entrepreneurial survey of product interest and business model plan for solar grill manufacture and distribution, both in third world countries like Nigeria and the U.S. where it might be an easier sell. Most developing countries may not be able to afford the cookers where their current source of heat, firewood, is free.

Action to Declassify Secret Energy Patents<br><br> A Proposed Bill to Support New Energy Sources Las Vegas-area Congresswoman Shelley Berkley announced last August, at a meeting in Las Vegas, a bill for the Small Business Administration to annually provide 750 million dollars in energy loan guarantees (see Berkley Reveals Green Energy Solutions). In response to Berkley's subsequent request for responses from the audience, I explained that the U.S. Patent Office has a nine-member committee which screens patents for national security implications, and that a hidden purpose of this committee is to lock up energy-related patents which could threaten the fossil-fuel monopolies and the power grid (nuclear, coal, etc.). When an inventor has his or her energy patent classified, I explained, the inventor faces 20 years in prison for working on or publicizing the invention.

Can Andrea Rossi's Infinite-Energy Black Box Power The World On January 14, 2011, a 61-year-old Italian inventor named Andrea Rossi staged a spectacular demonstration. In a warehouse in Bologna, he switched on a strange contraption that looked like a leg of lamb wrapped in aluminum foil. He called it the "E-Cat," short for "energy catalyzer." It contained a pinch of powdered nickel, a puff of hydrogen gas, and a dash of a secret catalyst.