US imprisonment in the "war on terror" 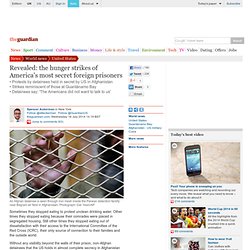 Other times they stopped eating because their comrades were placed in segregated housing. Still other times they stopped eating out of dissatisfaction with their access to the International Committee of the Red Cross (ICRC), their only source of connection to their families and the outside world. Revealed: the hunger strikes of America's most secret foreign prisoners.

Guantanamo. The scars of Abu Ghraib - Features. Baghdad, Iraq - Taleb al-Maleji sits on the carpet and concentrates on smoking a cigarette and not biting himself. 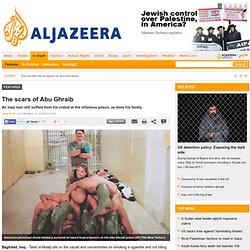 The sleeves of his checkered shirt end just above his thin wrists - shiny black and purple in spots where the skin has repeatedly been bitten off and healed over. The scars are not from the year he spent in Abu Ghraib prison but from compulsively biting his wrists and fingers when he thinks about it. "When I remember it now, I just want to set myself on fire," says Maleji, one of a group of men stripped, bound and placed in a human pyramid in a photo that became a symbol of post-war US human rights abuses.

"I want to forget but I can't … I think of it when I sleep, when I'm awake, when I'm at work - the same scenes keep playing inside my head. " In 2003, Maleji was a labourer having trouble with his marriage. Over the next year and four months, Maleji would be charged with no crime, imprisoned with thieves and murderers and finally released with no charges laid against him. Timeline: How Obama Compares to Bush on Torture, Surveillance and Detention. Globalizing Torture: CIA Secret Detention and Extraordinary Rendition. Hide Download Files Download the 216-page report. 1.08 MB pdf. 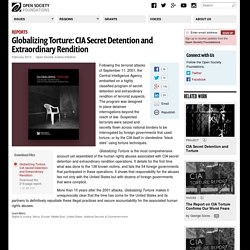 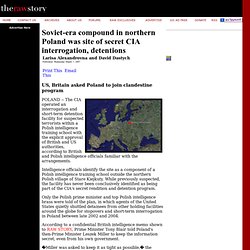 Intelligence officials identify the site as a component of a Polish intelligence training school outside the northern Polish village of Stare Kiejkuty. While previously suspected, the facility has never been conclusively identified as being part of the CIA's secret rendition and detention program. According to a confidential British intelligence memo shown to RAW STORY, Prime Minister Tony Blair told Poland's then-Prime Minister Leszek Miller to keep the information secret, even from his own government. 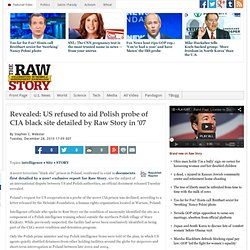 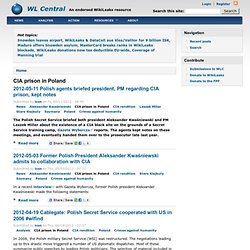 As Peter Kemp predicted, the European Parliament has now intervened. In a resolution from the eighth of June it says that it: "5. Reiterates its call to the US authorities to review the military commissions system to ensure fair trials, to close Guantánamo, to prohibit in any circumstances the use of torture, ill-treatment, incommunicado detention, indefinite detention without trial and enforced disappearances, and reminds the EU institutions and Member States of their duty not to collaborate in, or cover up, such acts prohibited by international, European and national law;" "7.

06-01 CIA prisons in Poland: former prosecutor had planned to file charges. According to Gazeta Wyborcza, Jerzy Mierzewski, the prosecutor investigating alleged CIA prisons on Polish territory, was removed from the case because he had planned to file charges of breach of the constitution, false imprisonment and assistance in crimes against humanity. 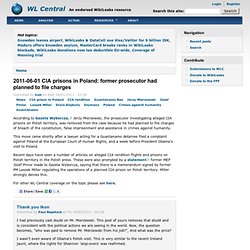 This move came shortly after a lawyer acting for a Guantanamo detainee filed a complaint against Poland at the European Court of Human Rights, and a week before President Obama's visit to Poland. Recent days have seen a number of articles on alleged CIA rendition flights and prisons on Polish territory in the Polish press. These were also prompted by a statement former MEP Józef Pinior made to Gazeta Wyborcza, saying that there is a memorandum signed by former PM Leszek Miller regulating the operations of a planned CIA prison on Polish territory. Miller strongly denies this. For other WL Central coverage on the topic please see here. Romania CIA Prison: Central Intelligence Agency Used Secret Makeshift Prison For Its Most Valuable Detainees.

WASHINGTON — One of the CIA's most important secrets in the war on terrorism was hiding in plain sight, on a leafy residential street along a busy set of train tracks in Romania's capital. 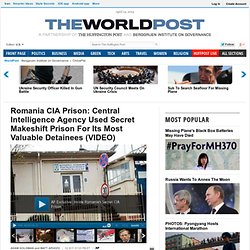 There, tucked in the basement of a government building, the CIA ran a clandestine prison, former U.S. intelligence officials said. For years, the building – codenamed Bright Light – housed some of the CIA's most important terror suspects, including Khalid Sheik Mohammad, the mastermind of 9/11. Even after the detainees were shipped off to Guantanamo Bay in 2006 and reports about the prison began to surface, the Romanian government repeatedly denied any knowledge of its existence.

A joint investigation by The Associated Press and German public television, ARD Panorama, however, located the former prison and unearthed details of the facility where harsh interrogation tactics were carried out. "No, no. Shuttling detainees into the facility without being seen was relatively easy. Links: Beyond Guantánamo, a Web of Prisons for Terrorism Inmates.