The Words of Wisdom in the US of A

Shooting Someone on 5th Ave., Part Infinity. Hey guys, did you know that the Constitution demands socialists to be shot? 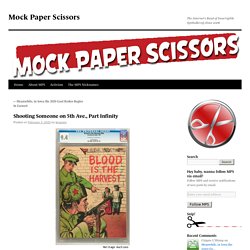 It’s true, according to Montana State Representative Rodney Garcia! A Montana lawmaker is facing controversy after he claimed at an event for the state’s Republican Party on Friday that the U.S. Constitution holds that socialists can be jailed or shot, reports say.State Rep. Rodney Garcia, who represents part of Billings, Mont., in House District 52, also expressed concern about socialists “entering our government” at an event in Helena, Mont., on Friday, according to the Billings Gazette.Asked by a reporter about the comments on Saturday, Garcia reportedly stood by them. “So actually in the Constitution of the United States (if) they are found guilty of being a socialist member you either go to prison or are shot,” he told a reporter, according to the Billings Gazette.

I like the idea that Billings is a hot bed of the Red Menace, but not to fear, our man Garcia is here to help! Sharing Means Caring, fool! Related. David Pecker's Attorney Says Being Blackmailed Isn't Blackmail. David Pecker's lawyer told ABC's This Week that AMI wasn't trying to blackmail Jeff Bezos because all AMI wanted was the truth to come out. 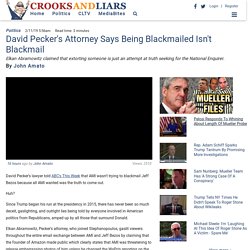 Huh? Since Trump began his run at the presidency in 2015, there has never been so much deceit, gaslighting, and outright lies being told by everyone involved in American politics from Republicans, amped up by all those that surround Donald. Elkan Abramowitz, Pecker's attorney, who joined Stephanopoulos, gaslit viewers throughout the entire email exchange between AMI and Jeff Bezos by claiming that the founder of Amazon made public which clearly states that AMI was threatening to release embarrassing photos of him unless he changed the WaPo's reporting on the National Enquirer. Sarah Silverman just made conservatives explode with rage — and only needed to use six words. FBI Director Says 'Hundreds, Maybe Thousands' of Americans Under Influence of Islamic State. James Comey, Director of the FBI. 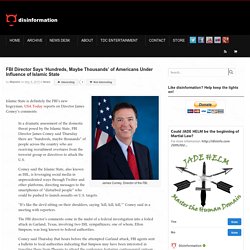 Islamic State is definitely the FBI’s new bogeyman. USA Today reports on Director James Comey’s comments: In a dramatic assessment of the domestic threat posed by the Islamic State, FBI Director James Comey said Thursday there are “hundreds, maybe thousands” of people across the country who are receiving recruitment overtures from the terrorist group or directives to attack the U.S.Comey said the Islamic State, also known as ISIL, is leveraging social media in unprecedented ways through Twitter and other platforms, directing messages to the smartphones of “disturbed people” who could be pushed to launch assaults on U.S. targets. Fox’s Chris Wallace puts Lindsey Graham on ‘psychiatrist couch’ to find out why he’s still a bachelor. Fox News host Chris Wallace told Sen. 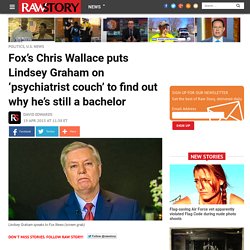 Lindsey Graham (R-SC) on Sunday that he wished that he could put him on the “psychiatrist couch” to find out why the 59-year-old bachelor had never been married. Last week, a Washington Post profile of the South Carolina Republican noted that Graham had helped raise his sister after his parents died while he was in college. “Some of your friends suggested that might be the reason you never got married,” Wallace observed during an interview on Fox News Sunday. “We can’t put you on the psychiatrist couch. But those traumatic events, how did they shape your life?” “It made me realize that the promise of tomorrow is just a promise,” Graham explained. Kathleen Parker: Clinton Has To Let This 'Inner-Ayatollah Get Out Of Her Head. Fox’s John Stossel whines about gay ‘totalitarianism’: Christians shouldn’t have to prove they’re religious. Tucker Carlson: Ban Satanic holiday displays because Christian nativities are ‘reality’

Fox News host Tucker Carlson argued over the weekend that a Satanist holiday display should be banned from the Florida state Capitol where a Christian nativity had been erected because they did not practice a “legitimate religion.” 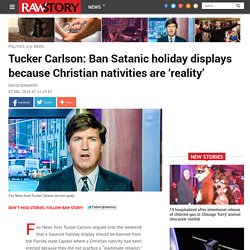 Last week, the Satanic Temple won the right to place a display of an angel burning in hell alongside other holiday displays in the Florida Capitol building after officials initially rejected it, saying the Satanic message was “grossly offensive during the holiday season.” “I’m assuming that there aren’t a ton of Satanists in Tallahassee,” Carlson told Bible Based Church Pastor Darrick McGhee on Saturday. “I’m assuming there really aren’t any at all, and this is purely an attempt to stick a finger in the eye of Christians in Florida.” “So the rationale here is that Satanism is legitimate religion,” the Fox News host complained.

McGhee explained that the Satanic Temple had met the guidelines set by Florida’s Department of Management Services. Fox hosts giggle that NFL player’s abused girlfriend should learn to ‘take the stairs’ By David EdwardsMonday, September 8, 2014 13:23 EDT The hosts of Fox & Friends on Monday turned video of NFL player Ray Rice punching his then-girlfriend unconscious in an elevator into a joke, saying that in the future she should “take the stairs.” 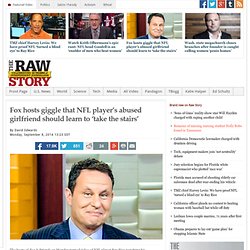 After TMZ released a leaked surveillance video that showed what happened when Rice knocked out the woman inside the elevator, the Fox News hosts asked viewers if a two-game suspension had been appropriate. The Onion’s Fox News abortion satire. Lucy Eades, Breastfeeding Mom, Puts Woman Who Asked Her To 'Cover Up' In Her Place. It's a tale we've unfortunately heard many, many, many times before: A mom breastfeeding in public is either asked to stop, to leave or to cover up. 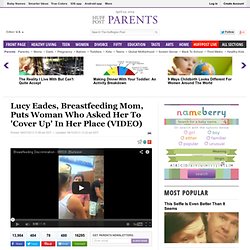 This time, when mom Lucy Eades was asked to cover up at a recreation center in Burleson, Texas, her husband caught the exchange on camera. He then uploaded the footage to the family's popular YouTube channel (you can watch it above). According to local ABC affiliate WFAA, the mom of four was nursing her 16-day-old while her older daughter was in dance class.

An employee of the Burleson Recreation Center asked her to cover up, but Eades stood up for her rights and continued to nurse. "It is state law, I can nurse my child with or without a cover," she said. Redneck Heaven Restaurant In Trouble Over 'Nudity' Claim. A Lewisville, Tex., restaurant must decide what their breast move is after the city banned it from allowing their waitresses to wear body paint while serving food. 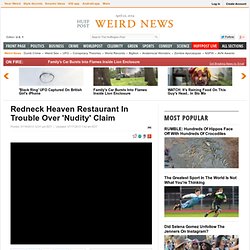