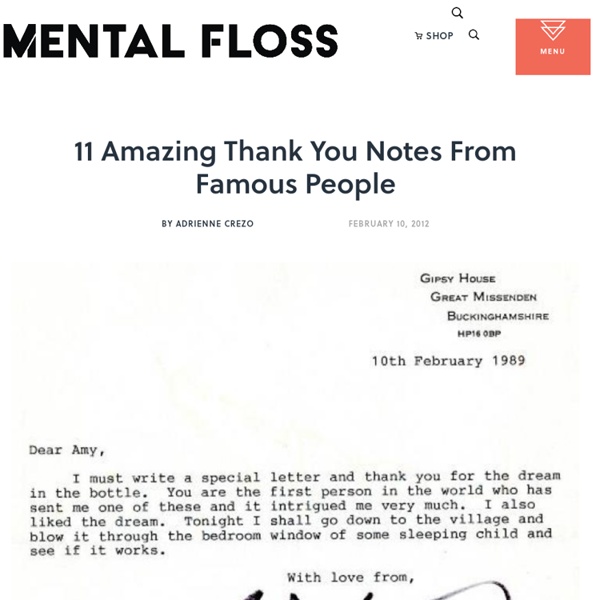 After a short stint in the New York theater world, comedienne Carol Burnett landed a job as a regular on The Garry Moore Show in 1959. She caught the attention of CBS executives, who offered her her own series in 1967. With her husband Joe Hamilton at the helm, Burnett broke new ground as the first female host of a TV variety show. The Carol Burnett Show ran for 11 seasons and earned a handful of Emmy Awards in the process. To celebrate the legendary comedienne's 85th birthday, here are some fun facts about the show and the folks who made it so side-splittingly hilarious. As Carol Burnett painfully recalled later in life, whenever she’d expressed an interest in a career in the theater as a teen, her mother would always dissuade her and recommend that she would have better luck studying to become a writer. As she was nearing graduation from UCLA, Burnett and several fellow drama students were invited to a departing professor’s house to perform at his bon voyage party. Related:  Professional Development

The Anatomy Of A Thank You Note – Krrb’s Guide To Expressing Gratitude With Style ~ Krrb Blog First off, if you can get your hands on a kid who is just learning to write and then convince said kid to write (or make a good go at writing) "Thanks" on a piece of paper that you can put into an envelope and send, you are golden. Your job is done. Who is not going to be touched by a child's early attempts at writing? Nothing says thank you like a note written by a 4 year old. But for those who don’t have the monk-like patience it takes to elicit the above pictured type of work from a pre-schooler, there is hope. You too, can produce thank you notes that would make your grandparents proud and that would bring a smile to even the most jaded of faces. I mean, if the leader of the free world has the time to write thank you notes by hand, I don't want to hear anything from the rest of us about not being able to "get around to it." Looks simple, right? The Occasion OK so here’s the first big issue to tackle: When do I need to write a thank you note? The Stationery A Postcard A Note Card 1. 2. 3.

Various Knowledge Sharing Formats for Your Team Collaborative Learning Years ago, I asked a friend why he chose a company to work at. He answered, “When I was an intern there, the CTO recommends articles to read and encourages us to have brownbag lunch (sharing session) once a week.”. That time, I was transformed into a firm believer in the power of personal development activities. It is such a blessing that Dekoruma shares similar vision and support this kind of learning culture. That’s why Dekoruma Engineering Team has our sharing session once a week. #1 — Internal Talk One (or more) team member shares a topic to others. #2 — Lecture-from-neighbours Along with new knowledge we get, knowing what other divisions are doing increases our empathy towards them. #3 — Focus Group Discussion This is my favorite! Instead of splitting the team in random, Moderator could split based on participants’ background and expertise so they can relate well with the topic being discussed. Captain Obvious. OK. Other ideas Our team never try this, but these are my wishlist:

Money <em>can</em> buy happiness… if you spend it on other people | Not Exactly Rocket Science “This planet has – or rather had – a problem, which was this: most of the people living on it were unhappy for pretty much of the time. Many solutions were suggested for this problem, but most of these were largely concerned with the movements of small green pieces of paper, which is odd because on the whole it wasn’t the small green pieces of paper that were unhappy.” – Douglas Adams In this pithy paragraph, the sorely missed Douglas Adams sums up a puzzling paradox of modern life – we often link happiness to money and the spending of it, even though both proverbs and psychological surveys suggest that the two are unrelated. Across and within countries, income has an incredibly weak effect on happiness once people have enough to secure basic needs and standards of living. I can’t get no… satisfcation But a new study reveals that money can indeed buy happiness… if it’s spent on others. Finally, Dunn tested this theory through an experiment. Hey big spender There is a silver lining then.

To predict what will make you happy, ask a stranger rather than guessing yourself | Not Exactly Rocket Science Want to know how much you’d enjoy an experience? You’re better off asking someone who has been through it, even if they’re a complete stranger, than to find out information for yourself. This advice comes from Daniel Gilbert from Harvard University, who espoused it in his superb book Stumbling on Happiness. Now, he has found new support for the idea by studying speed-daters and people receiving feedback from their peers. In the first study, he found that female students were better able to predict how much they would enjoy a speed-date if they listened to the experiences of strangers than if they make their own assessments based on available information. This interesting result masks a second one of equal importance – people don’t believe that this works. Time and again, psychological studies have found that we overestimate how happy we will be after winning a prize, starting a new relationship or taking revenge against those who have wronged us. Photo by Laughlin, found on Flickr

50 Alternatives To Lecturing by TeachThought Staff As teachers, when we lecture, we have the best of intentions. We have a concept we want the class to understand, so we stand and explain it to them. We give them background. Offer details. Anticipate and pre-empt common misconceptions. So explaining things isn’t ‘bad,’ so how about beginning with some clarification. Everyone loves a story, and unless you’re awful, your students probably like you and want to hear from you. Or in a ‘flipped classroom’ setting where the ‘lecture’ is designed to be consumed at the student’s own pace (using viewing strategies, for example). Or when students have mastered a core set of understandings, and are ready–in unison–to hear something from an honest-to-goodness expert who only has an hour to unload what he/she knows. All students are similarly motivated All students have mastered certain ‘listening strategies’ All students have a similar background knowledge The List of Alternatives To Lectures For Teachers So then, the list. 1. 2.

47 Mind-Blowing Psychological Facts You Should Know About Yourself I’ve decided to start a series called 100 Things You Should Know about People. As in: 100 things you should know if you are going to design an effective and persuasive website, web application or software application. Or maybe just 100 things that everyone should know about humans! The order that I’ll present these 100 things is going to be pretty random. So the fact that this first one is first doesn’t mean that’s it’s the most important.. just that it came to mind first. Dr. <div class="slide-intro-bottom"><a href=" Professional Development Activities for Teachers: Jigsaw Technique and Alternatives Many principals use professional journal articles and books to help build their teachers’ shared knowledge about best practices and site-specific improvement initiatives. Perhaps the most common method for doing this is the jigsaw — dividing up the reading among the members of the staff, taking time for individual reading, then inviting each person to share out to the full group. A second common strategy is to assign specific chapters or sections to departments or grade levels, asking each group to read the selection on their own before the meeting and make a formal presentation on their section when their turn comes up. Both methods can work well if used sparingly and done well, but they also have drawbacks. Here are some ideas for getting the most out of a jigsaw. How to maximize a traditional jigsaw The extra step in a full jigsaw — one that makes the strategy much more powerful, but is often skipped in the interest of time — is to create an “expert group.”