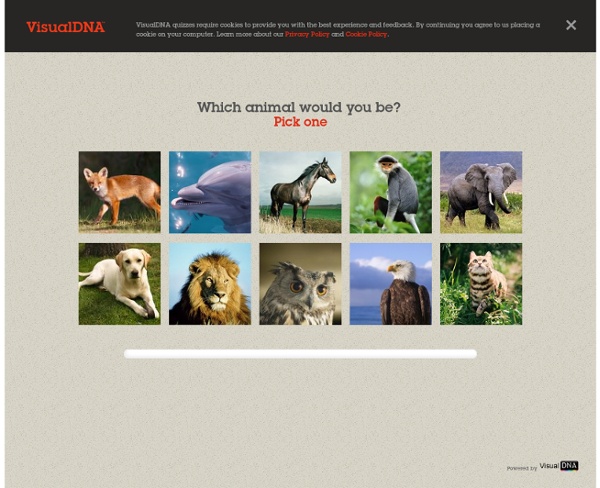 VisualDNA brings a new layer of information to the world of technology that will help bring it closer to the people who use it – making it more enjoyable and relevant. Technology provides businesses with a surfeit of DATA – what and when. However it provides very little in the way of UNDERSTANDING – who did things, and why they did them. We have a different approach. In the financial sector this approach has led to a five-fold increase in ROI, in media we have seen 35% improvement in click rates. Watch a short video about VisualDNA. Learn more about our solutions for business:

Shyness Shyness (also called diffidence) is the feeling of apprehension, lack of comfort, or awkwardness especially when a person is in proximity to other people. This commonly occurs in new situations or with unfamiliar people. Shyness can be a characteristic of people who have low self-esteem. The primary defining characteristic of shyness is a largely ego-driven fear of what other people will think of a person's behavior, which results in the person becoming scared of doing or saying what he or she wants to, out of fear of negative reactions, criticism, rejection, and simply opting to avoid social situations instead.[1] One of the key and most important aspects of shyness is social skills development. Origins[edit] The initial cause of shyness varies. Shyness may come from genetic traits, the environment in which a person is raised and personal experiences. Genetics and heredity[edit] Shyness is often seen as a hindrance on people and their development. As symptom of mercury poisoning[edit]

Do-It-Yourself Joint Pain Relief, As Easy As 1-2-3 Hand Shadow Illusions Mind Bluff - contents - Quick Links Optical Tricks Genius Teasers Subliminal Mind & Body Fun Special Effects Comics & Graphics More Stuff Astonishing Optical Illusions -- each one different, unique, and fun. Four Squares Problem Day-of-the-Week Anagram Marble-Weighing Problem Ten Words Test Fast Questions The object is to reposition two -- and only two -- sticks so that you have exactly four squares of equal size and no sticks left over. Which day of the week is an anagram for a common noun? A mensa-level brainteaser. What do these ten words have in common? Four simple questions designed to stump you. Speed Panel - Words Hand Shadow Illusions Words are flashed across your consciousness: which ones do you detect, and why? See this stunning display of Hand Shadow Illusions cast upon a wall. Create a Fake Phantom Limb Self-Hypnotic Command Pattern Group Mind Experiment Reaction Time Test Tip-of-the-Tongue state Memory Tracer An Odd Tactile Illusion Is Your Hand Elastic? Left vs. Simple test. Future Odds & Ends

aseriesofsmallthings.com Maslow's hierarchy of needs Maslow's hierarchy of needs, represented as a pyramid with the more basic needs at the bottom[1] Maslow's hierarchy of needs is a theory in psychology proposed by Abraham Maslow in his 1943 paper "A Theory of Human Motivation" in Psychological Review.[2] Maslow subsequently extended the idea to include his observations of humans' innate curiosity. His theories parallel many other theories of human developmental psychology, some of which focus on describing the stages of growth in humans. Maslow used the terms "physiological", "safety", "belongingness" and "love", "esteem", "self-actualization", and "self-transcendence" to describe the pattern that human motivations generally move through. Maslow's theory was fully expressed in his 1954 book Motivation and Personality.[5] The hierarchy remains a very popular framework in sociology research, management training[6] and secondary and higher psychology instruction. Hierarchy Physiological needs Safety needs Safety and Security needs include:

how to make a comfrey poultice Two weeks I ago I sprained and hairline-fractured my ankle…and tore my tendon. I was running barefoot on ocean rocks in the rain because I was listless. “I know, I’ll do something slightly off-kilter, so I can feel a bit more alive.” Jo. So. But this has helped. Frankly, I’ve come up with the Creme de la Creme of Healing, Soothing Poulticessssss. Check this shit out… 1. 2. clever trick #1: Most recipes say to add a good handful of flour to get it paste-like. 3. 4. clever trick #2: I then applied the swatch to my ankle…and used clingwrap to keep it there. 5. clever trick #3: With the left-over swatches…I stuck them in the freezer. Feel free to cut and keep this for when you next go barefoot rock running in the rain on a nudist beach. PS Got any other kind of cures like this?

6 Simple Rituals To Reach Your Potential Every Day It’s Tuesday morning at 8 a.m. Two San Francisco entrepreneurs are pitching their ventures to potential investors today. They’d both agree that this is one of the most important days of their lives. This is the story of Jane and Joe... Jane was up until 4 a.m. putting the final touches on her deck. In fact, she spent the entire weekend fixed in her apartment, preparing the presentation. Joe, on the other hand, went to sleep last night at 11 p.m., as he does most nights of the week. Which entrepreneur would you bet on? And, which entrepreneur most closely resembles you? Jane and Joe are fictional characters but having been immersed in the world of startups in both New York and San Francisco, I see a lot of Janes. This past weekend I had the opportunity to speak with my friend Mike Del Ponte, who resembles the character of Joe. "Every day I need physical energy, mental clarity, and emotional balance to tackle everything that comes my way," Mike said. 1. 2. 3. 4. 5. 6.