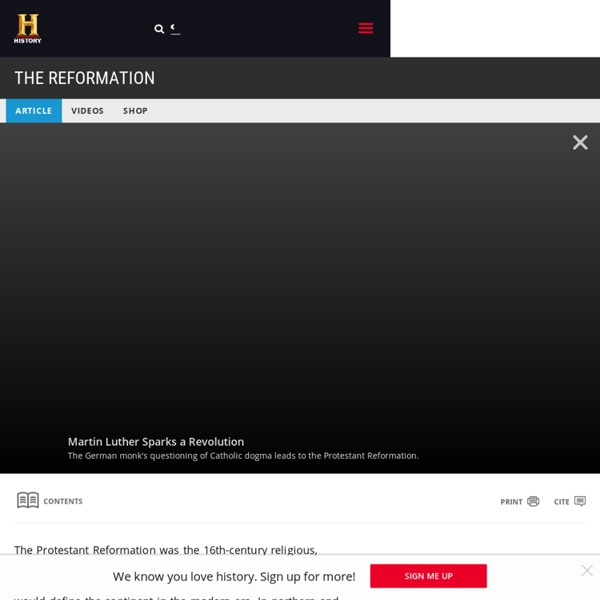 Humanism, Secularism and Individualism in the Renaissance - the Renaissance Humanism/Secularism In the Renaissance the main ideas of humanism came from the people opposing the ideas of the bible and of the Christian church. As the period of medieval rule came to an end, people became more aware and known to social and humanist ideas. What citizens wanted was the place between god and man to disappear and humanists were the ones that were up to the job. Many humanists decided to look back at what the ancient Greeks and romans had already worked on as that usually provided a better of the world. IndividualismWhen the renaissance first started the fact that god was the one who created everything and was the only one that will create amazing things was popular.

Johannes Gutenberg - Inventor German inventor Johannes Gutenberg developed a method of movable type and used it to create one of the Western world's first major printed books, the “Forty-Two-Line” Bible. Synopsis Johannes Gutenberg was born circa 1395, in Mainz, Germany. He started experimenting with printing by 1438. In 1450 Gutenberg obtained backing from the financier, Johann Fust, whose impatience and other factors led to Gutenberg's loss of his establishment to Fust several years later. Gutenberg's masterpiece, and the first book ever printed in Europe from movable type, is the “Forty-Two-Line” Bible, completed no later than 1455. Early Life Born into a modest merchant family in Mainz, Germany, circa 1395, Johannes Gutenberg’s work as an inventor and printer would have a major impact on communication and learning worldwide. Experiments in Printing Financial Trouble In 1448, Johannes Gutenberg moved back to Mainz and by 1450 was operating a print shop. Later Life Related Videos

Twelfth Night: Act I, scenes i–ii Summary: Act I, scene i If music be the food of love, play on, . . . O spirit of love, how quick and fresh are thou. . . . In the land of Illyria, Duke Orsino enters, attended by his lords. Summary: Act I, scene ii Meanwhile, on the Illyrian sea coast, a young noblewoman named Viola speaks with the captain whose crew has just rescued her from a shipwreck. The ship’s captain tells Viola all about Duke Orsino, who rules Illyria. Analysis: Act I, scenes i–ii Viola’s plan for disguising herself in Act I, scene ii introduces one of the central motifs of the play: disguise and the identity confusion related to it. The opening lines of Twelfth Night, in which a moping Orsino, attended by his servants and musicians, says, “If music be the food of love, play on,” establish how love has conquered Orsino (I.i.1). Orsino also makes a pertinent comment about the relationship between romance and imagination: “So full of shapes is fancy / That it alone is high fantastical” (I.i.14–15).