3 words that'll change your life. (MoneyWatch) It happens every day. 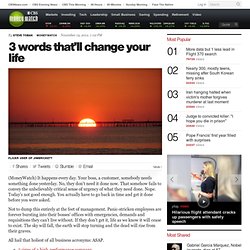 Your boss, a customer, somebody needs something done yesterday. No, they don't need it done now. That somehow fails to convey the unbelievably critical sense of urgency of what they need done. Win the Pitch: Tips from Mastercard's "Priceless" Pitchman - Kevin Allen. As a growth officer in my early career with the mad men and women of McCann Erickson, my mom could never quite grasp what I did for a living. 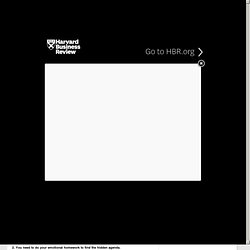 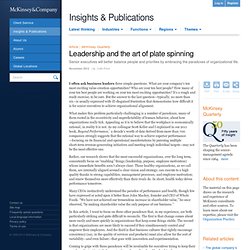 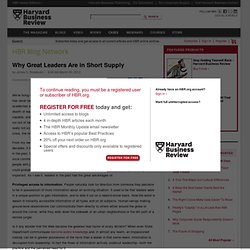 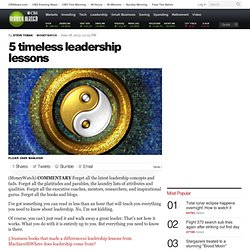 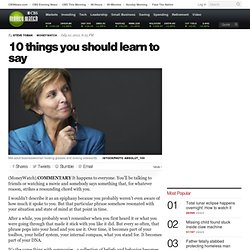 What it takes to captain the mighty the All Blacks – and lessons for business. Organisational behaviour India’s economic rise has been dramatic. 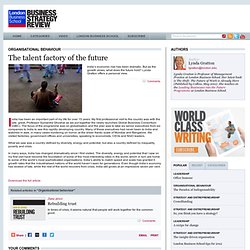 But as the growth slows, what does the future hold? Lynda Gratton offers a personal view. India has been an important part of my life for over 15 years. My first professional visit to the country was with the late, great, Professor Sumantra Ghoshal as we put together the newly launched Global Business Consortium (GBC). What we saw was a country defined by diversity, energy and potential, but also a country defined by inequality, poverty and crisis. In many ways, India has changed dramatically since I first visited. Lessons learned from 25 years in business. In the past 25 years, Abby Hardoon watched technology transform the world and turn business on its head. 25 years ago when I started my first tech company, a "tweet" was something that commonly came from a bird, a home computer was, for the majority, a calculator and social media was sitting in front of the television with a family member. 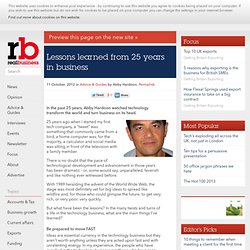 There is no doubt that the pace of technological development and advancement in those years has been dramatic - or, some would say, unparalleled, feverish and like nothing ever witnessed before. With 1989 heralding the advent of the World Wide Web, the stage was most definitely set for big ideas to spread like wildfire and, for those who could glimpse the future, to get very rich, or very poor, very quickly. Management advice that works.

(MoneyWatch) I always question management advice books because I think, "Does this really work, or did the author just dream up a theory just so he could write a book? 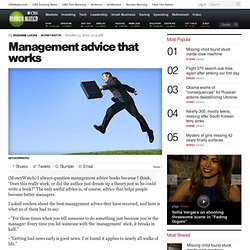 " The only useful advice is, of course, advice that helps people become better managers. I asked readers about the best management advice they have received, and here is what 10 of them had to say: - "For those times when you tell someone to do something just because you're the manager: Every time you hit someone with the 'management' stick, it breaks in half. " - "Getting bad news early is good news. The mindset of great leaders. Do computer geeks and math geniuses smoke? 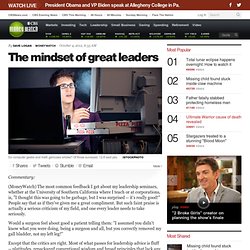 Of those surveyed, 12.8 said yes. istockphoto.

Growth Isn't Rocket Science - HBR IdeaCast. An interview with Ken Favaro, senior partner at Booz & Company and coauthor of the article Creating an Organic Growth Machine. Download this podcast SARAH GREEN: Welcome to the HBR IdeaCast from Harvard Business Review. Why now is a great time to be in business. (MoneyWatch) It's a lousy time to start or grow a business, right? Wrong! Over half of America's Fortune 500 companies started during a depression or recession. Don't put off the basics when starting your biz. (MoneyWatch) When speaking with or advising people starting new companies, or already running small ones, I've found that they often avoid, delay, or otherwise neglect to put some simple but critical business needs in place. Three Skills Every 21st-Century Manager Needs. The world of work has changed dramatically over the past decade. Companies are more global and employee groups more diverse than ever before.

What Business Can Learn from Organized Crime. When 10 men attacked the Taj Mahal Palace hotel in Mumbai, in November 2008, they executed one of the best-orchestrated, most technologically advanced terrorist strikes in history. Before the assault they had used Google Earth to explore 3-D models of the target and determine optimal entry and exit routes, defensive positions, and security posts. During the melee they used BlackBerrys, satellite phones, and GSM handsets to coordinate with their Pakistan-based command center, which monitored broadcast news and the internet to provide real-time information and tactical direction. When a bystander tweeted a photo of commandos rappelling from a helicopter onto the roof of one of the buildings, the center alerted the attackers, who set up an ambush in a stairwell.

It took three days for authorities to kill nine of the terrorists and arrest the tenth; his confession provided details of the operation, which had resulted in 163 deaths and hundreds of injuries.