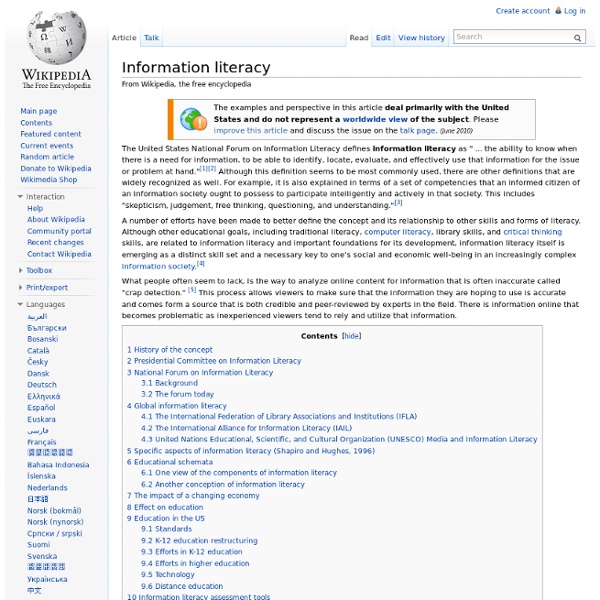 State of the art The term "state of the art" refers to the highest level of general development, as of a device, technique, or scientific field achieved at a particular time. It also refers to the level of development (as of a device, procedure, process, technique, or science) reached at any particular time as a result of the common methodologies employed. The term has been used since 1910, and has become both a common term in advertising and marketing, and a legally significant phrase with respect to both patent law and tort liability. In advertising, the phrase is often used to convey that a product is made with the best possible technology, but it has been noted that "the term 'state of the art' requires little proof on the part of advertisers", as it is considered mere puffery.[1] The use of the term in patent law, by contrast, "does not connote even superiority, let alone the superlative quality the ad writers would have us ascribe to the term".[2] Origin and history[edit] Legal importance[edit]

The Theory of Knowledge The Theory of Knowledge The Theory of KnowledgeWhat is Scientific Method?Limits of EmpiricismPrejudice Against DialecticsStalinist Caricature "It is the customary fate of new truths to begin as heresies and to end as superstitions." (T. The basic assumption underlying all science and rational thought in general is that the physical world exists, and that it is possible to understand the laws governing objective reality. "Indeed, it’s hard to imagine how science could exist if they didn’t. The same is true of the human race in general. It is the illusion of every epoch that it represents the ultimate peak of all human achievements and wisdom. The history of science shows how economical the human mind is. As Eric J. The development of science proceeds through an infinite series of successive approximations. "The first discoveries were realisation that each change of scale brought new phenomena and new kinds of behaviour. Should we therefore despair of ever achieving the whole truth?

Dealing with the problems The Daily Motivator - www.GreatDay.com Friday, September 13, 2013 The more you learn from your problems, the more effective you become at dealing with them. The more you learn from a problem, the less likely it is to trouble you again. When a difficult problem comes along it can be easy to feel sorry for yourself. What will help is a positive, informed response. At first, go ahead and feel bad about the problem. Problems can get your attention and motivate you, so let them. Choose to be positively motivated, to learn, and to respond with action. — Ralph Marston Copyright ©2013 Ralph S. Copyright ©2013 Ralph S.

Manage Your Data: Data Management: Subject Guides The MIT Libraries supports the MIT community in the management and curation of research data by providing the following services: Data Management Guide This Data Management and Publishing Guide is a practical self-help guide to the management and curation of research data throughout its life cycle. Assistance with Creating Data Management Plans Many funders, such as the National Science Foundation, have requirements for data sharing and data management plans. Workshops Our workshops teach you how to manage data more efficiently for your own use and help you to effectively share your data with others. Individual Consultation and Collaboration with Researchers We are available for individual consultation on data management issues, and can provide expertise in areas such as data organization and preservation, connect you to a network of data management services, and advocate for your needs. Referrals to Related Services Contact Us

Why Socrates hated explicit knowledge, and what to do about it. Socrates, as reported by Plato in The Phaedrus, was not a fan of explicit knowledge. Explicit knowledge, in those days, meant Writing, and Socrates never wrote anything down - he had a scribe (Plato) to do that for him. He mistrusted writing - he felt it made people stupid and lazy by giving them the impression that they were recording (and reading) real knowledge. Here's Socrates "He would be a very simple person...who should leave in writing or receive in writing any art under the idea that the written word would be intelligible or certain; or who deemed that writing was at all better than knowledge and recollection of the same matters..... In the form of a fable, he says this about writing as a means of transmitting knowledge In Summary, Explicit Knowledge, for Socrates, is poor because it cannot be questioned, gives always the same answer, and is the "semblance of truth". Socrates (as befits one of the world's leading philosophers) had a good point.

1. The DIKW Model of Innovation Data simply exists. It gains context to become Information by human interaction, which itself becomes Knowledge by interconversion of different forms of information. Wisdom comes from repetition of the DIK cycle. Data by itself has no meaning. Information arises when humans examine the data. Knowledge is the ability to take an action. Wisdom encompasses the best, most appropriate action. Knowledge and wisdom can only be created by an efficient network of humans. The rate limiting step for most organizations is the creation of knowledge. The faster information flows to individuals, the faster the process of knowledge creation and the easier it is to make appropriate decisions.

Cutting the "cost of not knowing" It's not always easy to put a value on knowledge, or on knowledge management. However it is easier to put a cost to the lack of knowledge, through asking the question "How much would you have saved, if you had known what you know now, in advance"? The answer to this question represents the "cost of no knowledge" We recently asked this question of a project manager, at the end of his project, once he had identified the problem areas with the benefit of hindsight. Savings of $30 m by avoiding sanction delays "The 8 months hiatus may have cost $30 million, that is just off the top of my head, no science” Savings of $.5m in better involvement of the operations staff “The documentation issue may have cost the project about $0.5 million”. $.5m in commissioning + $2-3m lost revenue “The cost to the project would be an extension of the PM team, say $0.5 million, plus 4/6 weeks lost revenue, equivalent to $0.5 million/week.”.

Community of practice and trust building - ... a beginner at something ﻿A few days ago I shared my crude model how we go from words to trust. I strung it along: word, definition, context, grammar, meaning, concept, understanding, salience, insight, trust, reputation. I believe each prior step must be present and perceived by both partners in an interaction before the next step gets good traction. Being in the people business of establishing technical trust - as I am - is an interesting combination of challenges: engineering, salesmanship, diplomacy, organization and administration, combined with awareness for the needs of future users of what we test and certify, and the needs and expectations of society. Seeking a competitive edge in this usually means working without a model, or just making one up and test it, see what sticks and build on that. Trust is a non-negotiable essential in business. To me, competitive edge is all about faster, yet secure trust building, towards more intense knowledge flows and learning from each other.