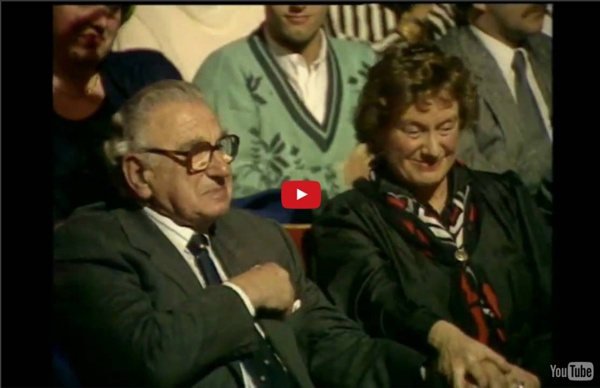 Related:  How to be human- Examples

One Woman’s Brilliant “Fuck You” to Wikipedia Trolls A young Wikipedia editor withstood a decade of online abuse. Now she’s fighting back — on Wikipedia itself. The “fuck you” project crystallized one Friday night last year. “There are alternate realities where I raped you and got away with it,” it read. The note came from someone with a history of harassing the 22-year-old medical student. Nothing. She’d been receiving vicious emails for a decade. Follow Backchannel: Facebook | Twitter Across the internet, trolls disproportionately target women and members of other underrepresented groups. When people get forced off the web, their voices disappear from the internet’s public squares. But on that Friday night, Temple-Wood had an idea. Temple-Wood didn’t want to give up her voice — the web was the only place where she felt free to be herself. The first time she tried editing Wikipedia, in 2007, she created a page under an anonymous account to taunt her younger sister. Creative Art Direction: Redindhi StudioIllustration by: Laurent Hrybyk

Cat plays with the window washer Endearing Twin Photography Newborn photo shoots are always tricky, but when you add two other young kids? That is a true challenge. Photographer Juliet Cannici and her wife Nikki recently welcomed twin girls Gia and Gemma, adding to their brood of 3-year-old twins Nico and Siena. So far, the now-family of six are getting along swimmingly. Nico and Siena were very excited to meet their new siblings; for months, they snuggled with Nikki’s belly, talking to the then-unborn babies. “Now that they [Gia and Gemma] are here,” Cannici told The Huffington Post, “they [Nico and Siena] are incredibly gentle with them, and love holding and feeding them. When the newborns were just 11 days old, Cannici enacted her grand plan. Once Cannici realized that that the fancy clothes were out, she took Nico and Siena out of their costumes and let them play. “I hope when people look at that photo they can see the true joy,” Cannici expressed. Here’s how Nico and Siena looked when posed in their fancy outfits. Siena is NOT having fun.

Meet 12 Badass Scientists…Who Also Happen to be Women 1. Renée Hlozek, cosmologist South African cosmologist Renée Hlozek studies the cosmic microwave background — radiation left over from the Big Bang — to better understand the initial conditions of the universe and how it grew into the structures, such as galaxies, we see today. “My field is about asking questions about the nature and evolution of the universe, fundamental to our understanding of ourselves,” Hlozek says. 2. We know a lot about molecular processes, yet they are impossible to observe directly. “The group of women in this image work on some pretty awe-inspiring science — from understanding the birth of the universe, to finding evidence of cancer in ancient human populations, to preserving animal species that may disappear without our help,” says Iwasa. 3. When archeologist Katie Hunt was diagnosed with ovarian cancer at 22, it catalyzed a deeper curiosity about cancer as an ancient disease. 4. 5. 6. Astrophysicist Jedidah Isler studies supermassive, hyperactive black holes.

Jesse Owens & Luz Long Jesse Owens won gold in the long jump at the 1936 Summer Olympics. In second was Luz Long, a German athlete who in the photograph is doing the Nazi salute. After their competition, Luz was the first to congratulate Jesse. “They posed together for photos and walked arm-in-arm to the dressing room. Owens said, ‘It took a lot of courage for him to befriend me in front of Hitler… You can melt down all the medals and cups I have and they wouldn’t be a plating on the twenty-four karat friendship that I felt for Luz Long at that moment.’” The two stayed friends. Luz was killed in action during WWII. Sources: A Needed Change: How Sit Ins HelpedThe Civil Rights Movement They looked so young, the four college students who sat down and ordered coffee at the Woolworth's lunch counter in Greensboro, N.C., on Feb. 1, 1960. In February 1960, college students (from left) Joseph McNeil, Franklin McCain, Billy Smith and Clarence Henderson began a sit in protest at the whites-only lunch counter at a Woolworth's in Greensboro, N.C. --- Image by Jack Moebes/CORBIS News of the Greensboro sit in spread. Here, African-Americans in Atlantic City, N.J., protest against Woolworth's segregated lunch counters, March 19, 1960. African-American students from Saint Augustine College study while participating in a sit-in at a whites-only lunch counter in Raleigh, N.C. Legal challenges and demonstrations were cracking the foundations of segregation, but a black person still couldn't sit down and eat a hamburger or a piece of pie in a store that was all too willing to take his money for a tube of toothpaste. "Pork chops, stuffed bell peppers.

Patti Smith on Singing at Bob Dylan’s Nobel Prize Ceremony I was born in Chicago on December 30, 1946, within the vortex of a huge snowstorm. My father had to help the taxi driver navigate Lake Shore Drive with the windows wide open, while my mother was in labor. I was a scrawny baby, and my father worked to keep me alive, holding me over a steamy washtub to help me breathe. I will think of them both when I step on the stage of the Riviera Theatre, in Chicago, on my seventieth birthday, with my band, and my son and daughter. Despite the emotionally wrenching atmosphere that has engulfed us during the Presidential election, I have tried to spend December immersed in positive work, tending to the needs of my family, and preparations for the new year. But when it was announced that Bob Dylan had won the prize and accepted, it seemed no longer fitting for me to sing my own song. From that moment, every spare moment was spent practicing it, making certain that I knew and could convey every line. And then suddenly it was time.

Incredible photograph of a German soldier going against direct orders to help a young boy cross the newly formed Berlin Wall after being separated from his family, 1961 Nancy Wake, Proud Spy and Nazi Foe, Dies at 98 Nancy Wake did not like killing people. But in wartime, she once told an interviewer, “I don’t see why we women should just wave our men a proud goodbye and then knit them balaclavas.” Ms. Wake, a onetime freelance journalist whose life careered along a path that Hemingway might have sketched, from impoverished childhood to high-society hostess in the south of France to decorated heroine of the French Resistance during World War II, died last Sunday in London. In the war, she was credited with saving the lives of hundreds of Allied soldiers and downed airmen between 1940 and 1943 by escorting them through occupied France to safety in Spain. She helped establish communication lines between the British military and the French Resistance in 1944 that were deemed crucial to weakening German strength in France in advance of the Allied invasion. By her own account she once killed a German sentry with her bare hands, and ordered the execution of a woman she believed to be a German spy. Ms. Ms.

Hijab-Wearing Musician Mona Haydar Channels Beyoncé For Debut Of Her 'Resistance Music' And Video : Code Switch Mona Haydar is a Syrian-American artist from Flint, Mich. She wears a hijab with pride. She's been a performance poet for 13 years, writing about love, trauma, loss and joy. Earlier this month, she did something different. She released her first rap song, "Hijabi," along with an accompanying video. Then there's the fact that Haydar is eight months pregnant in the video. "It's actually really powerful that there's a pregnant woman in the video in a song that's all about women's bodies," she says. Artists like Beyoncé and MIA have brought pregnant bodies into the mainstream, but Haydar says the negative views of pregnancy are still very apparent. "The fact that a pregnant woman is in a music video was just shocking for a lot of people," she says. Haydar's lyrics also comment on the notion held, even by some feminists, that the hijab is an oppressive tradition. "What their hair look like? Don't that feel too tight? As a Muslim woman, breaking into the music industry has been difficult.

11 Badass Women click 2 x Susan B. Antony, Gloria Steinem, Sacajawea—these are just some of the famous women who have paved the way for others and shaped our world. But history is filled with female trailblazers who have suffered, innovated, and not backed down in the face of adversity. To celebrate these badass women who have become pioneers in some aspect of their lives, we've compiled our list of female heroes you may not have heard of. From a war reporter to the first female combat pilot, each has contributed something unique and special to history. Haven't heard of these inspirational ladies? Emma Gatewood (1887 – 1973) Affectionately known as Grandma Gatewood, she was a pioneer as the first woman to walk the Appalachian Trail solo in one season. Retta Scott (1916 – 1990) Retta Scott was the first female animator at Disney, getting a screen credit on the 1942 film Bambi. Barbara McClintock (1902 – 1992) Barbara McClintock was a scientist who broke barriers, winning the Nobel Prize in 1983. Annie Lumpkin

Related:
Related:  How to be human- Examples