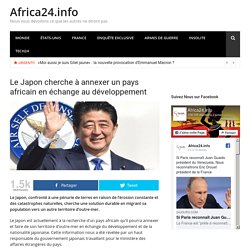 With its abounding natural resources, vast expanses of arable land, and evolving infrastructure, the African continent arguably presents a wealth of opportunity to global investors. 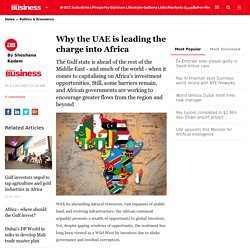 Yet, despite gaping windows of opportunity, the continent has long been viewed as a Wild West by investors due to shaky governance and residual corruption. That all seems to be changing. Last year, although the number of foreign direct investment (FDI) projects into Africa dropped by 16 percent to 602 in 2016, the total value of capital investment increased by 40 percent to $92.3bn, according to the 2017 Africa Investment Report by the UK Financial Times’ fDi Intelligence, published in August. What is Qatar doing in West Africa? Sub-Saharan Africa has long been the exclusive domain of French diplomacy. 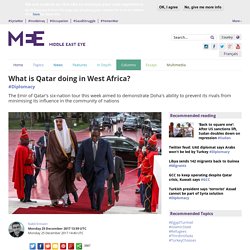 And the relationship between the former colonial power and the countries considered part of the pejoratively termed "Francafrique" has indeed stood the test of time. Benefiting from the powerful support of African leaders, Paris would capture the lion's share of the new markets that opened up when the nations of Francafrique started to rebuild. Since the rule of the former Qatari Emir, Sheikh Hamad, the emirate has been making significant efforts to develop its presence in Africa.

Netanyahu: Israel seeks to join African Union. Israeli Prime Minister Benjamin Netanyahu has expressed the desire for Israel to become a member of the African Union, in a renewed bid to increase cooperation with the continent, according to Kenyan newspaper Daily Nation. 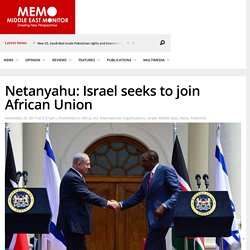 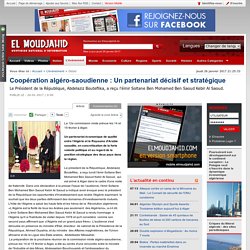 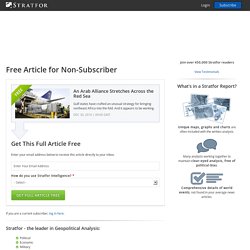 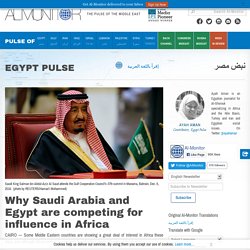 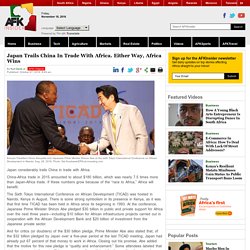 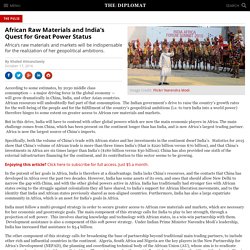 By Khaled Almanzlawiy for The Diplomat October 17, 2016 According to some estimates, by 2030 middle class consumption — a major driving force in the global economy — will grow dramatically in China, India, and other Asian countries. African resources will undoubtedly fuel part of that consumption. The Indian government’s drive to raise the country’s growth rates for the well-being of the people and for the fulfillment of the country’s geopolitical ambitions (i.e. to turn India into a world power) therefore hinges to some extent on greater access to African raw materials and markets. Dubai Government Media Office. Turning its focus on East Africa, the Dubai Chamber of Commerce and Industry opened its 4th African office in the Kenyan capital Nairobi on Tuesday as part of its strategy to strengthen economic ties with the continent and to promote Dubai and its business competitiveness in the African market. 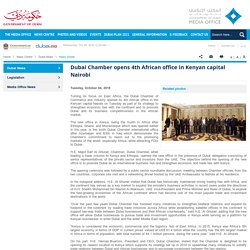 The new office in Kenya, being the fourth in Africa after Ethiopia, Ghana, and Mozambique which was opened earlier in the year, is the sixth Dubai Chamber international office after Azerbaijan and Erbil in Iraq which demonstrate the Chamber’s commitment to reach out to the promising markets of the world, especially Africa, while attracting FDIs to Dubai. H.E. Gulf investments in Africa beginning to spread far and wide. Traditionally, investments from the Arabian Gulf into Africa have focused on North Africa, owing partly to closer cultural ties and the Gulf’s focus on western markets.

This scenario is slowly changing and so too are the pan-African investment strategies of Gulf investors. According to the Economist Intelligence Unit, FDI inflows from the Gulf to sub-Saharan Africa topped US$9.3 billion between 2005 and 2015, with Kenya, Uganda, South Africa and Nigeria attracting the largest number of Gulf investors. Investors are becoming increasingly cognisantthat market volatility, partly owing to limited liquidity, requires a longer-term investment approach. Private co-equity investments, the acquisition of private equity-owned assets as well as direct buyouts and the acquisition of minority stakes in companies, are the most significant modes of market entry in sub-Saharan Africa.

Why China and Saudi Arabia Are Building Bases in Djibouti. China and Saudi Arabia are building military bases next door to US AFRICOM in Djibouti—and bringing the consequences of American withdrawal from the region into stark relief. Djibouti, a resource-poor nation of 14,300 square miles and 875,000 people in the Horn of Africa, rarely makes international headlines. But between its relative stability and strategic location—20 miles across from war-consumed Yemen and in destroyer range of the pirate-infested western edge of the Indian Ocean—it is now one of the more important security beachheads in the world. Its location also matters greatly to global commerce and energy, due to its vicinity to the Mandeb Strait and the Suez-Aden canal, which sees ten percent of the world’s oil exports and 20 percent of its commercial exports annually.[1] Since November 2002, the country has been home to Camp Lemonnier, a U.S.

“The two countries have held talks and signed a MoU,” he said expressing hope they could manage to nurture technological interactions in the near future. He noted that Iran is willing to be among the 30 developed countries in the near future. “We believe that cooperation and friendship with the Islamic Republic of Iran could be one of the most important plans to achieve the goal.” The cooperation can provide huge opportunities for the exchange of science and technology and promote various projects between the two countries, he underlined. Netanyahu offers Israeli technology to African nations - Technology & Health - News - Israel’s Ambassador to the United Nations, Danny Danon, and Prime Minister Binyamin Netanyahu on Thursday held a special event on the sidelines of the UN General Assembly focusing on Israeli innovation in Africa and developing countries.

The event, which was hosted by the Prime Minister and was an initiative of Ambassador Danon, presented the latest developments from the Start-Up Nation to heads of state and ambassadors from around the world. The Israeli companies presented their innovations before more than 15 presidents, prime ministers, foreign ministers from Africa and developing countries. Dozens of ambassadors, senior UN officials and representatives from the private sector also took part in the event. Speaking at the event, Netanyahu said, “I believe that Israel can be an amazing partner for your countries.

India’s investment in Africa: Feeding up an ambitious elephant. Economic relations between India and the African continent have increased tremendously since the turn of the century. This article provides a snapshot of Indian investment in Africa. One of the key features of India's foreign policy in the post-cold war era is New Delhi's ambition to emerge as an important global player. This role, India intends to achieve it primarily by building a strong economy. As the prominent essayist and adviser to former Prime Minister Singh, Sanjaya Baru, put it in his ground-breaking book Strategic Consequences of India's Economic Performance, “in recent years, nothing has defined India's place in the world more importantly than the new profile India's economy has acquired.”[1] According to Baru, “the time has come when trade has to raise the flag rather than just follow it.”

Mauritius: A key player. Africa's future growth: Role of Asia. Weaker global outlook and the impact of Brexit have created uncertainty around growth prospects. The impact weighs heavy on world economic outlook with the International Monetary Fund (IMF) predicting advanced economies will grow by only 0.2 per cent from 1.9 per cent to 2.1 per cent and hold steady in 2017. Against this backdrop of lethargic economic performance, some developing economies still show strong growth potential. Développer ses échanges économiques avec le monde arabe et l’Afrique.