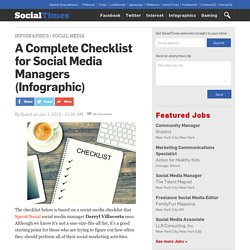 Although we know it’s not a one-size-fits-all list, it’s a good starting point for those who are trying to figure out how often they should perform all of their social marketing activities. Daily Respond to inbound social messages: Social media is quickly turning into one of the most popular channels for customer support, so it’s key to engage with the customers who are proactively reaching out to your brand. These days, ignoring customers on social media is similar to ignoring the phone ringing when they call your help centers.Monitor and respond to brand mentions: Sometimes when people are discussing your brand on social sites, they won’t actually tag you in the post. This means that there can be entire conversations happening about your brand that you’re not aware of, which can be a dangerous situation. Weekly. A Visual Guide to Social Media Best Practices. You already know social media works. 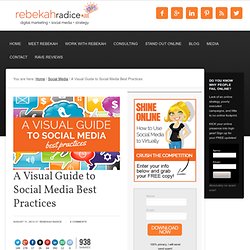 The question is, how to make it work best for your business? The key is finding best practices that complement your marketing strategy. A recent social media trends guide by Vocus reveals top ways to use visual marketing across your social media channels. Want to drive engagement on Facebook, Twitter, Google+ and Pinterest? Ready to use the power of graphics to grab the attention of your audience? Below you will find top ways to incorporate visual media into nine of today’s hottest social networks, including real business examples and a handy Infographic! 1. How Starbucks Crushes It on Social Media.

Why It Might Be Time to Completely Change Your Social Media Strategy. How to Effectively Use Hashtags for Maximum Engagement. Hashtags. 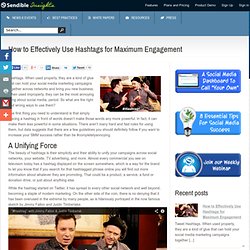 When used properly, they are a kind of glue that can hold your social media marketing campaigns together across networks and bring you new business. When used improperly, they can be the most annoying thing about social media, period. So what are the right and wrong ways to use them? The first thing you need to understand is that simply placing a hashtag in front of words doesn’t make those words any more powerful. In fact, it can make them less powerful in some situations. A Unifying Force The beauty of hashtags is their simplicity and their ability to unify your campaigns across social networks, your website, TV advertising, and more.

While the hashtag started on Twitter, it has spread to every other social network and well beyond, becoming a staple of modern marketing. Here’s how to avoid that trap. Twitter: The Originator It started on Twitter and it continues to be a driving force there, with trending topics almost always beginning with #. Facebook: Proceed with Caution. Las 4 P del Social Media. Por diversos motivos tales como la crisis, el desconocimiento, la novedad, la publicidad engañosa, etc. 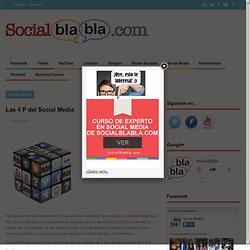 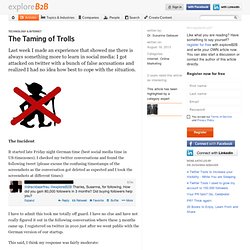 The Incident It started late Friday night German time (best social media time in US-timezones). I checked my twitter conversations and found the following tweet (please excuse the confusing timestamps of the screenshots as the conversation got deleted as expected and I took the screenshots at different times): I have to admit this took me totally off guard. I have no clue and have not really figured it out in the following conversation where these 3 months came up.

This said, I think my response was fairly moderate: This was obviously not convincing: Maybe I should have stopped at this, but I was really taken aback by his insistence on denouncing me: He then again came with the three months, this time accusing me and my company exploreB2B of being “fake”: Pinterest and Google Plus: Two Peas in a Pod. 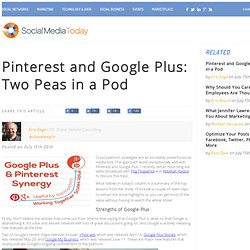 The approach works exceptionally well with Pinterest and Google Plus. I recently did an hour-long live video broadcast with Peg Fitzpatrick and Rebekah Radice to discuss this topic. What follows in today's column is a summary of the top lessons from the show. I'll include a couple of video clips to extract the show highlights so you can get most of the value without having to watch the whole show! Strengths of Google Plus Firstly, don't believe the articles that come out from time to time saying that Google Plus is dead, or that Google is abandoning it. Two of Google's recent major releases include: +Post ads which was released April 16, Google Plus Stories, which was released May 20, and Google My Business, which was released June 11. Google Plus has some significant advantages over other platforms as well. 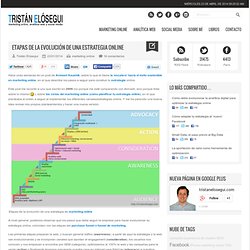 As HubSpot grows in Europe, we've been learning a lot about how we can adapt our social media strategy to connect with many different cultures across Europe. We reached out to the leading social media experts in five European countries to get their insights on how to be successful in their countries, as well as hear their thoughts on how to dominate in a European social media landscape. In this post, we share their thoughts, tips, and advice so that you can be hugely successful in a European market. 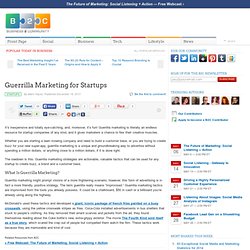 Guerrilla marketing is literally an endless resource for startup companies of any kind, and it gives marketers a chance to flex their creative muscles. Whether you are starting a lawn mowing company and need to build a customer base, or you are trying to create buzz for your new super-app, guerrilla marketing is a unique and groundbreaking way to advertise without spending a million dollars, or anything close to a million dollars, if it is done right. The lowdown is this: Guerrilla marketing strategies are actionable, valuable tactics that can be used for any startup to create buzz, a brand and a customer base. What Is Guerrilla Marketing? Guerrilla marketing might prompt visions of a more frightening scenario; however, this form of advertising is in fact a more friendly, positive strategy. 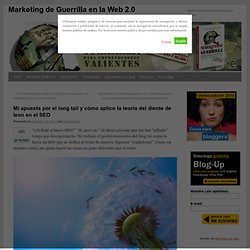