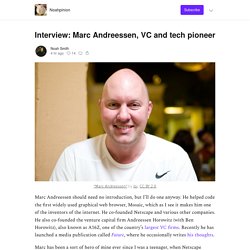 He helped code the first widely used graphical web browser, Mosaic, which as I see it makes him one of the inventors of the internet. He co-founded Netscape and various other companies. He also co-founded the venture capital firm Andreessen Horowitz (with Ben Horowitz), also known as A16Z, one of the country’s largest VC firms. How to Get Startup Ideas. November 2012 The way to get startup ideas is not to try to think of startup ideas. 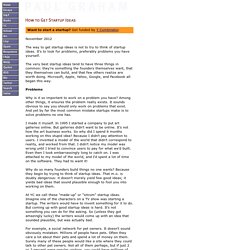 It's to look for problems, preferably problems you have yourself. The very best startup ideas tend to have three things in common: they're something the founders themselves want, that they themselves can build, and that few others realize are worth doing. Microsoft, Apple, Yahoo, Google, and Facebook all began this way. Problems. Sean Parker On Why Myspace Lost To Facebook. With reports of social network Myspace about to sell for ~$30 million, the tech world eagerly awaits the HBS study for why the service, which was bought in 2006 by Newscorp for $580 million and was at some point valued at $1.5 billion (a quote in a Business Week article referred to it as “one of the best acquisitions ever”) ultimately failed. 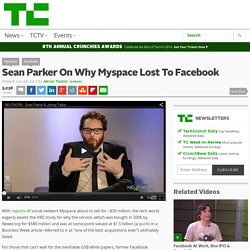 For those that can’t wait for the inevitable GSB white papers, former Facebook President and Napster co-founder Sean Parker explained why Myspace succumbed to Facebook in an interview with Jimmy Fallon at the NExTWORK Conference in New York. While the entire interview is a delight to watch, the highlight is when Fallon starts asking Parker about whether Facebook is “it,” (“Is Facebook the end game?”) The Games Startups Play. Every startup plays two complementary games–the air game and the ground game. 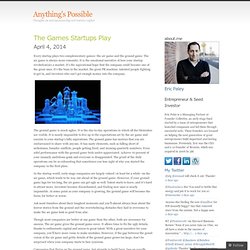 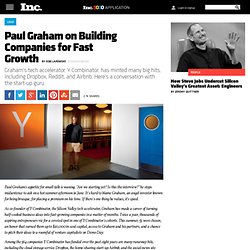 "Are we starting yet? Is this the interview? " he stops midsentence to ask on a hot summer afternoon in June. Why Wesabe Lost to Mint - Marc Hedlund's Blog. Five Things I Learned At MySpace That Could Help Google+ Editor’s note: This guest post is written by Tom Anderson, the former President, founder and first friend on MySpace. 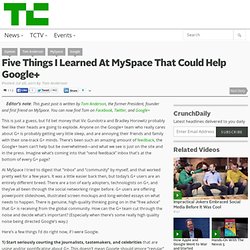 You can now find Tom on Facebook, Twitter, and Google+ Startups, I want to challenge the concept of having a “Plan B” Certain things require a plan B, ex: rescue missions, wars, campaigning for an election, getting out of personal financial debt, science experiments etc. 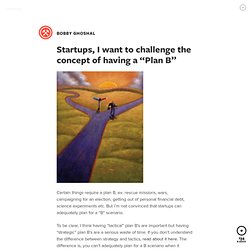 The Strategy Trap. “They were worried that I would get bogged down in wanting to do things, not just create strategy.”- David Polinchock / @lbbinc One of the topics covered during the #LikeMinds Summit this past weekend was precisely this: The chasm between strategy and execution, especially as businesses struggle to understand how to leverage, integrate and operationalize Social Communications (what you do with social media platforms) in the coming 6-24 months. 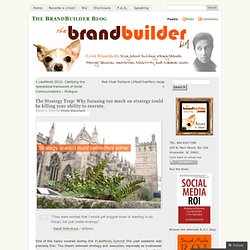 Unfortunately, because the C-suite tends to look to itself when it comes to “strategic masterminding,” the focus too often shifts from execution at the customer level (the most important thing a business should be focusing on on) to… being the guy who came up with the game-changing strategy that will secure more funding and increase influence within the organization. When this happens, strategy becomes a product, and that’s bad. Strategy isn’t a product. Strategy exists mostly in support of execution. Um… yeah, except… no. Color, Now Down Two of Three Leaders, Looks Like A Lesson in Lean Startup Philosophy. Just three and a half months after the company launched to the public, proximity-based photo sharing mega-startup Color has lost a second of its three high-profile initial team members, Michael Arrington reported this morning. 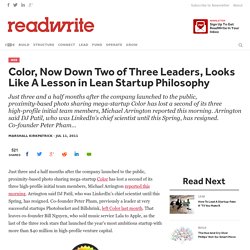 Arrington said DJ Patil, who was LinkedIn's chief scientist until this Spring, has resigned. Co-founder Peter Pham, previously a leader at very successful startups Photobucket and Billshrink, left Color last month. That leaves co-founder Bill Nguyen, who sold music service Lala to Apple, as the last of the three rock stars that launched the year's most ambitious startup with more than $40 million in high-profile venture capital.

Play by your own rules. — Work & Education. In January of 2008 some friends and I launched PackRat, an early social game on Facebook. 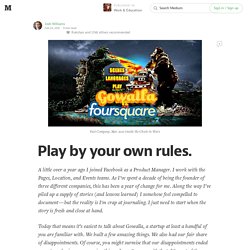 Eight months later, in August, we gave PackRat a cash-backed virtual currency. Anti-scale effect in tech. Staying Credulous: On Not Letting Being 40 Get In The Way. I turned 40 in March. 5 lines strategy for startups. How New Ideas Almost Killed Our Startup. Odysseus resisting the Sirens Vinicius Vacanti is co-founder and CEO of Yipit. Next posts on how to acquire users for free and how to raise a Series A. Don’t miss them by subscribing via email or via twitter. Why Startups Fail « vcdave. An entrepreneur recently asked me why startups fail. Startups fail because they run out of money. Startup advice, briefly.