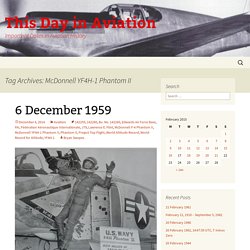 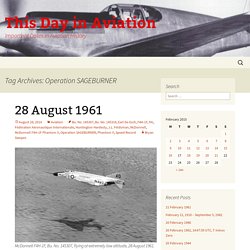 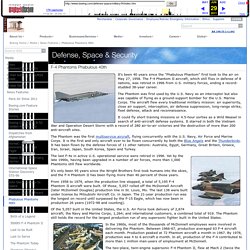 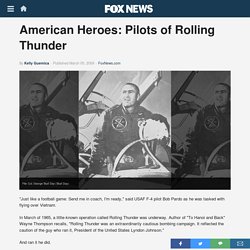 George 'Bud' Day ('Bud' Day) "Just like a football game: Send me in coach, I'm ready," said USAF F-4 pilot Bob Pardo as he was tasked with flying over Vietnam. In March of 1965, a little-known operation called Rolling Thunder was underway. Author of "To Hanoi and Back" Wayne Thompson recalls, "Rolling Thunder was an extraordinarily cautious bombing campaign. It reflected the caution of the guy who ran it, President of the United States Lyndon Johnson. " And ran it he did. In our history, a president has never been so involved in the minute details of choosing targets and tactics during war. . • Catch the 'War Stories Classic: Operation Rolling Thunder,' Monday, March 9 at 3 a.m. Johnson's cautious approach gave the Vietnamese enough time to prepare their defenses and study U.S. tactics.

In late August 1967, Col. Col. For most pilots, superstitions or lucky charms are part of their daily routines. "We had pulled up to about fourteen thousand feet for the roll in," Pardo recalled. McDonnell Douglas F-4 Phantom II. The McDonnell Douglas F-4 Phantom II[N 1] is a tandem two-seat, twin-engine, all-weather, long-range supersonic jet interceptor fighter/fighter-bomber originally developed for the United States Navy by McDonnell Aircraft. 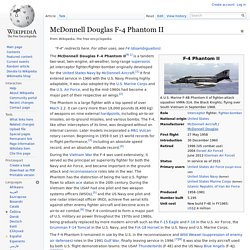 It first entered service in 1960 with the U.S. Navy. Proving highly adaptable, it was also adopted by the U.S. Marine Corps and the U.S. Air Force, and by the mid-1960s had become a major part of their respective air wings.[2] The Phantom is a large fighter with a top speed of over Mach 2.2. During the Vietnam War the F-4 was used extensively; it served as the principal air superiority fighter for both the Navy and Air Force, and became important in the ground-attack and reconnaissance roles late in the war. Development[edit] Origins[edit] McDonnell Douglas F-4 Phantom II.

McDonnell Douglas F 4 Phantom II from aviation history com. McDonnell F-4J Phantom II. The F-4J was the final version of the Phantom to be placed in production for the US Navy and US Marine Corps. 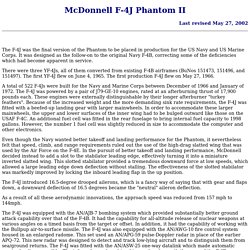 It was designed as the follow-on to the original Navy F-4B, correcting some of the deficiencies which had become apparent in service. There were three YF-4Js, all of them converted from existing F-4B airframes (BuNos 151473, 151496, and 151497). F-4 Phantom II Fighter. The McDonnell two-place, twinjet, all-weather F-4 Phantom II, with top speeds more than twice that of sound, was one of the most versatile fighters ever built. 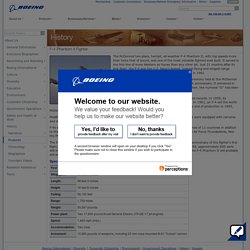 It served in the first line of more Western air forces than any other jet. Just 31 months after its first flight, the F-4 was the U.S. Navy's fastest, highest-flying and longest-range fighter. It first flew May 27, 1958, and entered service in 1961. It was named Phantom II on July 3, 1959, during a ceremony held at the McDonnell plant in St.

Homepage - PhantomF4K. Thunder & Lightnings - McDonnell-Douglas/BAC F-4K/M Phantom II - History. History The history of the Phantom in UK service is what will be covered here; other web sites cover the basic aircraft in much detail and I see little point in duplicating that effort. 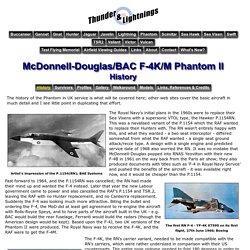 On paper, using Speys looked like a great idea, as they were more powerful than the J79s fitted normally, and more fuel-efficient. However, it would not be an easy match. The engine bays needed to be enlarged, and the rear fuselage redesigned to cope with the slight exhaust down-angle needed to further improve take-off performance. Speys required a greater flow of air so the intakes had to be enlarged and even then auxiliary intake doors had to be introduced on the fuselage just forward of the tail.

Leading Particulars. McDonnell F-4A Phantom II "Sageburner" Some aircraft are remembered for the large number produced, others for their length of time in service, and others for their ability to perform their mission. 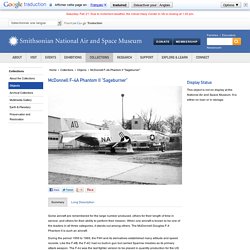 When one aircraft is known to be one of the leaders in all three categories, it stands out among others. The McDonnell Douglas F-4 Phantom II is such an aircraft. During the period 1959 to 1969, the F4H and its derivatives established many altitude and speed records. F-4D Phantom - The Collings Foundation. This is not Vietnam, but it could be your air show. 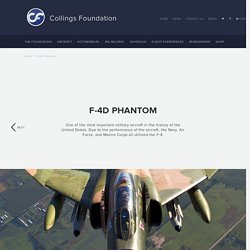 It is a description of the Vietnam Memorial Flight–what millions of airshow attendees have delighted in seeing since August 1999. The F-4 is undoubtedly one of the most important military aircraft in the history of the United States. McDonnell Douglas F-4C Phantom II. First flown in May 1958, the Phantom II originally was developed for U.S. Navy fleet defense. The U.S. Air Force's first version, the F-4C, made its first flight in May 1963, and production deliveries began six months later.