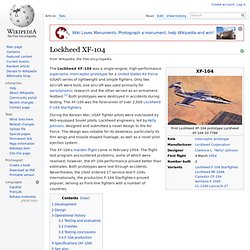 Only two aircraft were built, one aircraft was used primarily for aerodynamic research and the other served as an armament testbed.[1] Both prototypes were destroyed in accidents during testing. The XF-104 was the forerunner of over 2,500 Lockheed F-104 Starfighters. The XF-104's maiden flight came in February 1954. The flight test program encountered problems, some of which were resolved; however, the XF-104 performance proved better than estimates. Both prototypes were lost through accidents. Development[edit] An original Johnson sketch On his return to the U.S., Johnson immediately started the design of just such an aircraft realising that an official requirement would soon be published. Design[edit] Lockheed F-104 Starfighter - Fighter.

The Lockheed F-104 was in many ways an engineering marvel whose legacy suffered terribly due to several internal and external circumstances, so much so, in fact, that the aircraft was dubbed the unflattering name of "Widowmaker". 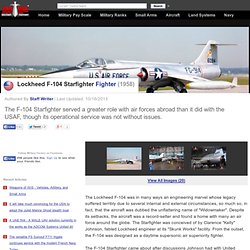 Despite its setbacks, the aircraft was a record-setter and found a home with many an air force around the globe. The Starfighter was conceived of by Clarence "Kelly" Johnson, fabled Lockheed engineer at its "Skunk Works" facility. Search Results for F-104. New Mission For The F-104 Starfighter. An F-104 Starfighter jet lands at Kennedy Space Center in Cape Canaveral on Tuesday after completing the maiden flight of a device known as Dust at Altitude Recovery Technology, or DART, which is being used to sample African dust in Florida’s atmosphere for potential pathogens of humans, plants and animals. 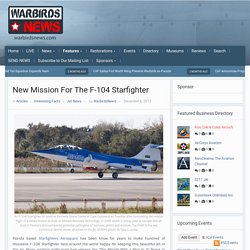 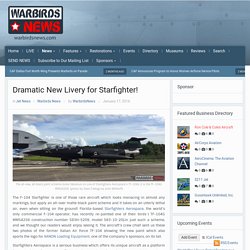 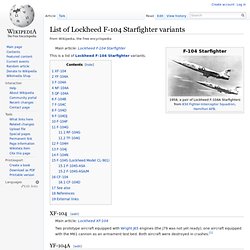 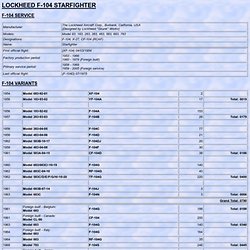 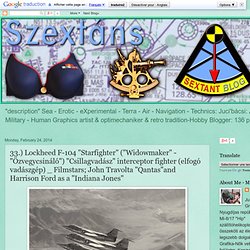 He made it small and relatively light, with a massive, powerful engine -- a combination which would make it very fast and very capable as an interceptor. The first XF-104 prototype was first flown on 7 February 1954, but nearly four years of development took place before the USAF began using the aircraft. During this time the Air Force became disinterested in fighters of the F-104's class, and they purchased less than 300 of them. However, several other allied countries, under the leadership of West Germany, decided to manufacture an improved version for themselves. Production began in no fewer than six locations, including Belgium, Canada, Italy, Japan, the Netherlands and West Germany. Developed by Lockheed as a single engine, high performance super sonic interceptor aircraft.Number Built: from ret. avn.

Kedvelvevő ábra ! WINGS PALETTE - Lockheed F-104 Starfighter. F-104 Variants - Cold War - Britmodeller.com. Pigsty, on Feb 10 2012, 01:30 PM, said: Canada (CF-104 - similar but not identical, eg no gun, many with the camera fairing of the RF-104G); While the CF-104 started its operational life with no gun, this was reintroduced when the Canadian Starfighter fleet changed role from the nuclear strike to the conventional gound attack. 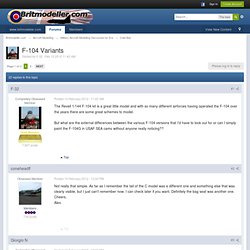 At the same time the CF-104s received the first camouflage scheme of overall dark green. To add some info to your good list, the other users of the 104G were: Germany (both luftwaffe and marineflieger), Netherlands, Belgium, Denmark, Norway, Spain, Greece.Some of these also used the RF-104G and all had a few TF. Denmark, Norway and Turkey also received a number of second hand CF-104. Taiwan did use the TF-104G too, some new and some second hand. I might also add a little known user of the Starfighter: the US Navy used 3 aircrafts (1 YF-104A and 2 F-104A) for tests of the sidewinder missile. Vietnam Conflict Aviation Resource Center - A Warbirds Resource Group Site. Lockheed F-104 Starfighter Lockheed F-104 Starfighter was an American single-engined, high-performance, supersonic interceptor aircraft that was one of the Century Series of aircraft and served with the United States Air Force (USAF) from 1958 until 1967. 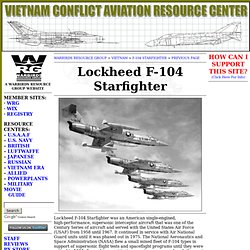 It continued in service with Air National Guard units until it was phased out in 1975. The National Aeronautics and Space Administration (NASA) flew a small mixed fleet of F-104 types in support of supersonic flight tests and spaceflight programs until they were retired in 1994. 916 Starfighter. ...Darryl Greenamyer World Speed Record.. N104RB Red Baron. The Red Baron was a highly modified Lockheed F-104 Starfighter which set a FAI Class C-1 Group III 3 km speed record of 1,590.45 kilometres per hour (988.26 mph), in 1977 which still stands.[1] It was assembled by Darryl Greenamyer and sponsored by Ed Browning and the Red Baron Flying Service of Idaho Falls, Idaho. 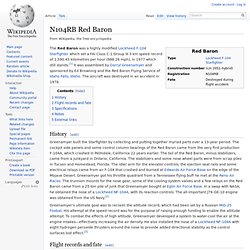 The aircraft was destroyed in an accident in 1978. History[edit] Greenamyer built the Starfighter by collecting and putting together myriad parts over a 13-year period. The cockpit side panels and some control column bearings of the Red Baron came from the very first production F-104A, which crashed in Palmdale, California 22 years earlier. The tail of the Red Baron, minus stabilizers, came from a junkyard in Ontario, California. Greenamyer's ultimate goal was to reclaim the altitude record, which had been set by a Russian MiG-25 Foxbat. Flight records and fate[edit] On 26 February 1978 Greenamyer made a practice run for the altitude record attempt. Specifications[edit] Int F-104 Society (@IntF104Society) F-104 Patches - International F-104 Society. Starfighters.