Hallgrímskirkja. Dreamland Theatre in Tulsa, OK. Haiku Stairs. Angkor Wat. Temple complex in Cambodia Angkor Wat (; Khmer: អង្គរវត្ត, "City/Capital of Temples") is a temple complex in Cambodia and is the largest religious monument in the world, on a site measuring 162.6 hectares (1,626,000 m2; 402 acres).[1] Originally constructed as a Hindu temple dedicated to the god Vishnu for the Khmer Empire, it was gradually transformed into a Buddhist temple towards the end of the 12th century.[2] It was built by the Khmer King Suryavarman II[3] in the early 12th century in Yaśodharapura (Khmer: យសោធរបុរៈ, present-day Angkor), the capital of the Khmer Empire, as his state temple and eventual mausoleum. 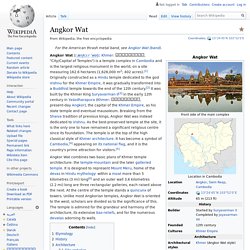 Breaking from the Shaiva tradition of previous kings, Angkor Wat was instead dedicated to Vishnu. As the best-preserved temple at the site, it is the only one to have remained a significant religious centre since its foundation. The temple is at the top of the high classical style of Khmer architecture. Etymology[edit] History[edit] Architecture[edit] Site and plan[edit] Ajanta Caves. Cave 19, Ajanta, a 5th-century chaitya hall. 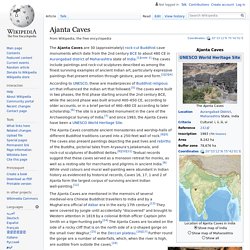 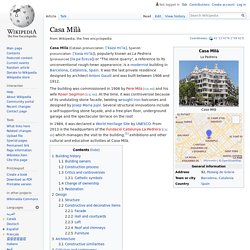 It was the last private residence designed by architect Antoni Gaudí and was built between 1906 and 1912. The building was commissioned in 1906 by Pere Milà [ca; es] and his wife Roser Segimon [ca; es]. Colorado's Bishop Castle. It’s best not to ask Jim Bishop when he might finish his fairy-tale castle. 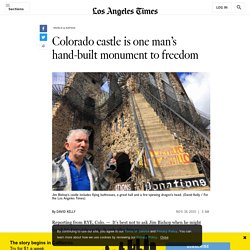 It only riles him up. “When I don’t wake up one morning, then it will be done,” he declared, rising from a chair beside his mighty 160-foot-high fortress of rock and stained glass. “And I don’t need no help from nobody!” His wife, Phoebe, gave him a look. “Jimmy, sit down,” she said as he slowly retook his seat. It’s been a tough year for Bishop. “No one will ever control this castle but me,” he said. For the last 47 years, stone by agonizing stone, Bishop has pursued a dream of building his own mountain redoubt with little more than old National Geographic magazines for architectural guidance. Derinkuyu underground city.

Ancient city in Turkey A passage in the underground city. 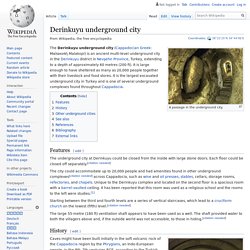 The Derinkuyu underground city (Cappadocian Greek: Μαλακοπή Malakopi) is an ancient multi-level underground city in the Derinkuyu district in Nevşehir Province, Turkey, extending to a depth of approximately 60 metres (200 ft). It is large enough to have sheltered as many as 20,000 people together with their livestock and food stores. It is the largest excavated underground city in Turkey and is one of several underground complexes found throughout Cappadocia. Features[edit] The underground city at Derinkuyu could be closed from the inside with large stone doors. Long Walls. Hi reader in Canada, it seems you use Wikipedia a lot; we think that's great and hope you find it useful. 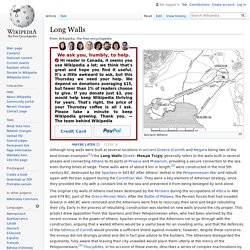 It's a little awkward to ask, but this Thursday we need your help. We depend on donations averaging $15, but fewer than 1% of readers choose to give. If you donate just $3, you would help keep Wikipedia thriving for years. Lake S rv gsvatn in the Faroe islands - Recherche Google. High Line (New York City) Route map: Bing / Google KML is from Wikidata. 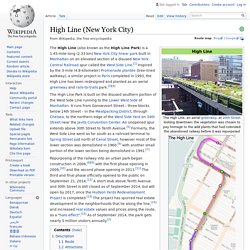 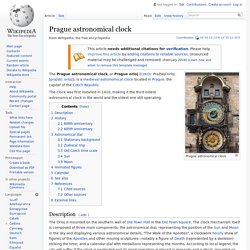 Raising of Chicago. During the 1850s and 1860s engineers carried out a piecemeal raising of the level of central Chicago. 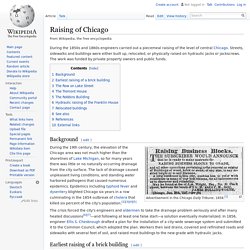 Streets, sidewalks and buildings were either built up, relocated, or physically raised on hydraulic jacks or jackscrews. The work was funded by private property owners and public funds. Background[edit] Stepped Reckoner. Replica of Leibniz's Stepped Reckoner in the Deutsches Museum. [...] it is beneath the dignity of excellent men to waste their time in calculation when any peasant could do the work just as accurately with the aid of a machine.

The Step Reckoner (or Stepped Reckoner) was a digital mechanical calculator invented by German mathematician Gottfried Wilhelm Leibniz around 1672 and completed in 1694.[1] The name comes from the translation of the German term for its operating mechanism; staffelwalze meaning 'stepped drum'. It was the first calculator that could perform all four arithmetic operations: addition, subtraction, multiplication and division.[2] Its intricate precision gearwork, however, was somewhat beyond the fabrication technology of the time; mechanical problems, in addition to a design flaw in the carry mechanism, prevented the machines from working reliably.[3][4] Description[edit] La catedral de sal. Cafe au Go Go. The Cafe au Go Go was a Greenwich Village night club located in the basement of 152 Bleecker Street. The club featured many well known musical groups, folksingers and comedy acts between the opening in February 1964 until closing in October 1969. The club was originally owned by Howard Solomon who sold it in June 1969 to Moses Baruch.

Baruch closed the club in October 1969. Howard Solomon became the manager of singer Fred Neil.[1] Legal problems[edit] Comedian Lenny Bruce and the club's owner, Howard Solomon, were arrested there on obscenity charges in 1964. On December 23, 2003,[8][9] 37 years after his death, Bruce was granted a posthumous pardon for his obscenity conviction by New York Governor George Pataki,[10] following a petition filed by Ronald Collins and David Skover with Robert Corn-Revere as counsel, the petition having been signed by several stars such as Robin Williams. Au Go Go Singers and Comedians[edit] See also[edit] References[edit] Pan-American Highway. The Pan American Highway from Prudhoe Bay, Alaska to Ushuaia, Argentina, with selected official and unofficial routes shown through the U.S.A. and Canada.

The Pan-American Highway (Portuguese: Rodovia / Auto-estrada Pan-americana, Spanish: Autopista / Carretera / Ruta Panamericana) is a network of roads measuring about 48,000 kilometres (30,000 mi) in total length, except for a rainforest break of approximately 100 km (60 mi), called the Darién Gap, the road links almost all of the mainland nations of the Americas in a connected highway system. According to Guinness World Records, the Pan-American Highway is the world's longest "motorable road". However, because of the Darién Gap, it is not possible to cross between South America and Central America by traditional motor vehicle. Lucy the Elephant. Elephant hotel redirects here. For the National Historic Landmark located in Somers, New York, see Elephant Hotel. Lucy the Elephant is a six-story elephant-shaped example of novelty architecture, constructed of wood and tin sheeting in 1881 by James V.

It's my pleasure to be able to share it with you.