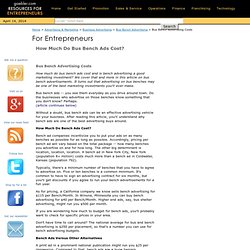 We cover that and more in this article on bus bench advertisements. It turns out that advertising on bus benches may be one of the best marketing investments you'll ever make. Bus bench ads -- you see them everyday as you drive around town. Do the businesses who advertise on those benches know something that you don't know? Perhaps. Without a doubt, bus bench ads can be an effective advertising vehicle for your business. How Much Do Bench Ads Cost? Bench ad companies incentivize you to put your ads on as many benches as possible for as long as possible. Typically, there's a minimum number of benches that you have to agree to advertise on.

As for pricing, a California company we know sells bench advertising for $115 per Bench/Month. If you are wondering how much to budget for bench ads, you'll probably want to check for specific prices in your area. Don't have time to call around? Benefits of Bench Ads. Emerson, Lake & Palmer - Rondo/ Bach Improvisations - Live in Switzerland, 1970.

One night, waiting for Kaya to go to sleep, I turn on the TV to find something to entertain her. And this is one of the channels that came with the TV.. I watch Netflix and YouTube, and thats about all the use this TV gets.. but somehow, maybe baby was playing with the remote or something, but somehow, the channel 1410 or something is playing this. One of the most awesome tracks I never would have crossed paths with otherwise. I only know these folks in the context of this video.. I thought I'd let it stand there. – haxwell

Human-flesh Search Engines in China. How to Cut Insurance Costs by Self-Insuring. Purchasing insurance is always a good idea, and in many instances it is a necessity. 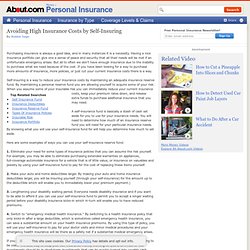 Having a nice insurance portfolio can give one a sense of peace and security that all their needs will be met if an unfortunate emergency arises. But all to often we don't have enough insurance due to the inability to purchase what we need because of the cost. If you have been looking for a way to purchase more amounts of insurance, more policies, or just cut your current insurance costs there is a way. Self-insuring is a way to reduce your insurance costs by maintaining an adequate insurance reserve fund. By maintaining a personal reserve fund you are allowing yourself to acquire some of your risk. Credit Bureaus Were the NSA of the 19th Century. In 1873, the Brooklyn Eagle published this description of the interior of a commercial credit bureau, in an article about the industry and its effects on individuals: A stranger going into one of these agencies during business hours is struck by the stupendous machinery at work before him. 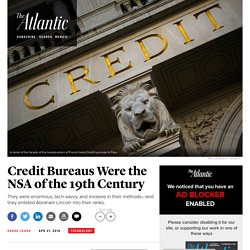 Rows of desks, private rooms, particular departments, scores of busy clerks, hundreds of interested searchers, are around and on all sides of him. A constant stream of busy men, young and old, is flowing in and out all day, and every manuscript volume, of which there are hundreds, seems to be the subject of eager examination. To be accused of spying was, at this point, par for the course for the commercial credit bureaus. But whether you called them spies or correspondents, the agencies relied on networks of locals sending written dispatches back to the central office. “Diabolical jesuitism” is not a phrase that springs immediately to mind when one thinks about credit reports. 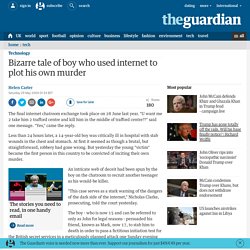 "U want me 2 take him 2 trafford centre and kill him in the middle of trafford centre?? " said one message. "Yes," came the reply. Less than 24 hours later, a 14-year-old boy was critically ill in hospital with stab wounds in the chest and stomach. At first it seemed as though a brutal, but straightforward, robbery had gone wrong. Interesting Search Engines. Soul! Soul! 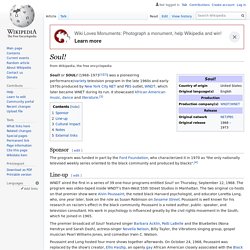 Or SOUL! (1968–1973[1][2]) was a pioneering performance/variety television program in the late 1960s and early 1970s produced by New York City NET and PBS outlet, WNDT, which later became WNET during its run. It showcased African American music, dance and literature.[3] [edit] The program was funded in part by the Ford Foundation, who characterized it in 1970 as "the only nationally televised weekly series oriented to the black community and produced by blacks".[4] Line-up[edit]