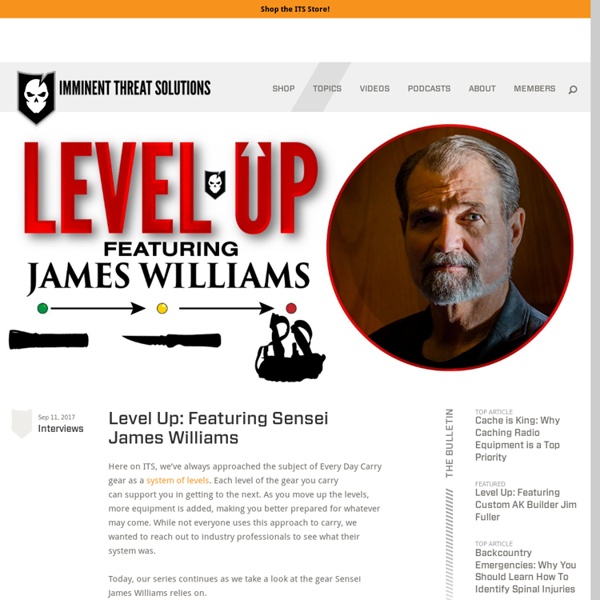 Related:  Being a Human Being, a Person, and a Man

11 Things I Wish I Had Known in My Teens - Adult Tips for My Younger Self In a recent video, Raphael shared 10 things he wishes he had known in his 20s; now that he’s in his 30s and has some hindsight on the matter. I’m currently about halfway through my 20s, and I can say that I found several of those tips to be quite helpful. But there are also some helpful hints I’ve thought up for our teenage readers and viewers; read on to learn what they are. Since I left my teenage years behind, there are a couple of valuable things I’ve learned, but I wish I had known earlier!

Multitasking Is Impossible, So Batch Tasks Instead Ah, but there's the caveat. When it comes to actually doing the tasks that require that creativity — writing, designing, saving the world — batching has its drawbacks. That's because creative ideas don't just burst forth from a never-ending fountain; at a certain point, you run dry. Seven Military Classics The Seven Military Classics (traditional Chinese: 武經七書; simplified Chinese: 武经七书; pinyin: Wǔjīngqīshū; Wade–Giles: Wu ching ch'i shu) were seven important military texts of ancient China, which also included Sun-tzu's The Art of War. The texts were canonized under this name during the 11th century AD, and from the time of the Song Dynasty, were included in most military encyclopedias.[1] For imperial officers, either some or all of the works were required reading to merit promotion, like the requirement for all bureaucrats to learn and know the work of Confucius. There were many anthologies with different notations and analyses by scholars throughout the centuries leading up to the present versions in Western publishing. The Kangxi Emperor of the Qing Dynasty commented on the seven military classics, stating, "I have read all of the seven books, among them there are some materials that are not necessarily right, ... and there are superstitious stuff can be used by bad people."

This Trick Will Keep You From Choking Under Pressure Previous research suggests it has a lot to do with a person's perspective. In a 2012 study from those same CIT researchers, participants were more likely to choke on a hand-eye coordination challenge if they were highly loss averse — in other words, if they disliked losing money more than they enjoyed winning it. Their 2014 study found that the structure of a reward system played a major role, too, though. People were more likely to choke on the challenge if they were trying to win a large sum of money than if they were trying to avoid losing a large sum of money. (This held true even for people who were highly loss averse.)

Journal of Homeland Security and Emergency Management EditorIrmak Renda-Tanali, D.Sc., Editor-in-Chief, Professor, Homeland Security Management and Emergency Management Studies Program Director, The Graduate School,University of Maryland University College; Maryland. Irmak.renda-tanali@umuc.edu Managing EditorSibel McGee, Ph.D., Managing Editor, Principal Analyst, Applied Systems Thinking Institute (ASysT), Analytic Services, Inc. More Tragic Reasons Why You Shouldn’t Punish Your Kids! Authoritarian parenting is all about authority and the use of power to make children listen and follow the rules and guidelines that these parents set for them. What does this type of parenting teach kids, if not the idea that the use of brute force and authority solves all life problems, instills fear in people, and makes them listen to you? This is never ok. The more you punish your kids and tell them that they should either obey you or suffer the consequences, the more they will hate you for it, lose their self-esteem because their feelings and opinions aren’t respected, and then start to believe that aggressiveness, if not violence, is the key in life. Your kids might end up doing this to other people, including their own children in the future.

The United States Army By Jeffrey Hasler Originally published in the July-September 2012 edition of Special Warfare “Let China sleep, for when she awakens the whole world will tremble.” — Napoleon Bonaparte After a decade of large land-power campaigns in southwest Asia and the U.S. Central Command’s area of operations , the national defense guidance Sustaining U.S.

11 Things I'm Terrible At, According to My Wife - Constructive Criticism for Self Improvement As humans, more often than not, we want to present ourselves well and be good at what we do. However, it is an inevitable fact that we will be criticized. Dealing with things we’re not doing right is no easy feat. So today, my wife Teresa joins me to talk about things I’m terrible at, and to share how gentlemen can better handle constructive criticism.

List of Chinese military texts Chinese military texts have existed ever since Chinese civilization was founded. China's armies have long benefited from this rich strategic tradition, influenced by texts such as Sun Tzu's The Art of War, that have deeply influenced military thought.[1] Although traditional Chinese Confucian philosophy favoured peaceful political solutions and showed contempt for brute military force, the military was influential in most Chinese states. The works of well known strategists such as Sun Tzu and Sun Bin have heavily influenced military philosophy, warfare, and political discourse throughout China's long history. My Semester With the Snowflakes In May of 2019, I was accepted to the Eli Whitney student program at Yale University. At 52, I am the oldest freshman in the class of 2023. Before I was accepted, I didn’t really know what to expect.

Outline of thought - Wikipedia, the free encyclopedia - Iceweasel Nature of thought[edit] Thought (or thinking) can be described as all of the following: An activity taking place in a: brain – organ that serves as the center of the nervous system in all vertebrate and most invertebrate animals (only a few invertebrates such as sponges, jellyfish, adult sea squirts and starfish do not have a brain). It is the physical structure associated with the mind. mind – abstract entity with the cognitive faculties of consciousness, perception, thinking, judgement, and memory.

6 powerful phrases every parent should use Sign Up for Our free email newsletters The summer my daughter turned five, I noticed that she came on strong with new friends. She followed them around, sometimes reaching out for her pals' hands, then becoming upset if they pulled away. After one such incident, I hugged my frustrated little one.

Link to how to break out of zip ties. by jgiggles Feb 27

Related:
Related:  Being a Human Being, a Person, and a Man   -  Iron Man   -  A Man for All Seasons (1966)   -  Cheng Man Ching   -  NONPROFIT MAN   -  Man-made Home   -  Burning Man   -  Person Self Social   -  On Being a "Real" Man   -  Living Instructables   -  English Reformation - Wikipedia, the free encyclopedia   -  Awwwards Sites Of The Month   -  How to Increase Testosterone Naturally   -  Heading Out on Your Own: 31 Life Skills in 31 Days — Series Wrap-Up | The Art of Manliness   -  How to Memorize Anything | The Art of Manliness   -  How to Create a Lifelong Brotherhood   -  101 Household Tips for Every Room in your Home | Glamumous!   -  There's Something Absolutely Wrong With What We Do To Boys Before They Grow Into Men   -  Photos of Abandoned Places and Urban Exploration   -  The Apple Game: How Good a Person Are You?   -  Body Language that Shows when someone of the Opposite Sex Fancies you by Bridget Webber | Relating 360   -  Forbidden Places: base de données d'exploration urbaine   -  The problem isn’t that life is unfair – it’s your broken idea of fairness   -  How to Develop the Situational Awareness