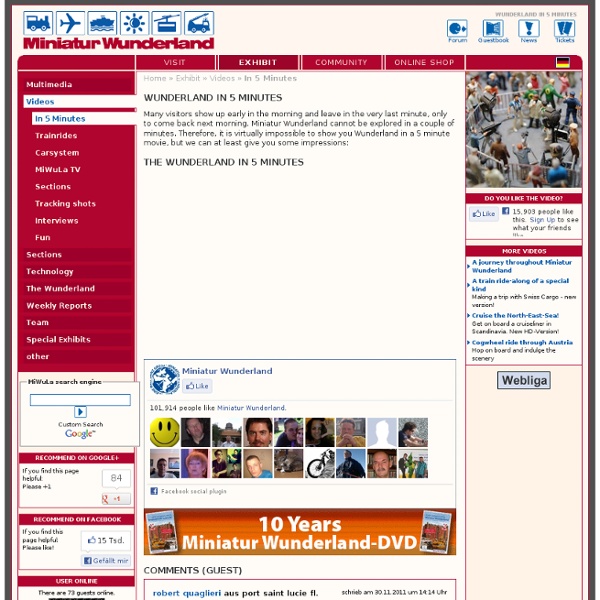 Snow Vehicle Concept (1924) The 'Snow Vehicle' made by Armstead Snow Motors in 1924 is able to drive in the deepest snowdrifts with ease. Jan. 1926 Time Magazine: “Having used the motor car for almost every other conceivable purpose, leading Detroit automobile makers have now organized a company entitled "Snow Motors Inc.," to put out a machine which will negotiate the deepest snowdrifts at six to eight miles an hour. The new car will consist of a Ford tractor power-plant mounted on two revolving cylinders instead of wheels - something on the order of a steam roller." Wiki Music: "I Scream, You Scream, We All Scream For Ice Cream" by Harry Reser's Syncopators (1927) - "Yes Sir! That's My Baby" by Coon Sanders (1926) - "Lila" by Waring's Pennsylvanians (1928) - "Charleston" by Green Hill Instrumental Each day the Flixxy team looks through hundreds of new videos to pull out a few we think are the best.

Good Morning Level 1 Congratulations! You leveled up, but you aren't logged in so we can't save your points. Login Sign Up Share11.5K Tweet132 Share54 Share28 Stumble12 Share11.9K Up Next: Sneaky Cat Teleportation 5902 Hypes | 1429 Bashes Good Morning This must be the most annoying alarm clock if you are a cat. Hype Share11.5K hefert5 Uploaded on Feb 28, 2012 Categories animals Tags funny, cat, dog, morning, bird, animal, pet, good Share Email Embed Share11.9K Video Size: Show More Flag This Item Send by Firefeeder Guest 2 years ago ohhh cute cute cute They must be animal lovers, to put up with all that noise. Punch him in the face! Hahaha that bird is like Pfff I'm still gonna mess with you AlvinAntonio 2 years ago that's a male pigeon. courting the cat. lol... im hearing 10 diffirent pet voices from there Tht lil bird is asking for trouble, yeah so annoying wait till your in his mouth hahahah Actually the bird , Ring necked Dove, is perving on the kitty. I was about to shoot that bird by 0:15 Page 1 What's Hot Related Top More

Watch Conspiracy Documentaries Online Free From the Author: This program presents the staggering story of human sacrifice and satanic rituals involving the most famous people in the world. World famous conspiracy researcher David Icke hosts an interview with Arizona Wilder, formerly Jennifer Greene, who was programmed and trained to conduct satanic rituals by Joseph Mengele a.k.a. the Angel of Death from the Nazi death camps of World War II. Arizona Wilder describes how she conducted rituals in which the Queen, the Queen Mother and other members of the... From the Author: Mark Howitt takes an investigative look into the events and controversy surrounding the Sandy Hook elementary school shooting which happened on December 14th 2012. This documentary explores several aspects of the event and is an attempt to shed some light and provide logical answers to the many questions that remain as to what happened in Newtown. All Wars Are Bankers' Wars: This film explores a common central banking connection behind America's wars.