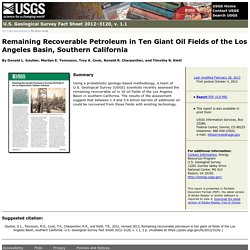 Geological Survey (USGS) scientists recently assessed the remaining recoverable oil in 10 oil fields of the Los Angeles Basin in southern California. The results of the assessment suggest that between 1.4 and 5.6 billion barrels of additional oil could be recovered from those fields with existing technology. Report PDF (0.8 MB) This report is also available in print from: USGS Information Services, Box 25286, Federal Center, Denver, CO 80225 telephone: 888 ASK-USGS; e-mail: infoservices@usgs.gov This report is presented in Portable Document Format (PDF); the latest version of Adobe Reader or similar software is required to view it. 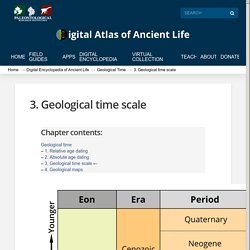 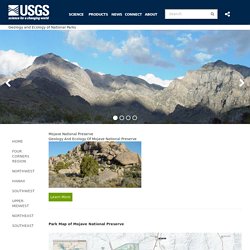 Coachella Valley Preserve. For thousands of years, particles of sand from the San Bernardino Mountains and Indio Hills washed into the Coachella Valley, forming a system of dunes. 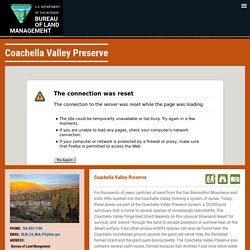 Today, these dunes are part of the Coachella Valley Preserve System, a 20,000-acre sanctuary that is home to several species of increasingly rare wildlife. The Coachella Valley fringe-toed lizard depends on this unusual blowsand desert for survival, and "swims" through the sand to escape predators or summer heat on the desert surface. Four other unique wildlife species can also be found here: the Coachella roundtailed ground squirrel, the giant red velvet mite, the flat-tailed horned lizard and the giant palm-boring beetle. 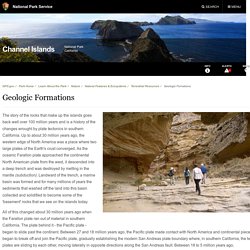 Much is shale, deposited as mud, but there is also sandstone that formed by sand being swept out to sea from the mainland in huge submarine landslides. Not all the sedimentary rocks were deposited below the surface of the ocean, however. As the last piece of the Farallon plate was subducted beneath the continent, the East Pacific Rise - an under-sea mountain range that separated the Farallon plate from the Pacific plate - came into contact with the North American plate. Lost ecosystem found buried in mud of southern California coastal waters. Paleontologists investigating the sea bed off the coast of southern California have discovered a lost ecosystem that for thousands of years had nurtured communities of scallops and shelled marine organisms called brachiopods. 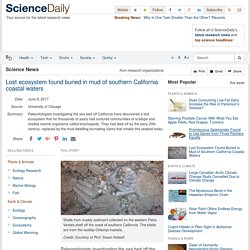 These brachiopods and scallops had thrived along a section of coast stretching approximately 250 miles from San Diego to Santa Barbara for at least 4,000 years. But they had died off by the early 20th century, replaced by the mud-dwellling burrowing clams that inhabit this seabed today. Geologists protest bill to remove state rock. Begin Slideshow 3 Photo: Michael Macor, The Chronicle Garry Hayes, Professor of Geology at Modesto Junior College, holds a sample of solid serpentine, found along Del Puerto Canyon Road, 20 miles west of Patterson, Ca. on Thursday July 15, 2010. 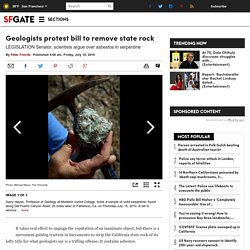 A bill to remove serpentine as California's official state rock was working its way through the state legislature until geologists heard about it and are now taking offense to the proposal.The bill sponsored by a woman whose husband died of asbestos poisoning is supposed to be a symbolic gesture given that serpentine is the source of asbestos. less Garry Hayes, Professor of Geology at Modesto Junior College, holds a sample of solid serpentine, found along Del Puerto Canyon Road, 20 miles west of Patterson, Ca. on Thursday July 15, 2010. A bill to remove ... more Geologists protest bill to remove state rock. Ww2.kqed. Rates of Landsliding and Cliff Retreat Along the Big Sur Coast, California—Measuring a Crucial Baseline. U.S. 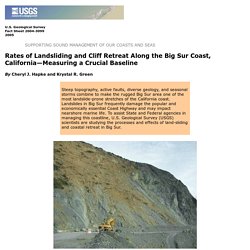 Geological Survey Fact Sheet 2004-3099 2005 By Cheryl J. Hapke and Krystal R. Green Along central California’s Big Sur coast, the rugged Santa Lucia Mountains descend abruptly into the Pacific Ocean. Ocean Explorer. Serpentinites form when seawater reacts with peridotite - rocks that form the Earth's mantle and have been brought up to the seafloor by tectonic processes. 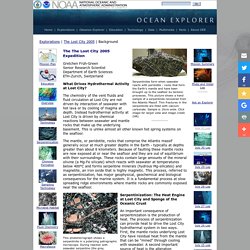 This picture shows a hand sample of a serpentinite recovered from the Atlantis Massif. Thin fractures in the serpentinite are filled with calcium carbonate. Sample is 16cm wide. Click image for larger view and image credit. Volcano Hazards Program. Magma contains dissolved gases, which provide the driving force that causes most volcanic eruptions. 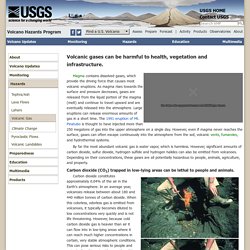 As magma rises towards the surface and pressure decreases, gases are released from the liquid portion of the magma (melt) and continue to travel upward and are eventually released into the atmosphere. Large eruptions can release enormous amounts of gas in a short time. The 1991 eruption of Mt. Pinatubo is thought to have injected more than 250 megatons of gas into the upper atmosphere on a single day. However, even if magma never reaches the surface, gases can often escape continuously into the atmosphere from the soil, volcanic vents, fumaroles, and hydrothermal systems. By far the most abundant volcanic gas is water vapor, which is harmless. Glacial Landforms. SOSE - Coastal Upwelling Online Learning Activity.

Description: This set of tutorials will incorporate datasets from a variety of sources to focus on coastal oceanographic processes and their connections to climate and biology. Pillow lava. Pillow lavas are bulbous, spherical, or tubular lobes of lava. They form during eruptions with relatively low effusion rates. Slow extrusion gives enough time for a thick crust to form on all sides of a pillow lobe, and prevents individual pillows from coalescing into a sheet. Natural Oil Seeps : Woods Hole Oceanographic Institution. There’s an oil spill every day off the coast of Santa Barbara, Calif., where oil is seeping naturally from cracks in the seafloor into the ocean. Lighter than seawater, the oil floats to the surface. Some 20 to 25 tons of oil are emitted each day. (Photo by Dave Valentine, University of California, Santa Barbara) What are Oil Seeps? As much as one half of the oil that enters the coastal environment comes from natural seeps of oil and natural gas.

In locations where seeps are found, oil flows slowly up through networks of cracks, forming springs of hydrocarbons similar to the La Brae tar pits on land. How Vasquez Rocks, L.A.&apos;s onetime outlaw hideout, became &apos;Star Trek&apos;s&apos; favorite alien landscape. The mission, from the day “Star Trek” premiered on America’s televisions on Sept. 8, 1966, was ambitious: “to explore strange new worlds, to seek out new life and new civilizations, to boldly go where no man has gone before.” Where did Gene Roddenberry’s TV series go to find that world? Often as not, it was a piece of alien-looking geology right here in Southern California — amid the jagged, sandstone boulders of Vasquez Rocks Natural Area Park, a Santa Clarita Valley desertscape of prehistoric waves, frozen in time, that has done star turns in Hollywood productions since the 1920s.