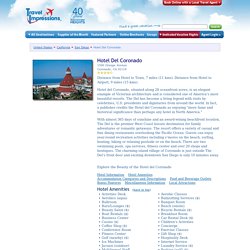 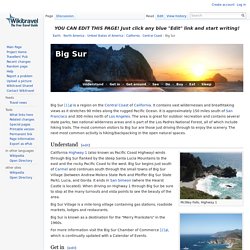 Big Sur is known as a destination for the "Merry Pranksters" in the 1960s. For more information visit the Big Sur Chamber of Commerce [2], which is continually updated with a Calendar of Events. Get in[edit] By car[edit] Big Sur is a remote area accessible only via Highway 1. From San Francisco take US-101 south to CA-156 west which merges with Highway 1 20 miles from the beginning of the Big Sur area. 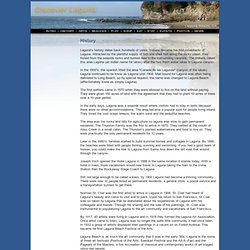 Indians became the first inhabitants of Laguna. Attracted by the plentiful supply of fish and shell fish along the rocky coast, they fished from the seaside rocks and hunted deer in the surrounding canyons. The Indians called this area Lagona (an indian name for lakes) after the two fresh water lakes in Laguna canyon. In the 1800's, the spanish titled the area "Canada de las Lagunas" (canyon of the lakes). Laguna continued to be know as Lagona until 1904. The first settlers came in 1870 when they were allowed to live on the land without paying. In the early days, Lagona was a seaside resort where visitors had to stay in tents because there were no other accommodations. The area was too rocky and hilly for agriculture so laguna was slow to gain permanent residents.

Later in the 1880's, families started to build summer homes and cottages in Laguna. United States - California - Boutique & Luxury Hotels - Smith hotels. CARMEL BY THE SEA. Carmel By The Sea - Carmel, CA. Boutique Hotel in Carmel. What are five things to know about Tradewinds Carmel? - Monterey, Carmel & Big Sur Hotels - Forbes Travel Guide. You’ll have lots on your mind as you’re planning your trip to Tradewinds Carmel in scenic Carmel-by-the-Sea. 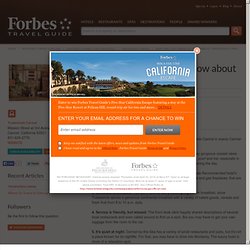 Here are some things to know before you arrive: 1. Dress warmly. You can still do some California dreaming and enjoy gorgeous coastal views here in Northern California, but be sure to bring a warm casual coat, scarf and hat, especially in the wintertime. The sun shines, but it’s often around 52 degrees F during the day. 2. 3. 4. 5. California State Route 1. The highway is famous for running along some of the most beautiful coastlines in the USA, leading to its designation as an All-American Road. 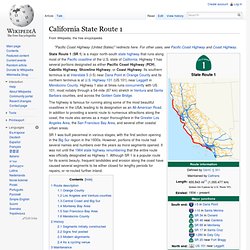 In addition to providing a scenic route to numerous attractions along the coast, the route also serves as a major thoroughfare in the Greater Los Angeles Area, the San Francisco Bay Area, and several other coastal urban areas. Route description[edit] In addition to connecting the coastal cities and communities along its path, Highway 1 provides access to beaches, parks, and other attractions along the coast, making it a popular route for tourists. The route annually helps bring several billion dollars to the state's tourism industry.[8] The route runs right besides the coastline, or close to it, for the most part, and it turns several miles inland to avoid several federally controlled or protected areas such as Vandenberg Air Force Base, Diablo Canyon Power Plant and Point Reyes National Seashore. 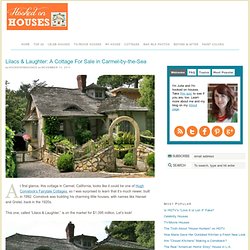 Comstock was building his charming little houses, with names like Hansel and Gretel, back in the 1920s. This one, called “Lilacs & Laughter,” is on the market for $1.395 million. Let’s look! - The Dal Rae. Keepers of the Flambé: 'Classic Dining: America's Finest Mid-Century Restaurants' Gibbs Smith Peter Moruzzi makes your mouth water with a lavishly illustrated trip to the finest historic eateries in America. 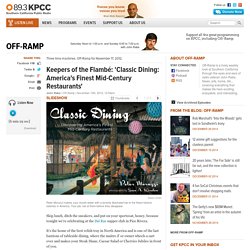 Your job: eat at them before they disappear. Sven Kirsten Dal Rae co-owner Lorin Smith preparing Caesar salad tableside, as he does dozens of times a night at the restaurant his father and uncle founded in the 1950s. Waiter Sterling Constant and author Peter Moruzzi at Antoine's of New Orleans. MAP: Dining out old-school style in Los Angeles (Photos) 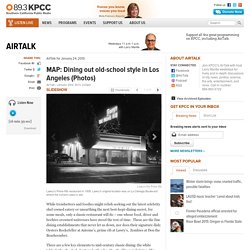