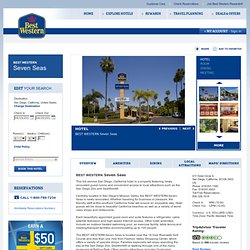 Centrally located in San Diego's Mission Valley, the BEST WESTERN Seven Seas is newly renovated. Whether traveling for business or pleasure, the friendly staff at this southern California hotel will ensure an enjoyable stay. Hotel guests will be close to beautiful California beaches as well as a variety of world class shops and restaurants. Each beautifully-appointed guest room and suite features a refrigerator, cable satellite television and high-speed Internet access. 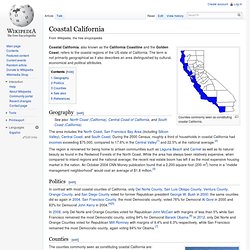 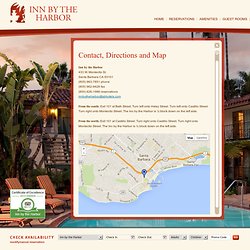 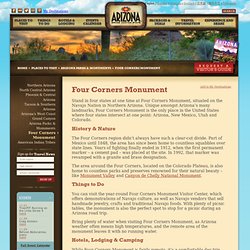 Unique amongst Arizona’s many landmarks, Four Corners Monument is the only place in the United States where four states intersect at one point: Arizona, New Mexico, Utah and Colorado. History & Nature The Four Corners region didn’t always have such a clear-cut divide. Part of Mexico until 1848, the area has since been home to countless squabbles over state lines. Years of fighting finally ended in 1912, when the first permanent marker – a cement pad – was placed at the site.

The area around the Four Corners, located on the Colorado Plateau, is also home to countless parks and preserves renowned for their natural beauty – like Monument Valley and Canyon de Chelly National Monument. Things to Do. America's Most Scenic Roads- Page 3. Muir Woods - Guide to Visiting Muir Woods - Mill Valley California. Muir Woods is the closest place to San Francisco where visitors can see an old-growth stand of coastal redwood trees, just a few miles north of the Golden Gate Bridge.

Proclaimed by President Theodore Roosevelt as the country's seventh national monument in 1917, it was the first created from privately owned land, donated by conservationist William Kent. What You Won't Find at Muir Woods Visitors often arrive asking where the "tree you can drive through" is. It isn't in Muir Woods. There are actually four of them, but they're in Humboldt County further north. 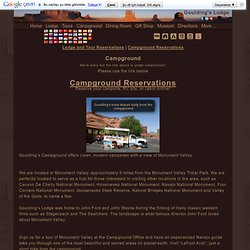 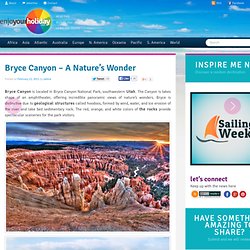 The Canyon is takes shape of an amphitheater, offering incredible panoramic views of nature’s wonders. Bryce is distinctive due to geological structures called hoodoos, formed by wind, water, and ice erosion of the river and lake bed sedimentary rock. The red, orange, and white colors of the rocks provide spectacular sceneries for the park visitors. Most park visitors sightsee using the scenic drive, which provides access to 13 viewpoints over the amphitheaters. Bryce Canyon has eight marked and maintained hiking trails that can be hiked in less than a day. Meadview RV Park and Cozy  Cabins. Guide to Grand Canyon West and the Skywalk - Grand Canyon West and Skywalk Guide.

Updated September 25, 2013 Grand Canyon West and the Skywalk prices and other information for visitors are important for those who want to make their visit to the Hualapai Indian lands attraction a memorable one. 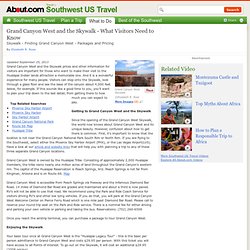 And it is a wonderful experience for many people. Visitors can step onto the Skywalk, look through a glass floor and see the base of the canyon about 4,000 feet below, for example. If this sounds like a good time to you, you'll want to plan your trip down to the last detail, from getting there to how much you can expect to pay. Grand Canyon Natl Park Visitor Information, North Rim. Gouldings rv. Lake powell - Google Search. Dead Horse Point State Park. The Legend Of Dead Horse Point Before the turn of the 19th century, mustang herds ran wild on the mesas near Dead Horse Point. 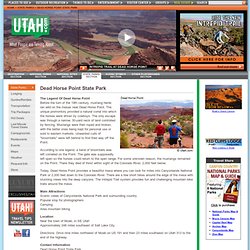 The unique promontory provided a natural corral into which the horses were driven by cowboys. The only escape was through a narrow, 30-yard neck of land controlled by fencing. Mustangs were then roped and broken, with the better ones being kept for personal use or sold to eastern markets. Unwanted culls of "broomtails" were left behind to find their way off the Point. According to one legend, a band of broomtails was left corralled on the Point. Today, Dead Horse Point provides a beautiful mesa where you can look for miles into Canyonlands National Park or 2,000 feet down to the Colorado River. Main Attractions Scenic views of Canyonlands National Park and surrounding country Popular stop for photographers Camping Area mountain biking.

San Francisco Airport Car Rental Search Results. Yosemite National Park - Guide to Planning a Yosemite Vacation. If you're planning a Yosemite vacation, we've been there more than a dozen times and have been answering visitor questions since 1998, so we put together some resources to help you plan your trip like a pro. 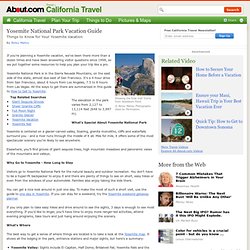 Yosemite National Park is in the Sierra Nevada Mountains, on the east side of the state, almost due east of San Francisco. It's a 4-hour drive from San Francisco, about 6 hours from Los Angeles, 7.5 to 8 hours from Las Vegas. All the ways to get there are summarized in this guide to How to Get to Yosemite. 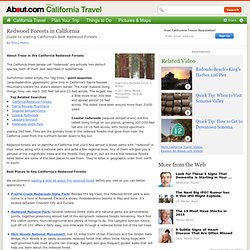 Sometimes called simply the "big trees," giant sequoias (sequoiadendron giganteum) grow only in California's Sierra Nevada Mountains toward the state's eastern border. The most massive living things, they can reach 280 feet tall and 23 feet across. The largest rise a little more than 300 feet and spread almost 30 feet across. The oldest have been around more than 3,000 years Coastal redwoods (sequoia sempervirens) are the tallest living things on our planet, growing 300-350 feet tall and 16-18 feet across, with record specimens soaring 360 feet.

Redwood forests are so plentiful in California that you'll find almost a dozen parks with "redwood" in their name, along with a national park and quite a few regional ones.