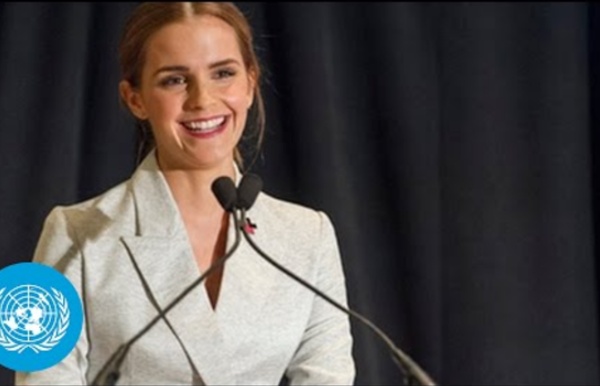 Speech Analysis: How to Critique a Speech Published: Jan 18th, 2008 Studying other speakers is a critical skill, one of the 25 essential skills for a public speaker. The ability to analyze a speech will accelerate the growth of any speaker. The Speech Analysis Series is a series of articles examining different aspects of presentation analysis. You will learn how to study a speech and how to deliver an effective speech evaluation. Later articles will examine Toastmasters evaluation contests and speech evaluation forms and resources. Glass Ceiling: An Invisible Barrier to Success "Glass ceiling" means an invisible upper limit in corporations and other organizations, above which it is difficult or impossible for women to rise in the ranks. "Glass ceiling" is a metaphor for the hard-to-see informal barriers that keep women from getting promotions, pay raises, and further opportunities. The "glass ceiling" metaphor has also been used to describe the limits and barriers experienced by minority racial groups.

Engage Now - Student Interactions - teacher heath Do you hear your students say things like: "No! That's Wrong!" "What are you talking about?" "Stop being so bossy!" 7 surprising and outrageous stats about gender inequality Around the world, the achievements of women are being celebrated on International Women’s Day, which began back in 1911. But the day also highlights the work that remains to be done in order to achieve gender parity. The theme for this year is #BalanceforBetter - encapsulating the idea that a gender-balanced world benefits everyone, economically and socially. And it’s up to everyone, men and women, to make it happen. As the following statistics show, there are huge differences in the types of inequality faced by women in different parts of the world - from cultural representation, to domestic burdens and child marriage. But through collective action and shared ownership, change is possible.

BusyTeacher.org It’s only natural. After all, they are trying to talk in a language they are still working on learning. Still, silence can be deadly in the ESL classroom for your students and you. When you want to get your students to speak up, try one of these fun and simple games to get them talking in class. 1This is How We RollYou can use this simple game as a get to know you at the start of school or later as a get to know you better activity. All you need is one standard die and six questions – either ice breakers or ones that elicit opinions, experience or other personal thoughts. Hillary Clinton's 'glass ceiling' moment Hillary Clinton’s “glass ceiling” speech, the most memorable moment of oratory in her political career, once decisively marked the end of her presidential hopes; now, her supporters see it as an inspiring prelude. Eight years to the day after she declared that, thanks to the number of Democrats who voted for her, the highest, hardest glass ceiling of sexism had "about 18 million cracks in it," Clinton is set to make history as the first woman to become her a major party nominee. Story Continued Below She will finally claim victory Tuesday night in her protracted and unexpectedly bitter fight against Bernie Sanders.

Suffragettes The Suffragettes wanted the right for women to vote. The move for women to have the vote had really started in 1897 when Millicent Fawcett founded theNational Union of Women’s Suffrage. “Suffrage” means the right to vote and that is what women wanted – hence its inclusion in Fawcett’s title. Millicent Fawcett believed in peaceful protest. She felt that any violence or trouble would persuade men that women could not be trusted to have the right to vote.

The 50 Greatest Living Geniuses When we think of genius, what springs to mind? Is it the clichéd image of a man in a lab coat grimacing over beakers and test tubes? Is it the portrait of an artist who plumbs the depths of human expression while shattering boundaries in her chosen medium? Is it the notion of an accidental prodigy, a social misfit with a spectacular, unparalleled, and uncontainable talent? Do you picture an athlete capable of defying the laws of physics in the heat of competition, a prodigy of impenetrable brilliance, or a leader of charismatic distinction? As it happens, any one of these definitions and innumerable others qualify.

33 ways to speak better English If you’re reading this, I imagine you want to speak better English and communicate in a more confident and competent way. When we communicate effectively we are able to express our ideas and opinions, share experiences, and build relationships with others. When we struggle to express ourselves, we feel unvalued and insecure. As human beings, we want to participate in group discussions and have an impact on the society around us. Bob Dylan - Banquet Speech Banquet speech by Bob Dylan given by the United States Ambassador to Sweden Azita Raji, at the Nobel Banquet, 10 December 2016. Good evening, everyone. I extend my warmest greetings to the members of the Swedish Academy and to all of the other distinguished guests in attendance tonight.

Enliven Class Discussions With Gallery Walks Students routinely talking with each other should be a staple in classrooms. We know this as teachers. Social development theory (and I’m sure plenty of your own observational data) backs up the benefits of it. BusyTeacher.org By making sure you use variety in your pronunciation lessons, your students will be more successful with English pronunciation and gain the confidence that comes with it. 1Listen and repeatThis will be the first and most common method of teaching sound specific pronunciation in English. You say the target sound and have your students repeat it after you. If you are teaching a long word with multiple syllables, start with the final syllable of the word and have your class repeat it.

ESL Speaking Murder Mystery Game Learn English with a Murder Mystery This is a 15 to 20 minute group work fluency exercise. Each person is one character.