Gender pay gap means women 'work for free' for rest of 2015 from Monday. Women in full-time employment will effectively work for nothing from now until the new year as a result of the gender pay gap, it has been claimed. 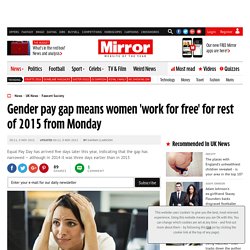 Equal Pay Day marks the point each year at which women effectively stop earning compared with their male counterparts, with official figures putting the current hourly pay gap at 14.2 per cent. The date has arrived five days later this year, indicating that the pay gap has narrowed – although in 2014 it was actually three days earlier than in 2013. Sam Smethers, chief executive of gender equality charity the Fawcett Society , called on the Government to speed up the pace of change. “It is welcome that the date moved in the right direction this year but at current rates of progress it will take 50 years to close the gender pay gap,” she said. Trouble on campus: the rise of ban-happy student leaders. 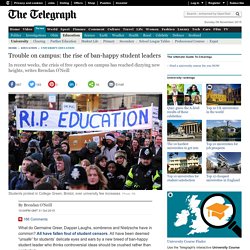 Others have banned lads’ mags because they’re “degrading” to women. At the London School of Economics, student union bureaucrats disbanded the rugby club for a year after it handed out a flyer for a party that had the word “mingers” on it. The rugby lads were re-educated in gender theory. British rape laws need urgent reform to prevent injustice. Propaganda Level: Goebbels. You may recognize this little nugget of precious rhetoric. 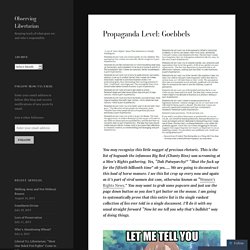 This is the list of hogwash the infamous Big Red (Chanty Binx) was screaming at a Men’s Rights gathering. Yes, “Dah Patwyarchy!” “Shut the fuck up for the fiftieth billionth time” oh yes….. Do Teachers Really Discriminate Against Boys? Worries about the declining academic performance of boys, a topic of increasing alarm this past decade, have intensified recently. 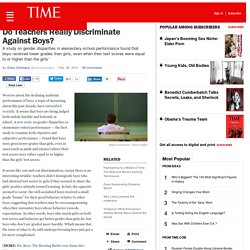 It seems that boys are being judged both unduly harshly and leniently at school. A new study on gender disparities in elementary-school performance — the first study to examine both objective and subjective performance — found that boys were given lower grades than girls, even in cases (such as math and science) where their test scores were either equal to or higher than the girls’ test scores. It seems like out-and-out discrimination, except there is an interesting wrinkle: teachers didn’t downgrade boys who had identical test scores to girls if they seemed to share the girls’ positive attitude toward learning.

(MORE: Ew, Boys: The Brewing Battle over Same-Sex Education) Cmvp.genderdiffs.pdf. Male domestic violence victim: 'I never imagined something like this would happen to me' - Crime - UK - The Independent. Ken Gregory, 65, suffered first and second degree burns to 14 per cent of his body last March after his now ex-wife Teresa Gilbertson, 60, tipped a kettle of boiling water over the back of his head. 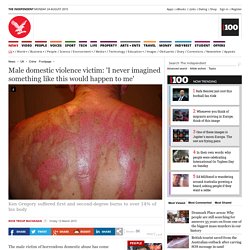 Mr Gregory, a former BT manager from Peterborough, met Gilbertson seven years ago following the death of his first wife of 30 years. On the anniversary of her death, Mr Gregory intended to visit her grave but he and Gilbertson argued, eventually agreeing to divorce. It was then that Gilbertson, who is now awaiting sentencing for a conviction of serious bodily harm, went to make a cup of tea but instead returned with a jug of boiling water – which she poured over her husband’s head.

He had to undergo months of painful recovery Mr Gregory after the attack. Men too are victims of sexism, finds survey. While there is constant discussion about the struggle for gender equality, how much of this concern is directed towards men? 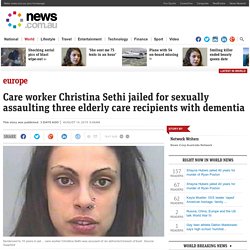 Source: Supplied A CARE worker in the UK has been jailed for the sexual assault of three elderly people with dementia at an aged care facility. Torquay resident Christina Sethi was sentenced to 10 years in prison by Plymouth Crown Court for the crime which has shocked England. The 25-year-old admitted to five offences of sexual assault relating to three residents in her care at the aged residential facility where she worked.

The Mirror reported that Sethi filmed herself sexually assaulting three patients — two women and one men — and sent the video clips to her boyfriend, who was arrested on suspicion of conspiracy to commit sexual assault but was subsequently released without charge. The paper stated that Sethi used a vibrator on one woman and fondled another, and targeted dementia patients as they would not remember the incidents. RealSexism.com - Sexism against men is Real Sexism. 7 Things Feminists Hate to Hear And Absolutely Can’t Talk About. As an outspoken critic of feminism, I have quite a bit of experience interacting, both online and IRL, with feminists, who tend not to take even the mildest criticism of their ideology kindly. 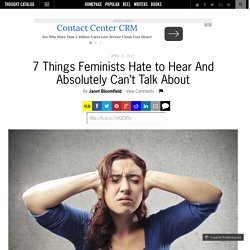 The recent events at the Calgary Expo, where an anodyne critique of feminism as “too eager to embrace victimhood” resulted in a female comic-book creator and her colleagues being banned for life from all expos across Canada run by those particular organizers, offers proof that feminists cannot tolerate the slightest critique of their ideology. But, as Tyrion Lannister observed, “when you tear out a man’s tongue, you are not proving him a liar; you’re only telling the world that you fear what he might say.” Here are seven critiques in particular feminists hate hearing and fight to silence: 1.