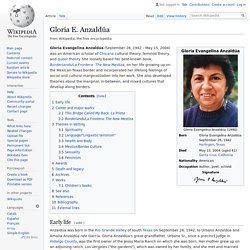 She loosely based her best-known book, Borderlands/La Frontera: The New Mestiza, on her life growing up on the Mexican-Texas border and incorporated her lifelong feelings of social and cultural marginalization into her work. She also developed theories about the marginal, in-between, and mixed cultures that develop along borders. Early life[edit] Anzaldúa was born in the Rio Grande Valley of south Texas on September 26, 1942, to Urbano Anzaldúa and Amalia Anzaldúa née García. Gloria Anzaldúa's great-grandfather, Urbano Sr., once a precinct judge in Hidalgo County, was the first owner of the Jesús María Ranch on which she was born. Transformative_and_Feminist_Leadership_for_Womens_Rights. Building the Bicycle While We Ride It: Five Reflections on Nonprofit Co-Leadership - Non Profit News For Nonprofit Organizations. One of the first photos of Devi and Ruby, the first co-directors of FRIDA | The Young Feminist Fund, together in Oaxaca, December 2013. 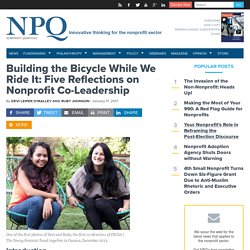 When Ruby Johnson was first hired at FRIDA | The Young Feminist Fund in July 2013, she was the only full-time staff member. Briefing 70. Putting feminism at the heart of governance. Shirley Otto explores what all charities can learn from a recent investigation of governance within feminist organisations 26th May 2014 by TFN Guest Shirley Otto Feminist organisations have long considered how to embed their values into the management of their organisations, but there is an argument that all charities should seek to introduce feminist values. 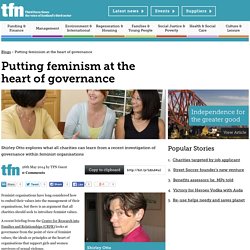 A recent briefing from the Centre for Research into Families and Relationships (CRFR) looks at governance from the point of view of feminist values; the ideals or principles at the heart of organisations that support girls and women survivors of sexual violence. Feminist movement builders dictionary jass. Feminist Popular Education. The JASS community is steeped in a particularly political way of learning, analyzing, and taking action. 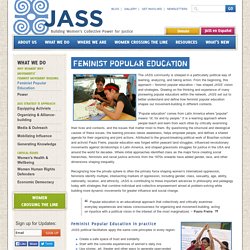 From the beginning, this approach – feminist popular education – has shaped JASS’ vision and strategies. Drawing on the thinking and experience of many pioneering popular educators within the network, JASS set out to better understand and define how feminist popular education shapes our movement-building in different contexts. “Popular education” comes from Latin America where “popular” means “of, for and by people.” It is a learning approach where people teach and learn from each other by critically examining their lives and contexts, and the issues that matter most to them. By questioning the structural and ideological causes of these issues, the learning process raises awareness, helps empower people, and defines a shared agenda for their organizing and joint actions.

JASS political facilitators apply the same core principles in every region: We Should All Be Feminists: Amazon.co.uk: Chimamanda Ngozi Adichie: 9780008115272: Books. Review ‘The book I'd press into the hands of girls and boys, as an inspiration for a future "world of happier men and happier women who are truer to themselves"’ Books of the Year, Independent ‘One and a half million YouTube viewings later, this small but perfectly formed talk has become an equally small but perfectly formed book, thanks to Fourth Estate. 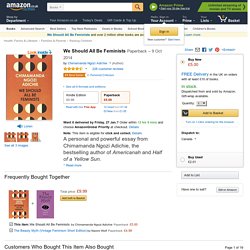 The perfect size in fact for handbags, pockets and Christmas stockings. There really is no excuse not to buy several’ Harpers Bazaar Praise for Chimamanda Ngozi Adichie: ‘A writer with a great deal to say’ The Times 'Here is a new writer endowed with the gift of ancient storytellers.’ You Can Bring Feminist Leadership to Work – Here Are 5 Genius Ways to Make It Happen - Everyday Feminism. Bell hooks - Wikipedia. Gloria Jean Watkins (born September 25, 1952), better known by her pen name bell hooks,[1] is an American author, feminist, and social activist. 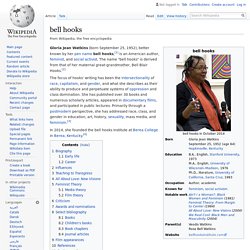 The name "bell hooks" is derived from that of her maternal great-grandmother, Bell Blair Hooks.[2] In 2014, she founded the bell hooks Institute at Berea College in Berea, Kentucky.[4] Biography[edit] Early life[edit] She graduated from Hopkinsville High School in Hopkinsville, Kentucky. Career[edit] Hooks's teaching career began in 1976 as an English professor and senior lecturer in Ethnic Studies at the University of Southern California. Ain't I a Woman? Since the publication of Ain't I a Woman? She is frequently cited by feminists[8][9][10] as having provided the best solution to the difficulty of defining something as diverse as "feminism", addressing the problem that if feminism can mean everything, it means nothing. 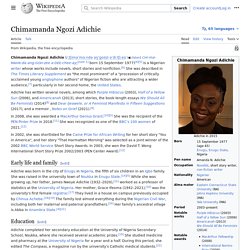