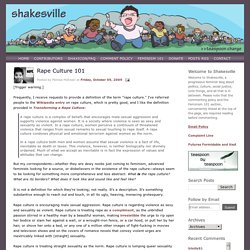 Frequently, I receive requests to provide a definition of the term "rape culture. " I've referred people to the Wikipedia entry on rape culture, which is pretty good, and I like the definition provided in Transforming a Rape Culture: A rape culture is a complex of beliefs that encourages male sexual aggression and supports violence against women. It is a society where violence is seen as sexy and sexuality as violent. In a rape culture, women perceive a continuum of threatened violence that ranges from sexual remarks to sexual touching to rape itself. But my correspondents—whether they are dewy noobs just coming to feminism, advanced feminists looking for a source, or disbelievers in the existence of the rape culture—always seem to be looking for something more comprehensive and less abstract: What is the rape culture? It is not a definition for which they're looking; not really.

10 Types of Misogynist Men We All Need to Know About – And Then Call Out! How best to articulate and combat? : TwoXChromosomes. So I saw this today: When I saw it, my sense was that it reeked of casual sexism, with a lot of the insults from the disgruntled employee being strongly gendered, as though the incompetence of the manager was somehow linked to being a woman, and needlessly sexualized ("Your breath reeks of corporate cock"). 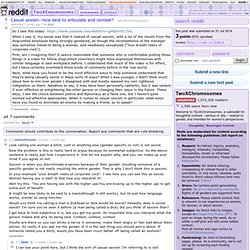 First, am I imagining this? It seems reasonable that someone who is comfortable putting those things in a video for fellow disgruntled coworkers might have expressed themselves with similar language in said workplace before. I understand that much of the video is for effect, but I have certainly overheard those kinds of comments before in the real world.

Next, what have you found to be the most effective ways to help someone understand that they're being casually sexist in these sorts of ways? If Women's Roles In Ads Were Played By Men. Smpx comments on Why won't women come to our parties? Male actor dresses as woman to experience sexual harassment. The sacrifices some people make.. How do you see past or ignore the rampant gender bias on Reddit? : TwoXChromosomes. How Misandrist Are You. Remember that idea of a porn site with hot guys and average looking girls? Well, I'm doing it. : TwoXChromosomes. A place of equality and acceptance. WHAT WE PRETEND, "Don’t Tell Me To Smile: A No-Nonsense Guide to... Feminist Interpretations of Emma Goldman - Google Books. Listen Carefully, This Is What Rape Culture Sounds Like In America. 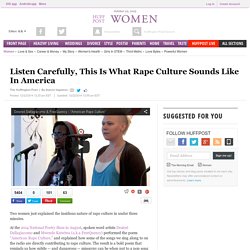 At the 2014 National Poetry Slam in August, spoken word artists Desireé Dallagiacomo and Mwende Katwiwa (a.k.a FreeQuency) performed the poem "American Rape Culture," and explained how some of the songs we sing along to on the radio are directly contributing to rape culture. The result is a bold poem that reminds us how subtle -- and dangerous -- misogyny can be when put to a pop song tune. Dallagiacomo begins the spoken word by pointing out that Robin Thicke sings the line "I know you want it," 18 times in "Blurred Lines.

" Katwiwa adds that in Rick Ross' "You Ain't Even Know It" the rapper says, “Put molly all in her champagne, she ain't even know it. Took her home and I enjoyed that, she ain’t even know it.” "If you take the time on any given day to pay attention, you really start to notice these elements of rape culture permeating almost all areas of American life," Katwiwa told The Huffington Post. Rebel Girls: Our “False Rape” Hysteria is Bullsh*t. Header by Rory Midhani As soon as the Rolling Stone piece on a University of Virginia gang rape began to unravel, I knew what was coming. 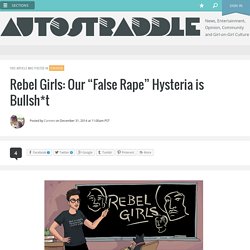 The air smelled vaguely of freshly-purchased fedoras. The Internet felt defensive. The Female Character Flowchart. SUSURRATIONS: "If he’s not calling you, it’s because you are not... 101 Everyday Ways for Men to Be Allies to Women. I’ve considered myself a feminist and male ally to women for quite some time. 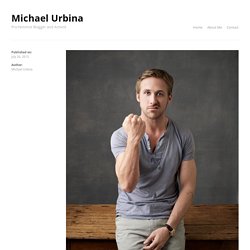 When I took my first Women’s Studies class two years ago with Professor Denise Witzig, little did I know that it would take me down an unsuspecting, beautiful, and transformative path towards feminism. Below, I’ve complied a list of 101 everyday ways for men to be allies to women. I must acknowledge that this post was written with cisgender, heterosexual men as a possible, target audience due to the lack of support from this group. However, I feel that many of these points are applicable on a broader scale.