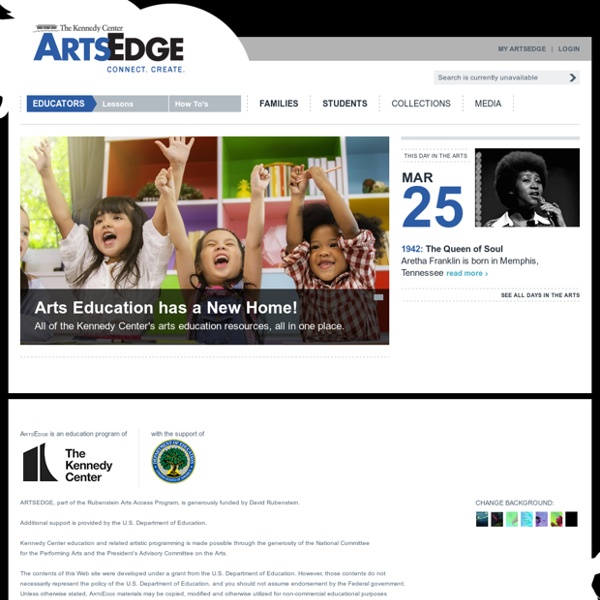 Making of America aking of America (MoA) is a digital library of primary sources in American social history from the antebellum period through reconstruction. The collection is particularly strong in the subject areas of education, psychology, American history, sociology, religion, and science and technology. The collection currently contains approximately 10,000 books and 50,000 journal articles with 19th century imprints. For more details about the project, see About MoA. Making of America is made possible by a grant from the Andrew W. How to Remove Advertisements from Websites : Lab 99 Web Design Web users divide online advertisements into two types: Good advertisements: those which are available only to people who actively want to see them, like the classified ads in the old Yellow Pages. Bad advertisements: those which are forced onto people’s computer monitors without permission. Unsolicited Advertisements are Annoying

Ut queant laxis Ut queant laxis or Hymnus in Ioannem are verses in honour of John the Baptist written in Horatian Sapphics by Paulus Diaconus, the eighth century Lombard historian. The first syllable of each hemistich (half line of verse) has given its name to a successive note. The use of Ut queant laxis to name the tones is usually attributed to Guido of Arezzo in the eleventh century, who proposed a name for the first six tones. Later, the "si" was added in the 18th century. The musical origins of the hymn are less clear, but the melody shares a common ancestor with the eleventh-century arrangement of Horace's Ode to Phyllis (4.11) recorded in the Montpellier manuscript H425.

RAFT:read/Audience/Format/Topic Classroom Strategies Background RAFT is a writing strategy that helps students understand their role as a writer, the audience they will address, the varied formats for writing, and the topic they'll be writing about. By using this strategy, teachers encourage students to write creatively, to consider a topic from a different perspective, and to gain practice writing for different audiences. Students learn to respond to a writing prompt that requires them to think about various perspectives (Santa & Havens, 1995):

Dalcroze Society of America - What is Dalcroze? The Dalcroze approach to music education teaches an understanding of music – its fundamental concepts, its expressive meanings, and its deep connections to other arts and human activities – through ground breaking techniques incorporating rhythmic movement, aural training, and physical, vocal and instrumental improvisation. Since the early 1900’s, the influence of Emile Jaques-Dalcroze has been felt worldwide in the field of music as well as in dance, theatre, therapy and education. In his own time, Dalcroze’s work was considered avant-garde and it met with some resistance, yet he continued to probe the topic of music education reform throughout his life.

a Program of the National Park Service NEW! Arthurdale: A New Deal Community Experiment Explore Arthurdale, West Virginia, and discover a town founded during the Great Depression when First Lady Eleanor Roosevelt championed subsistence homestead communities for struggling Americans across the country. In this lesson, learn about the impoverished Appalachian mining town that Arthurdale's homesteaders left and the Progressive-era theories about communal work, school, and rural life they tested at their new home. The Best Search Engines of 2017 Most people prefer to rely on just one or two search engines that deliver three key features: Relevant results (results you are interested in)Uncluttered, easy-to-read interfaceHelpful options to broaden or tighten a search The possibilities we highlight should help you find the best search engine for your needs. These are mainly web page search engines, but others exist, too, for specific searches. There are search engines just for people, images, and, of course, jobs.

December 2012 Lesson Plan: Creative Writing Story Starters by Sarah Sahr Creative writing is one of the best ways to get to know your students. Once students are comfortable enough in English to put pen to paper (or fingers to keyboard), a wealth of teaching and learning opens up. However, as we all know, there are challenges. What is the hardest part about writing a story?