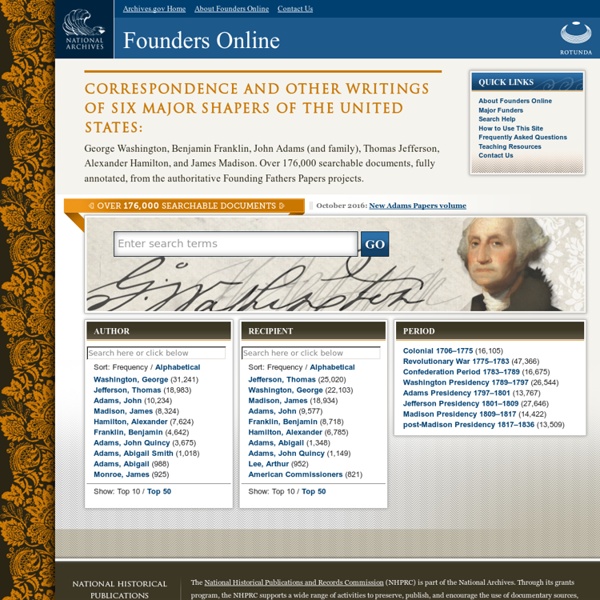 History vs. Richard Nixon - Alex Gendler | TED-Ed Special thanks to Stanley Kutler. There is plenty more to understand about Richard M. Nixon. Here is a link to the Nixon Library where you can find out about his childhood, family, and post-presidency. Still interested in who Richard Nixon really was and where he came from? Take a closer look at Nixon’s often-overlooked accomplishments and environmental initiatives, as well as an explanation of his actions and the context in which they occurred. But don’t forget about the seriousness of the Watergate crimes, the terrible legacy of the Chilean coup, and what recently declassified tapes reveal about his campaign’s interference in the Vietnam peace efforts.

Secret Money Floods Judicial Elections AP Photo/Wisconsin State Journal, M.P. King, Pool Members of the Wisconsin Supreme Court take their chairs before hearing a case at the state Capitol in Madison, Wisconsin. John Paul Stevens called it right. Dissenting in 2010 from the Supreme Court’s notorious Citizens United ruling to overturn limits on big spending in campaigns, the now-retired Supreme Court justice warned that the decision’s toxic implications would extend beyond ordinary political contests to the elections that fill powerful state supreme court seats. Discomfiting figures from the latest round of state judicial races bear out that grim forecast. The same seamy money game that defines races for political office post-Citizens United—unlimited spending by special interests and barrels of secret money—has also invaded contests for the courthouse. The upshot: a deepening threat to judicial integrity and to the nation’s core principle of fair and impartial courts. Advertisement PinIt Share63InstapaperPocketEmailPrint

Women's History Month: Six Lesson Plan Resources for Teachers March is Women’s History Month, and International Women’s Day, March 8, is also a part of the celebration each year. For educators and students, the month provides a wonderful opportunity to explore and dig deeper into women’s contributions, struggles, and triumphs throughout history. A great place to start is the National Women’s History project, where students can explore this year’s theme, “Nevertheless, She Persisted: Honoring Women Who Fight All Forms of Discrimination Against Women.” Teachers will find some great resources for incorporating women’s history into lessons this month and beyond, as well as for exploring gender roles and stereotypes with students. TeachingHistory.org’s Women’s History Resources: This is a one-stop shop for diving deep into Women’s History Month. Educators will find learning resources, lesson plans, and a long list of quizzes and printables for the classroom. Discussing Gender Roles and Stereotypes in Class

New Analysis: 2016 Judicial Elections See Secret Money and Heightened Outside Spending Politicized and High-Dollar Races Threaten Fair and Impartial Courts In an election season that has seen an unprecedented blockade of President Obama’s Supreme Court nominee, Merrick Garland, it’s easy to overlook troubling developments for judicial selection at the state court level, where 95 percent of all cases are heard. In total, 39 states hold elections to choose all or some of their judges. This November, 27 states will hold elections for seats on their highest courts. Looking forward, the Brennan Center has also identified judicial election battlegrounds to watch this fall — the states where harsh and expensive supreme court races look likely, based on indicators such as spending in primaries, candidate fundraising, and statements by politicians and interest groups. The Brennan Center is monitoring all state supreme court contests this fall and will be issuing periodic releases and analyses in the lead-up to Election Day. States to Watch in 2016

How False Narratives of Margaret Sanger Are Being Used to Shame Black Women - Rewire In the wake of the attacks by the Center for Medical Progress, Planned Parenthood’s origins and its founder, Margaret Sanger, have once again become the center of conversations regarding Black women and abortion. And since anti-choice fanatics seem utterly incapable of making an honest argument in support of their position that Black women should be forced into childbirth rather than permitted to make their own decisions about what to do with their bodies, they resort to lies, misinformation, and half-truths about Sanger and the organization she founded. Anti-choicers wield misattributed and often outright false quotes about Sanger as weapons to shame Black women for exercising their right to choose, and even more nonsensically, to shame them for supporting Planned Parenthood. “Margaret Sanger was a racist and a eugenicist! Appreciate our work? Rewire is a non-profit independent media publication. But on to the truth about Margaret Sanger. Sanger was pro-birth control and anti-abortion.

Unbreakable: Remembering the Code Talkers Navajo Code Talkers Henry Bake and George Kirk, 12/1943 (ARC 593415) Keith Hill passed away yesterday at the age of 87. He was president of the Navajo Code Talkers Association and Congressional Silver Medal recipient. At 17, he joined the Navajo Code Talkers, a group of men who used their Native American language to communicate and coordinate the movements of Marines in the Pacific Theater during World War II. Hill started with the U .S. Marine Corps in December of 1943, and he fought at the Marshall Islands, Sai Pan, and Iwo Jima. Encryption could be a complicated and time-consuming task. Philip Johnston, the son of a missionary, had presented the idea of Navajo speakers to the Marines. Why Navajos? But after a demonstration on February 28, 1942, General Vogel wrote to the U.S. The initial recruits came up with the code, creating a vocabulary for military terms. They created a system that signified the 26 letters of the English alphabet. Capt. First 29 Navajo U.S.

10 Ways Local Police Are Spying on Your Community – Medium The proliferation in local police departments’ use of surveillance technology, which in most places has occurred without any community input or control, presents significant threats to civil rights and civil liberties that disproportionately impact communities of color and low-income communities. Here is a list of costly and invasive surveillance technologies that might be recording you, your family, and your neighbors right now: 1.) Closed-circuit television (CCTV) cameras CCTV allows the police to monitor us any time we are in a public space, even if they have no reason for doing so. Despite proof that CCTV is ineffective in reducing crime, these cameras are widely deployed, especially in communities of color and low-income communities. 2.) The device mimics a cell phone communications tower, causing your cell phone to communicate with it. 3.) 4.) 5.) 6.) The mobile technology uses x-ray radiation to see what no human eye can, including through clothing and car exteriors. 7.) 8.) 9.)