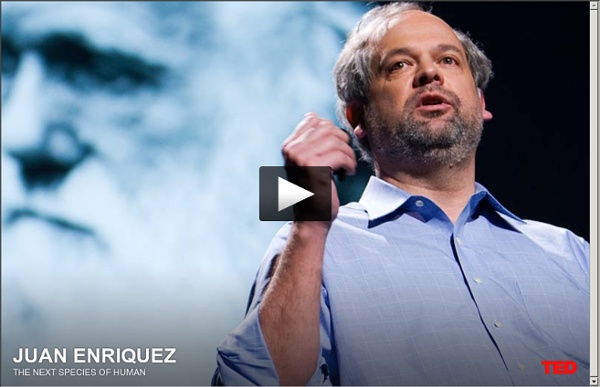 Danila Medvedev Danila Andreevich Medvedev (Russian: Данила Медведев) (born March 21, 1980 in Leningrad (now Saint Petersburg)) is a Russian futurologist and politician. Specialising in the science and future of Russia, Medvedev serves as a member of the coordination council of the who serves as a membe Russian Transhumanistic Movement. In May 2005 he helped found KrioRus, the first cryonics company outside of the United States.[1] Since August 2008, he has worked as Chief Planning Officer and Vice-President of the Science for Life Extension Foundation, based in Moscow. Education and career[edit] Medvedev graduated from the International Management Institute of St. Petersburg (IMISP) in 2000. Child Care For Dummies The second part to Pregnancy for Dummies. Even funnier! Part I of this can be found at <a rel="nofollow" href=" onclick="javascript:_gaq.push(['_trackEvent','outbound-article',' marketing</a> <a rel="nofollow" href=" onclick="javascript:_gaq.push(['_trackEvent','outbound-article',' target="_blank">ad exchange</a> children, Comedy, Comic, Fun, Funny, Humor, Jokes, kids childcare, dummies, funny, humour, joke

Clarke's three laws Clarke's Three Laws are three "laws" of prediction formulated by the British science fiction writer Arthur C. Clarke. They are: 5 Great Science Books to Expand Your Mind From the dynamics of social networks to market bubbles, science has a lot to say about the world of technology. One of the great discoveries of modern science was the realization of how interconnected the world is. The deterministic, Newtonian view of a clockwork Universe was replaced by the much more dynamic, uncertain and entangled world of Quantum Mechanics. The new world is the one where Godel forever cut hopes for completeness in mathematics and Turing showed that computation, like the future, is fundamentally unpredictable.

Ten Anime Films You Should See Before You Die One of the most surprising, and gratifying, things that has happened since I started my blog, Tim Maughan Books, a year or so ago is the positive feedback I’ve had for the anime reviews—especially from people I know are far from being massive fanboys like myself. It’s gratifying because its part of the reason I started writing them; to try and introduce the medium to people who had never really indulged in it all, at least not past perhaps watching Spirited Away with their kids. The problem is, once you’ve had your first taste, where do you go next? Type ‘anime’ into Google and the results are bewildering, and without a little bit of guidance and a quality filter finding something to watch can be a daunting task. There’s a lot of shit out there, plus a lot of stuff that isn’t really meant for you…unless you’re a ADHD stricken 12 year old emo-ninja-obsessed boy that refuses to eat anything except Pocky and instant Ramen. Akira (1988)

Transportation Various segments of the passenger compartments on these high-speed maglev trains can be removed as the train passes through the station. These removable sections can then take passengers to their local destinations while other compartments are lowered in their place. This method allows the main body of the train to remain in motion, thus conserving energy. In addition, the removable multi-functional compartments could be specially equipped to serve most transportation purposes. Since military aircraft will be unnecessary in the future, emphasis can be shifted to advancing medical, emergency, service, and transportation vehicles. Here is an example of VTOL (Vertical Take-off and Landing) aircraft with three synchronous turbines, which allow for exceptional maneuverability.

HERO: Man Lives on cliff and talks down suicide jumpers...for last 50 years // Current To Our Faithful Current.com Users: Current's run has ended after eight exciting years on air and online. The Current TV staff has appreciated your interest, support, participation and unflagging loyalty over the years. Your contributions helped make Current.com a vibrant place for discussing thousands of interesting stories, and your continued viewership motivated us to keep innovating and find new ways to reflect the voice of the people. We now welcome the on-air and digital presence of Al Jazeera America, a new news network committed to reporting on and investigating real stories affecting the lives of everyday Americans in every corner of the country.

Energy None of these mega-projects will ever be undertaken without a comprehensive study of the positive and negative retroactions involved. As refinements in conversion technologies increase its feasibility, geothermal energy will come to take on a more prominent role. Readily available in various geographical regions throughout the world, both on land and under the sea, this energy source alone could provide enough clean energy for the next thousand years. These underwater structures are designed to convert a portion of the flow of the Gulf Stream through turbines to generate clean electric power. Jamais Cascio Jamais Cascio is a San Francisco Bay Area-based writer and futurist specializing in design strategies and possible outcomes for future scenarios.[citation needed] Biography[edit] Jamais Cascio resides in the San Francisco Bay Area[1] Cascio received his undergraduate degree from UC Santa Cruz and later attended UC Berkeley. In the 1990s, Cascio worked for the futurist and scenario planning firm Global Business Network.[2] In 2007 he was a lead author on the Metaverse Roadmap Overview.[3] Online projects[edit]

Solar goes Hyper in the U.S. As the U.S. government continues to heap billions in subsidies to the world's wealthiest coal and oil companies, the solar industry has been struggling to make it in the United States. This is sad for many reasons, not the least of which is that we're missing out on one of the biggest growth industries in the world. Currently there are 16 gigawatts of installed solar power globally. That number will grow to about 1,800 gigawatts in the next 20 years, making it one of the best job creators. U.S. engineers invented the solar panel, and the U.S. should be dominating that market. Instead, foreign manufacturers (particularly in China) have taken our IP and run with it, as we become increasingly dependent on foreign oil and dirty coal operations to meet our power needs.

CIA - The World Factbook People from nearly every country share information with CIA, and new individuals contact us daily. If you have information you think might interest CIA due to our foreign intelligence collection mission, there are many ways to reach us. If you know of an imminent threat to a location inside the U.S., immediately contact your local law enforcement or FBI Field Office. Futurist Speaker Thomas Frey – Celebrity Keynote, Futurologist, Writer, & Author, of Future Trends & Emerging Technology Author of the 2011 book “Communicating with the Future,” Futurist Speaker Thomas Frey is a powerful visionary who is revolutionizing our thinking about the future. “The greatest value in understanding the future comes from spotting the major cultural, demographic, societal, and economic shifts early and translating them in to viable business strategies,” says Tom. Thomas continually pushes the envelope of understanding as part of the celebrity speaking circuit by creating fascinating images and understandings of the world to come. He has been fortunate enough to headline events along with some of today’s most recognizable figures: Tom Peters, Nobel Peace Prize winner Mohammad Yunus; former CEO of General Electric, Jack Welch; former New York City Mayor Rudy Giulliani; Former President of Colombia, Andrés Pastrana; Prime Minister of Spain, Felipe González Márquez; Nobel Prize winning economist Joseph Stiglitz; Saudi Prince Turki Al-Faisal; and former World Bank President James Wolfensohn.