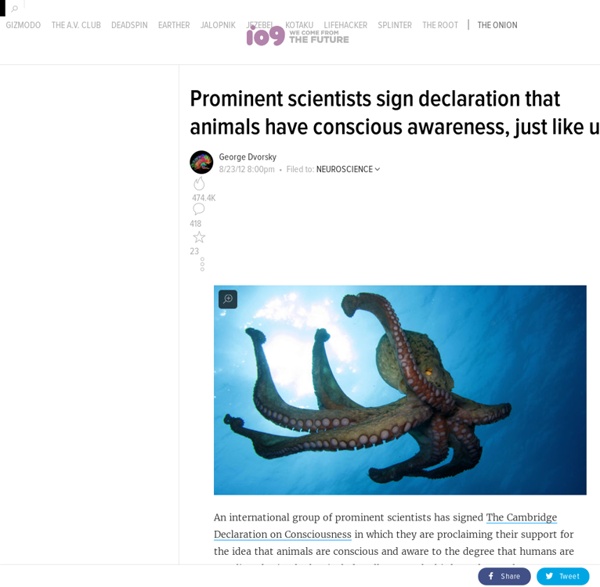 Collected Quotes from Albert Einstein [Note: This list of Einstein quotes was being forwarded around the Internet in e-mail, so I decided to put it on my web page. I'm afraid I can't vouch for its authenticity, tell you where it came from, who compiled the list, who Kevin Harris is, or anything like that. Still, the quotes are interesting and enlightening.] "Any intelligent fool can make things bigger, more complex, and more violent. Copyright: Kevin Harris 1995 (may be freely distributed with this acknowledgement)

An Essay by Einstein -- The World As I See It "How strange is the lot of us mortals! Each of us is here for a brief sojourn; for what purpose he knows not, though he sometimes thinks he senses it. But without deeper reflection one knows from daily life that one exists for other people -- first of all for those upon whose smiles and well-being our own happiness is wholly dependent, and then for the many, unknown to us, to whose destinies we are bound by the ties of sympathy. "I have never looked upon ease and happiness as ends in themselves -- this critical basis I call the ideal of a pigsty. "My passionate sense of social justice and social responsibility has always contrasted oddly with my pronounced lack of need for direct contact with other human beings and human communities. "My political ideal is democracy. "This topic brings me to that worst outcrop of herd life, the military system, which I abhor... "The most beautiful experience we can have is the mysterious. See also Einstein's Third Paradise, an essay by Gerald Holton

Einstein Logical Paradoxes Weirdest Animals You Never Seen Before Posted on 11. Dec, 2007 by Alicia in Animals These are some weirdest animals you ever seen before. Interesting piece of information. Sun Bear The Sun Bear (Helarctos malayanus) is a bear found primarily in the tropical rainforests of Southeast Asia . Females are 27 inches (69cm) at the withers. Angora Rabbit The Angora rabbit is a variety of domestic rabbit bred for its long, soft hair. Red Panda The Red Panda, Ailurus fulgens (“shining cat,” from a Latinized form of the Greek, ailouros, “cat,” and the participial form of the Latin fulgere, “to shine”) is a mostly herbivorous mammal, slightly larger than a domestic cat (55 cm long). Sloth Sloths are medium-sized mammals that live in Central and South America belonging to the families Megalonychidae and Bradypodidae, part of the order Pilosa. Emperor Tamarin The Emperor Tamarin (Saguinus imperator) is a tamarin allegedly named for its similarity with the German emperor Wilhelm II. White-faced Saki Monkey Tapir Hagfish Star-nosed Mole Axolotl Alpaca

Animals The Three Phases of Life One of life's great fascinations is watching people evolve over time. Some people grow and develop, while others seem to be stuck in patterns that limit their happiness and well-being. Others excel in certain areas of their lives while failing miserably in others. A small few are spectacularly successful by conventional measures yet are perpetually dissatisfied. Is there a simple model we can use to make sense of these observations? Many years of watching and thinking have led me to believe that we can further our understanding by simplifying the problem. I want to be a little precise with words here. Why is this important? Schlepper Let us begin with the first state. This term comes from the Yiddish verb "schlep," which means "to drag." Literally, a schlepper is a carrier. First of all, just because you are schlepping does not mean you are forbidden to think. In general, we all need to schlep. Schleppers quickly perceive the great injustice of life. So, we all start out as schleppers.